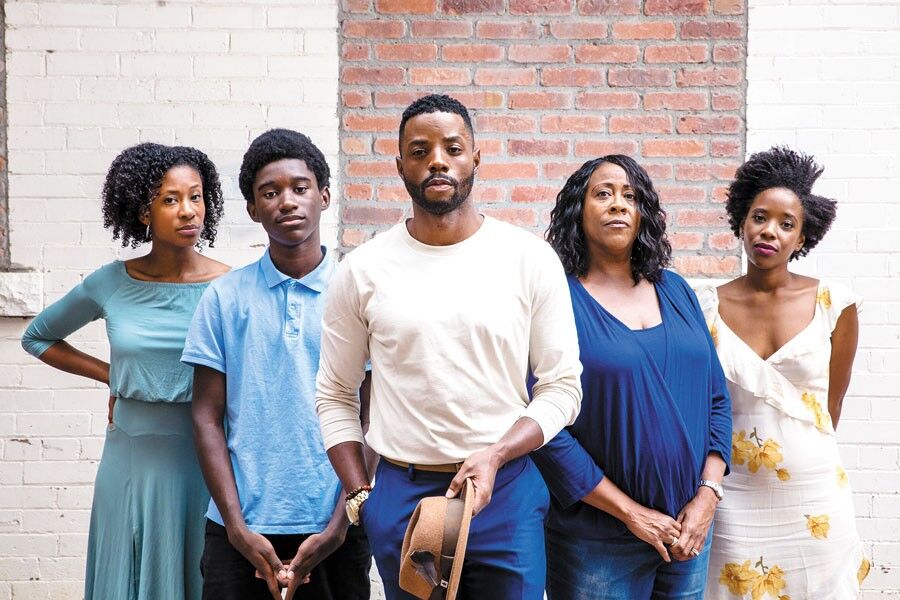 TheatreWorks’ A Raisin in the Sun astounded. 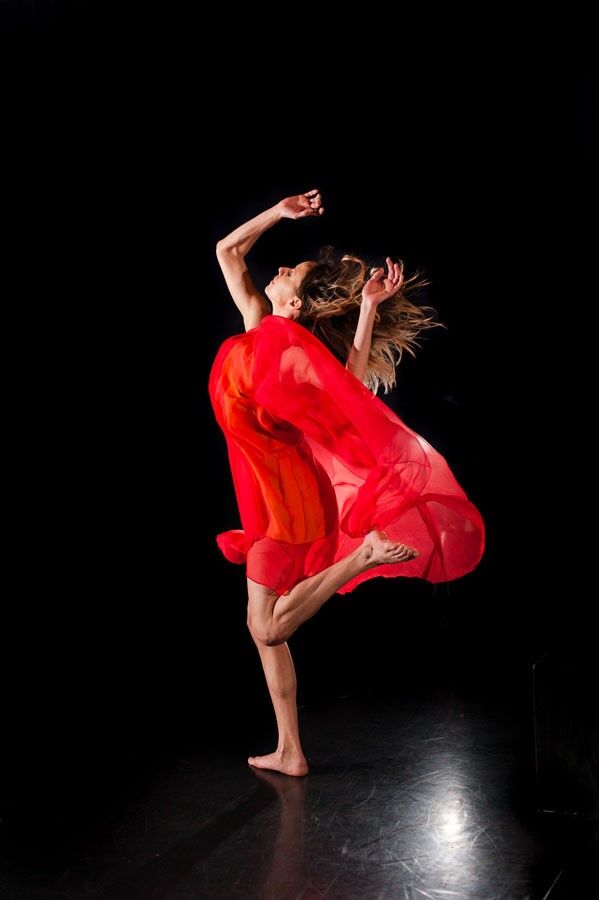 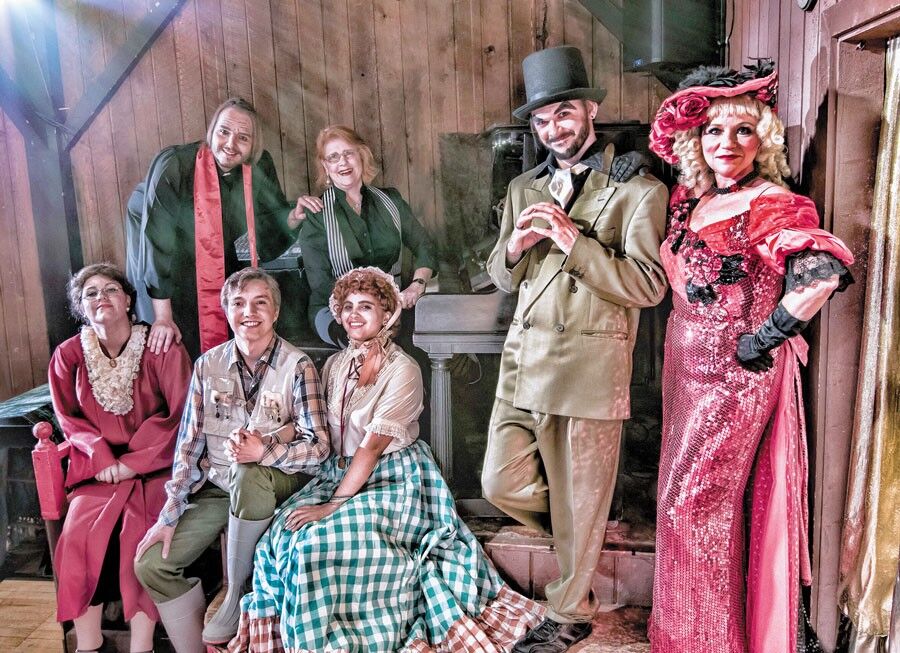 Performing arts in the Pikes Peak region continue to expand year by year, with companies undertaking creative collaborations, plays and musicals winning statewide awards, dance companies bringing in and birthing their own unique talent, and fans of the stage finding themselves with a full year’s calendar of shows to see. Here are some of our favorite companies and theaters who own the Springs’ stages.

Yes, the FAC does way more than just visual art, and its award-winning theater company deserves its accolades. We’re talking big-budget shows for families and adults that run the gamut from country-themed musicals like 2019’s Hands on a Hardbody to 2018’s political dramedy Church & State. Always with an eye on diverse programming, the FAC presents shows that are worth talking about, and ample opportunity to talk about them. Search the schedule for talkbacks and special events surrounding each play, and if you’re worried about price, remember that opening Wednesdays are always pay-what-you-can.

While theatergoers tend to enjoy the old standbys such as The Importance of Being Earnest and The Crucible (both of which the MAT has indeed produced), the MAT’s claim to fame is its emphasis on new work. Each season, this beloved theater almost exclusively stages original productions, or brand new touring productions making their first stop in Colorado Springs. They’ve given a stage to local playwrights such as Warren Epstein, Steve Emily and MAT co-founder Jim Jackson, and their frequent cabarets (including the occasional, Dada-esque Cabaret Voltaire) present local talent in all forms of performance art from dance to spoken-word poetry to comedy. Seek out The MAT for a homey, friendly environment and stellar original plays for both kids and adults.

As a professional company attached to a university (UCCS), TheatreWorks has an incredible opportunity to reach a variety of audiences, and they never waste it. Every TheatreWorks show is a knockout, with high production value and incredibly talented actors (both equity and local). Now nicely settled in the new Dusty Loo Bon Vivant Theater in the Ent Center for the Arts, TheatreWorks has made the most of its space, including commissioning and staging a new play by local playwright Idris Goodwin, American Prom, in early 2019. Ticket prices may run steep (you’ll usually pay up about $42 a seat), but we’re here to tell you you’re getting plenty of bang for your buck. Keep an eye out for the company’s annual outdoor summer Shakespeare productions at Rock Ledge Ranch.

Ormao’s vivacity, creativity and emphasis on originality have completely transformed the Springs’ dance scene. This group of talented local dancers specializes in and teaches everything from contemporary to ballet to hip-hop, and each show includes a surprising range of styles. The company has utilized creative spaces for their productions such as the old abandoned Gazette printing building and a Manitou Springs construction zone, but they have a power of transfiguration over any space in which they perform, transporting you into an often surreal, always exciting world of dance.

2018 proved to be a big year for this young and talented company of players. From its original location on Templeton Gap Road, Funky moved into the old Theater on Pecan, bringing its unique and accessible productions to the Westside. The company’s growth hasn’t only been physical, either. When we spoke with artistic director Chris Medina in late 2018, he told us the company has been training up new directors, seeking new acting talent and cultivating new ambitions — including a very ambitious musical production, scheduled for July 2019. Keep an eye out for occasional special events, too, such as improv comedy and lip sync battles.

We cannot gush enough about the sheer breadth of talent you’ll find at Springs Ensemble Theatre, where some of the best plays in the city’s history have been produced on one of the Springs’ smallest stages. Drawing from the most dedicated pool of locals both in front of and behind the curtain, SET consistently astounds with its bigger-on-the-inside scenery, its creative costumes, its evocative acting and its diverse choice of plays. In just the last year, they’ve staged a classic Western (The Man Who Shot Liberty Valance), a horror/psychological thriller (The Last Rabbit, by local playwright Jessica Weaver), and a holiday play festival that proved at alternate points both heartwarming and hilarious — and that’s barely scratching the surface of the kind of work they produce. Plus, SET tickets remain some of the least expensive in town.

In the last 11 years, Peaks and Pasties has grown into the largest burlesque troupe in Colorado, and its dedication to a body-positive philosophy and a glittery good time for all has helped transform this community. With occasional burlesque workshops, Peaks and Pasties has trained up a whole generation of burlesque performers right here in town, and sent them out into the world to shake their tailfeathers — some have even won national awards. What’s more, these folks are accessible. You can see brand new, themed performances every single week at their Champagne Cabaret at The Gold Room, and once a month at the Zodiac. Plentiful opportunity to whoop, holler and have some fun.

We could all use a little melodrama in our lives. Iron Springs Chateau exists to fill that need, putting on old-fashioned but new and original melodramas and encouraging the audience to participate in each show. Whether that means cheering for the hero, booing the villain or singing along to an intermission olio is all up to you. Further customizable, the Chateau functions as a dinner theater, so you can munch while you watch, making it a fantastic date night if you just want to get away and spend an evening laughing and singing with this consistently delightful local group.

One of the most well-loved and well-established dance companies you’re likely to find, Colorado Springs Dance Theatre has been around for 40 years, bringing national and international groups like Houston’s METdance, New York’s Dance Theatre of Harlem and many more to perform right here on our stages, and training local dancers who have gone on to have successful and exciting careers. As a nonprofit, Colorado Springs Dance Theatre always strives to keep tickets affordable. That means you’ll have plenty of once-in-a-lifetime opportunities to see world-renowned dance at an accessible price, thanks to this impassioned group of volunteers.

Power of the pen

Whether you consider poetry, fiction or nonfiction as your genre of choice, the Pikes Peak region is rife with opportunity for writers to create and share their works, with resources and professionals to help.

Poets absolutely must attend an open mic or slam hosted by Hear, Here! Poetry (hearherepoetry.org), the premier spoken-word poetry group in town. Both the youth team and the adult team have made splashes at national poetry competitions, and occasional workshops help newcomers hone their craft on the page and on the mic. Though younger, Poetry 719 (facebook.com/Poetry719) proves no less effective, concentrating on amplifying diverse voices with Black Voices Matter open mics, open mics for people with disabilities and more. Both groups tend to hop venues around town, so the best place to keep up with them is through Facebook.

Prose fans should make sure they attend some of Pikes Peak Writers’ (pikespeakwriters.com) many events, and maybe go ahead and sign up for a free membership. This massive community of regional writers includes published novelists, rookie writers and writing coaches who want nothing more than to see their fellows succeed. On second Wednesdays, enjoy Write Drunk, Edit Sober at Bar- K, where PPW’s Deb Courtney guides you through improv writing exercises meant to hone your skills. And keep an eye out for open critiques, writers nights, and monthly “Write Brain” events, each seminar focusing on a different aspect of writing or publishing. Each year, the group hosts a massive writing conference with experts in the field that you most certainly don’t want to miss.

Those brave enough to take the challenge may be hoping for some help during the grueling month of November, National Novel Writing Month (NaNoWriMo). If you’re looking for some local support, check out Rockrimmon Library (ppld.org/rockrimmon-library) in November for weekly write-ins, plus a winner’s circle to celebrate NaNoWriMo’s blissful end.

In this troubled day and age, we could all use a laugh and a little bit of catharsis. Luckily, the Springs has no shortage of opportunities to tickle your funny bone.

Comedy fans might want to start at Loonee’s Comedy Corner (looneescc.wixsite.com/loonees), easily the most active comedy venue in town. With weekly touring comedians stopping in, you’re bound to find someone you like, along with insanely reasonable ticket prices and a fun and intimate atmosphere.

More specialized stand-up can be found with Science Riot (scienceriot.org), a group that trains STEM professionals to perform stand-up comedy about their area of expertise, whether that be geology or astrophysics or chemistry. Imagine if the guys from The Big Bang Theory were actually funny, and you get the idea.

If you’re into improv, your choices widen further. The Millibo Art Theatre hosts a monthly improv performance by The RiP Improv company (facebook.com/RiPimprov), a musical, long-form and short-form group that has way too much fun with their craft. Family-friendly options include Stick Horses in Pants (thestickhorses.com), which hosts a monthly improv night, and Improv Colorado (improvcolorado.com), which uses the style of Whose Line Is It Anyway? to make audiences roll in the aisles.

Of course, you’ll also find comedy on bigger stages, such as occasional comedy nights at the Fine Arts Center (csfineartscenter.org), usually in conjunction with their First Friday parties, and big-name comedians who hit the Pikes Peak Center (pikespeakcenter.com) stage. Keep an eye out for your favorites coming through town.