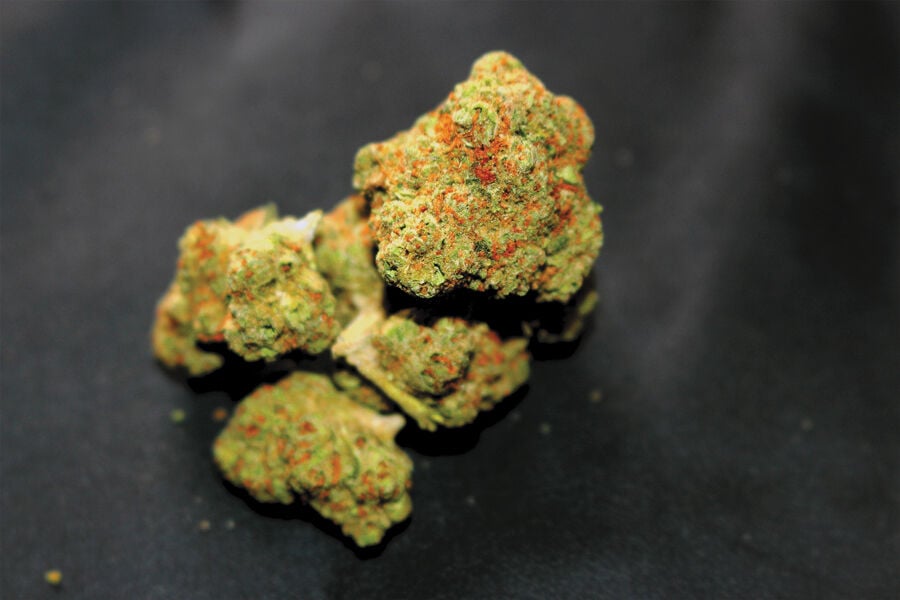 I was looking to reach some new heights recently — as many do in Colorado, be it via peaks or pot — and found Altitude Organic Medicine. The menu was certainly enticing enough, and spying a convenient location on North Nevada Avenue, I set out in search of some premium ganj to review. This spot would not disappoint. It appeared to be rather small from the outside, but they obviously had a Time Lord bless them with some TARDIS tech, because I walked into an expansive patient service area that didn’t seem like it should fit in the building I saw from the parking lot.

I received a recommendation from the budtender, who had just the strain to hit all the points I was looking for (Indica-leaning, high THC content, flavorful flower). After a brief breakdown of their daily member deals that were equally as exciting as the bud, I left Altitude with a grin on my grill and an eighth of Humboldt Royal Kush in my happy little hands. Humboldt Royal is the G13 Labs version of that classic Cali strain, Royal Kush, and gets its genetics from Skunk #1 crossed with Afghan #1. An Indica-dominant hybrid, the nugs were super dense and I found that familiar sugary shimmer coating these potent packs of floral dynamite.

The Royal has a tangy, sweet aroma that bites at the senses as you open it up and break it down, followed almost immediately by an herbaceous flourish to round out the bouquet. That essence of herbs lays down a layer of freshness that lingers. Putting fire to it, I found the flavor profile included a warm cedar pop at the top layered with a light gassy punch through the chords — all of which was accompanied by that classic kush finish at the tail end.

Royalty like the Humboldt deserved to be paired with a proper queen, so I was feeling like aligning my chakras with some Chaka Khan as I kushed out this review.

The HRK definitely kicks off as a fully mellow ride, with no hints of heaviness, uplifting with that sneaky hybrid high. It’s a little racy at the start, but then it gets heady as it expands through the body and into the melon. Make no mistake, the Royal gets you lifted, but there is a bit of weight once it fully sets in, putting you in a contradictory yet comfortable bliss bath.

And that was not an easy thing to accomplish, as the night before trying HRK, I was kept up by obnoxiously loud neighbors, who also woke me the next morning with the same loud music that prevented a peaceful night’s sleep just hours before. But, despite all that, the Royal was absolutely able to transform my headspace into a more calm and euphoric place.

I found the flavor profile included a warm cedar pop at the top...

Though I’m sure the kush-push to my happy place was aided by my bumping Chaka Khan’s 2019 single off the album of the same name, “Hello Happiness,” as I sat down with the bowl, ready to light and write.

“It moves my body, yet frees my mind,” she sings (that’s that hybrid action right there)...