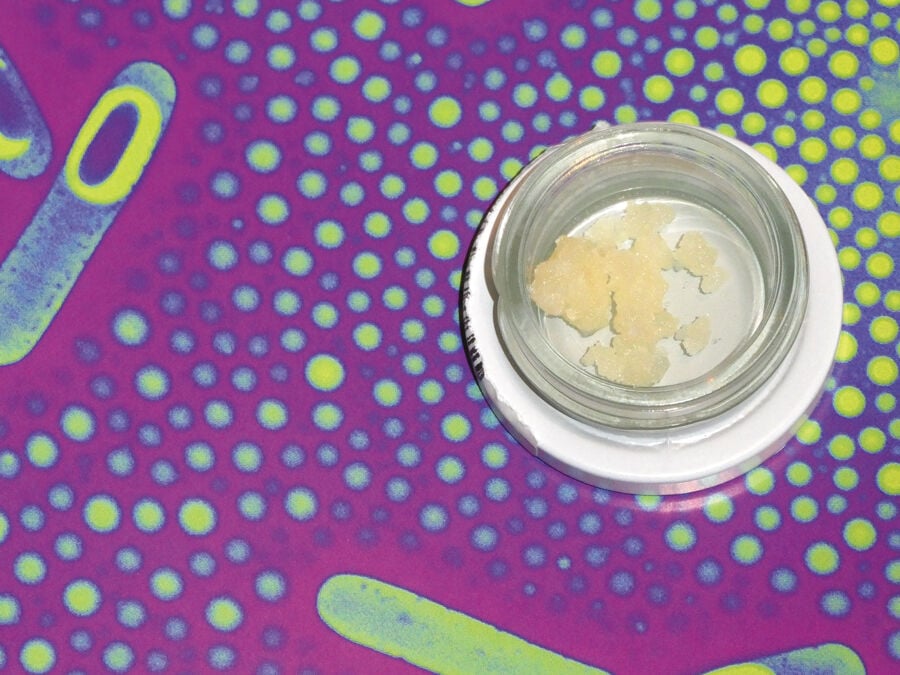 I’ve always wanted an old-fashioned typewriter like an Olivetti or a Remington. There’s a lot of nifty things about an antique typewriter, but for me there’s something pleasing about hearing the clicks and the clacks under my fingertips. When I type on my desktop computer, there’s just something missing, something that doesn’t feel right.

So I was on cloud nine when my wife alerted me that the one I’d found online would be arriving at the apartment. I was about to race home after work but I’d forgotten I was all out of stoner fuel. I needed some bud to get me beatific and it had to be nearby because my fingers were impatiently waiting to type on the new machine. I was cruising down Fillmore Street and the closest source was Big Medicine Cannabissary.

They made up for the wait by having one of the most vivacious and enjoyable budtenders I’ve ever met.

It’s usually a groovy sign when the dispensary you go to is busy. It generally means they have top-shelf stuff. The Cannabissary does have super stuff but they were especially busy because they only had one budtender working at the time. I waited impatiently in my car listening to my audiobook until I was called in. Big Medicine has a typical setup with a small waiting room but a large patient area to shop in.

It’s plain-looking on the inside but the MMJ product posters and decorations brighten it up. They made up for the wait by having one of the most vivacious and enjoyable budtenders I’ve ever met. She was a delight! I then sped home like a stampede of stoned buffalo once I got my white bag of delicacies.

I wanted to dabble with my new typewriter immediately so I rolled a twax joint (a marijuana cigarette made up of flower and concentrate) so I could smoke and type at the same time. The kolas were huge and the nugs were frosty and I broke them down in haste. After smelling all the hash, I pulled up the best one — Buffalo Crack Cookies from Ten Six Labs. The budtender had said it was extracted from their flower and this batch was a hodgepodge of three strains: Buffalo Head (a strain with very little publicly available info), Green Crack (a very heady and famous Sativa), and Girl Scout Cookies (known for its ubiquity). This mishmash made for a befuddling terpene profile and odor. To me, the hash smelled like the locker room in a laser tag facility and the stank was like armpit cheese. Most people might find this unpleasant but I found it to be unique, tasty and refreshing in a way. It didn’t make me cough too much and it didn’t bring on the munchies. Overall, it was superb and the only issue I had was that I found the consistency of the hash difficult to work with, but this was only a minor issue.

As I blazed through my joint, I looked lovingly at my new typewriter. It was intoxicating to think about all the things I would be writing with those keys and I felt jubilant. The typewriter made me think of a quote from the modern novelist, Tom Robbins: “At the typewriter you find out who you are.”

I encourage everyone to use the gift of mind expansion cannabis offers to delve into something creative — whether it be painting, making a new table, spitting seeds farther and better than anyone else ever has.... Grab some dank from Big Medicine Cannabissary and to do something epic!