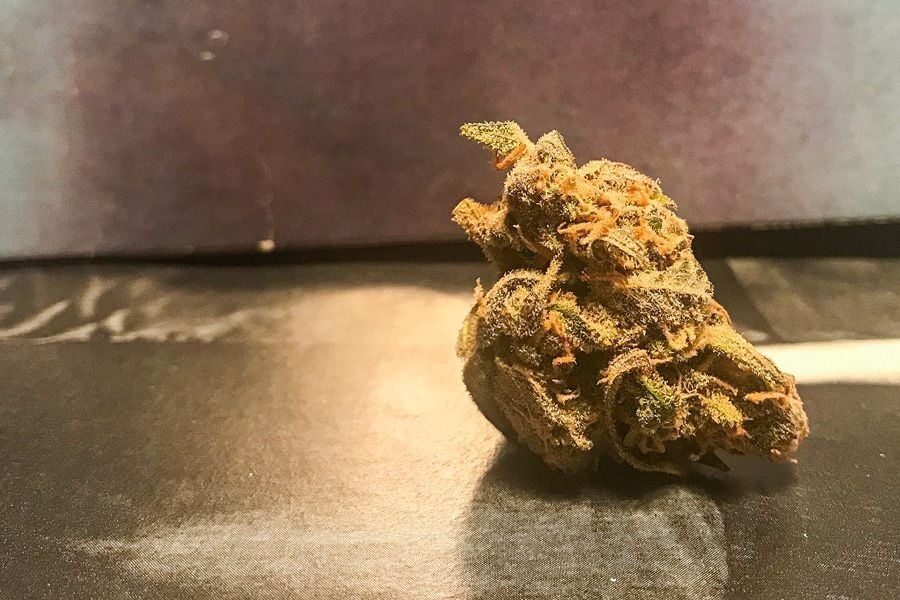 Man, I have had one of those existential dread stomach aches lately for obvious “state of the world” reasons.
It gets especially bad at night, when I’m tired and less busy and solely thinking about the state of the world (and watching what feels like the end of the world on Twitter) and then generally, it jumps to death. A flat and floppy knot sits in my gut and makes me as physically uncomfortable as I am mentally discomforted.

Well, Bluniverse helped that, relaxing my mind and temporarily removing that floppy knot of awfulness so that I could relax and go to sleep for a few hours. A friend with some severe cramps, said Bluniverse pretty much wholesale stopped those cramps for a few hours, so there is something to this combination of Blue Magoo (a fast-acting, fairly fibrous Indica) and Ms. Universe (a Sativa that tranquilizes your body and stimulates your mind) that is highly recommended for pain (and as a bonus may take the existentially hopeless edge off too).

Bluniverse’s effects pop up quickly and soon have you feeling like a fog has descended around you, and over the next couple hours of convivial calm, that fog slowly lifts and returns you to normal, a seamless, hangover-free heady high where the only thing that sticks around is a sense that it isn’t always so bad. That poem titled “Fog” by Carl Sandburg came to mind. Here it is in full: “The fog comes/ on little cat feet./ It sits looking/ over harbor and city/ on silent haunches/ and then moves on.” This high comes on little cat feet.
The buds, meanwhile, look strange. Long leaves dripping off little stippled trichomes, like you swallowed this bud and threw it back up, half-digested. Its taste and smell are more forgiving and run the gamut from natural to artificial sweetness: some mint and cream soda and toasted coconut and on the exhale, gummy coke bottles?