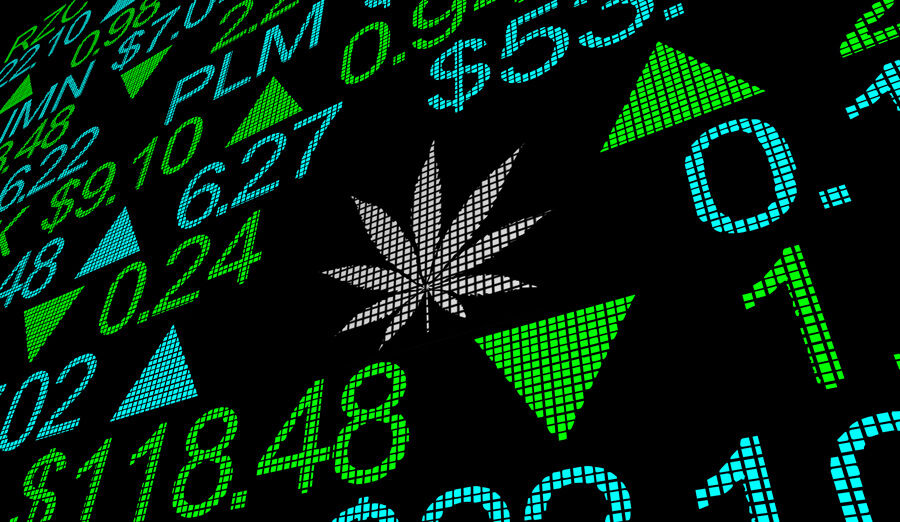 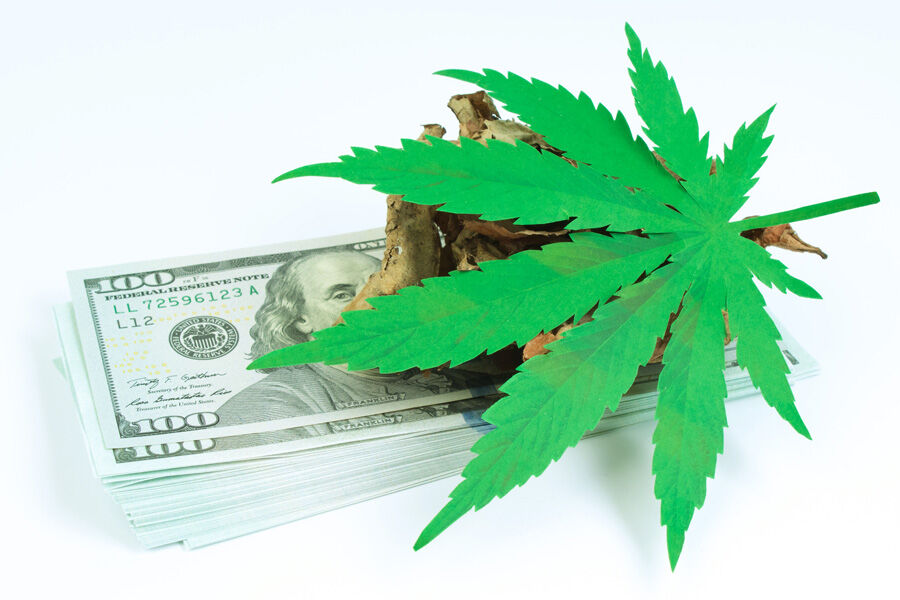 Gov. Jared Polis signed a landmark bill affecting the cannabis industry on June 29 in front of Simply Pure in Denver. The dispensary was the first in the nation owned by a Black couple.

HB20-1424 creates a new social equity license that is intended to boost minority participation in the cannabis industry. The program goes into effect Jan. 1.

The bill also authorizes the governor to pardon individuals for possession of up to 2 ounces of marijuana — the current legal limit for medical patients — removing a barrier to ownership of marijuana businesses.

“This month, across our whole state and our whole society, we’ve had a long-overdue and renewed conversation about race, about racial inequalities … and cannabis is no different than anything else,” Polis said at the bill signing. “The majority of those in prison for cannabis-related crimes are people of color, while the majority of people that are making money legally on cannabis are white.”

People with prior convictions have been prevented from raising capital and getting loans, leases, jobs, licenses and mortgages, Polis said.

“We hope this measure will be a first step toward new opportunities for thousands of Coloradans who should not be living with a cloud over their heads simply because they were a little bit ahead of their time,” he said.

On Oct. 1, Polis signed an executive order that granted pardons to 2,732 people convicted for possession of 1 ounce or less of marijuana — a first step in implementing the pardons program.

The concept of social equity was established in SB19-224, the 2019 legislation that continued and updated marijuana regulations upon the sunset of the original law. That bill introduced what was called the accelerator program and a social equity license.

“That is what created that initial pathway for us to identify existing marijuana businesses, accelerator manufacturers or accelerator cultivators, who are interested in hosting a new license type that was created,” says Dominique Mendiola, deputy director of the Marijuana Enforcement Division of the state Department of Revenue. These host businesses are issued an accelerator license.

The social equity licensee “would be somebody who’s never been in the industry before who has faced barriers to entry, and now could have a pathway to get technical support and capital support from an existing business,” Mendiola says.

That licensee would be housed within the host facility and receive mentoring similar to an incubator program.

“We had a number of stakeholder meetings throughout 2019,” she says, and criteria and definitions around the legislation were further developed this year.

“It’s no longer just limited to cultivation and manufacturing facilities, but also [includes] stores,” Mendiola says. “It also allows somebody to say, ‘I’d like to apply to independently operate my own business.’”

Participation in the accelerator program is limited to retail (recreational) marijuana businesses, but social equity applicants who want to operate their own businesses may apply for medical or retail licenses.

An individual can apply for a social equity license if he or she is a Colorado resident and has not owned a revoked cannabis license, and can demonstrate at least one of the following:

• the applicant resided for at least 15 years between 1980 and 2010 in a census tract designated as an opportunity zone or disproportionately impacted area;

• that the applicant or the applicant’s parent, legal guardian, sibling, spouse, child or minor in their guardianship was arrested for or convicted of a marijuana offense, or was subject to civil asset forfeiture related to a marijuana investigation;

• the applicant’s household income in the year prior to the application did not exceed 50 percent of the state’s median income, as measured by the number of people who reside in the household; or

• the social equity licensee holds at least 51 percent of the beneficial ownership of the regulated marijuana business license.

The state cannot deny a social equity license solely on the basis of a previous marijuana conviction.

Mendiola says the application process for social equity licenses is still being finalized but will be ready to launch Jan. 1.

“We’re going to continue to work very closely with our stakeholders to make sure that we’re continuing to identify ways that we can enhance the program, fill any gaps, provide more clarity, conduct more outreach and education, to help any social equity licensee navigate the process,” she says. “So there’s still a lot of work ahead of us.”

The division has received a lot of inquiries from prospective applicants, organizations that want to develop social equity programs or educational resources, and

The division sends out monthly bulletins to licensees updating guidance on a number of topics and will be providing additional tools on implementation of social equity including town halls and webinars for applicants, says Shannon Gray, marijuana communications specialist with the division.

“We’re in the process of hiring a social equity advisor specifically to work on this program, because we do anticipate the interest and we want to make sure it is as successful as it can be,” Gray says.

“We did a number of updates to our rules that will take effect at the beginning of the year that provide options businesses now have available to them when they’re managing or handling waste or packaging,” she says.

These include creating incentives for customers to return any containers that can be recycled or reused.

Mendiola says the department is also reviewing current rules to remove any disincentives for businesses to consider more sustainable options.

Cannabis is one of the most heavily regulated industries in the state — the final document stating rules in effect in 2021 comprises 446 pages.

The division is streamlining some rules to make it easier and less burdensome for businesses to comply.

“We’ve had some rules in place where businesses have had to submit an application and get approval if they want us to deviate from existing security requirements,” Mendiola says. “It may be something as simple as changing a camera, or a camera that allows for night vision, that we would have required approval for. …  So we eliminated some of those hurdles in a way that could allow for streamlining within our rules and processes.”

The enforcement division also has issued emergency guidance related to the COVID-19 pandemic.

Marijuana businesses must comply with all public health executive orders, such as ensuring social distancing and making sure customers and employees wear masks.

Social equity is becoming a bigger conversation in the cannabis industry, says Mark Slaugh, CEO of iComply, a cannabis compliance and lobbying group.

“One of the biggest changes we are seeing is that we are starting to develop and craft the rules out of this legislation that will become, hopefully, a balance for the folks that were marginalized from participation in the industry,” Slaugh says.

People of color are obvious victims, but the marginalized also include people who have lived in low-income neighborhoods and grew up with disproportionate enforcement of drug laws.

The social equity program will not only allow marginalized applicants to enter the industry but also will permit existing operators to expand in a way that gives back to the social equity applicant, he says.

The majority of those in prison for cannabis-related crimes are people of color, while the majority of people that are making money legally on cannabis are white.

“There’s definitely some cleanup that still needs to be done,” he says. “I also think there’s an opportunity to create more possibilities and social equity, especially around some of the fundamental questions that we have in the industry.”

One of those questions is where new genetic strains come from.

“After a while, when we start cultivating the same thing over and over again and we don’t let new genetics in, we’re going to have genetic degradation,” Slaugh says.

“I think there’s an opportunity for perhaps permitted caregivers or social equity license applicants to be able to produce either clones or seeds only to be able to sell to the industry to prevent that problem,” he says. “That could be interesting in terms of creating new opportunities for the marketplace, with lower barriers, but without a lot of great risks.”

Denver is considering issuing eight new licenses via a lottery; Colorado Springs has a moratorium on new medical licenses, and Manitou Springs has capped recreational licenses at two, which it has already issued.

“We fully support social equity,” says Jason Warf, executive director of the Southern Colorado Cannabis Council. “That being said, we do not think the bill went far enough or does enough.”

Warf says the accelerator program’s tying equity licenses to existing licensees “is sort of like a sharecropper scenario. … We would like to have seen separate licenses issued with no ties to anyone to let these folks have more of a level playing field.

“Unfortunately, it will be a heavy lift to bring true equity to the Colorado market,” he says.