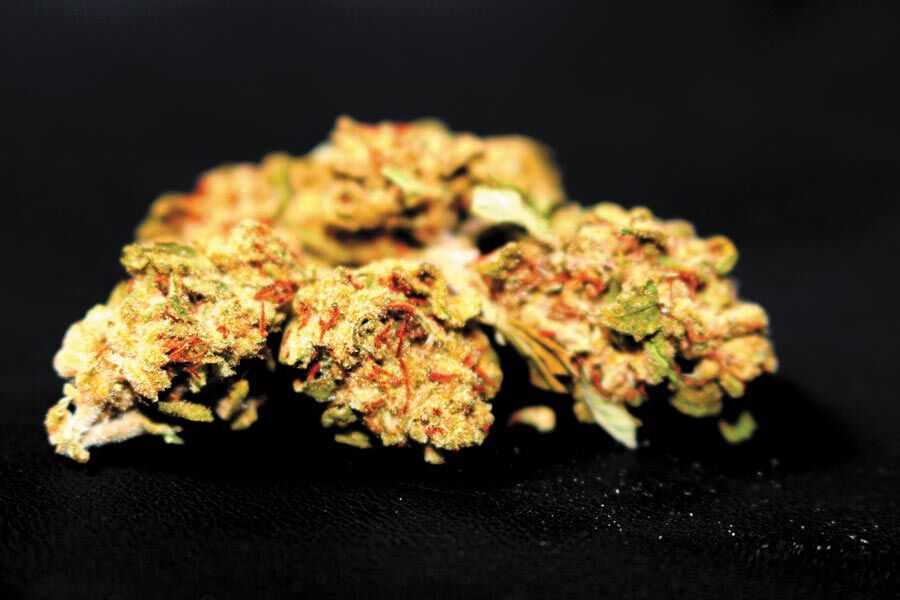 Admittedly, even having lived in the ’Tou when Maggie’s Farm opened the first rec dispensary in town, I never visited their establishments or tried any of their flower. That was until I relocated closer to the Maggie’s Farm Fillmore location, and was checking out the shops in my new Springs. The tenders were friendly and seemed to have a handle on their craft, so I took their recommendation on a Sativa strain, Lemonberry Crush, even though I mostly prefer to play in the Indica fields.

In these days of ’Rona, Maggie’s Farm has moved to pre-packaged eighths and .5 ounces for their flower selection. While understandable, this is not my favorite option. I like to at least see the buds I am choosing from, especially since masks tend to make smelling the flower not viable these days. However, I went ahead and trusted that my budtender Abby would steer me in the right direction, and hey, we all are making COVID concessions.

When I got the eighth home and pulled open the protective pouch, the potent aroma hit the air, and I could tell from the complex profile that we would be fast friends. It had an interesting hint of lemon with some subtle berry notes behind a piney bouquet. It was rich, and went deep into the notes it played, so I instantly heard the melodic pull of Lana Del Rey calling. I turned on “Velvet Crowbar,” and as the rhythmic guitar intro drew me into the music, I put a nug into the glass bowl and touched flame to flower to get the proverbial party started. And like Ms. Del Rey herself, I was addicted!

Being a freak for a flavorful bit of bud, Lemonberry Crush was an instant hit with me (pun intended). On the first pull, the smoke was so sumptuously laden with citrus tones that swirled deeply with diesel flavors, landing with a heaviness on the taste buds. The playful bit of berry hides in that initial spark of the top chords, but when you take a second drag to clear what smoke remains, those berry notes really pop across the tongue, still carried by a diesel punch.

The buds, while not too large, were certainly appealing to the eye — lightly frosted and kiefed with a nice chrome-y shine that glistened between the vibrant greens with prevalent slivers of red hairs. The buds were not too sticky, but their bouquet was potent, lingering nicely afterward in the air. The flower was plenty dense and thick, though there was a stray seed or two hiding among the buds.

I fully began crushing on this new strain as the buzz settled in.

I was further impressed, and fully began crushing on this new strain, as the buzz settled in. It was a nice Sativa, but it hit like a hybrid. It was a very heady high, not limited to that energetic body buzz you get with most Sativas.

I sat back, letting Lana hit me with her “Velvet Crowbar” repeatedly, as I did the same to the Lemonberry in my bowl. It was a wonderful symmetry, working to get me amped and energized. As the chorus rocked in with that hard-hitting rhythmic riff, I found myself stan’ing this strain. “Definitely diggable,” I thought as I flamed the flower once again, gently swaying side to side to the music.