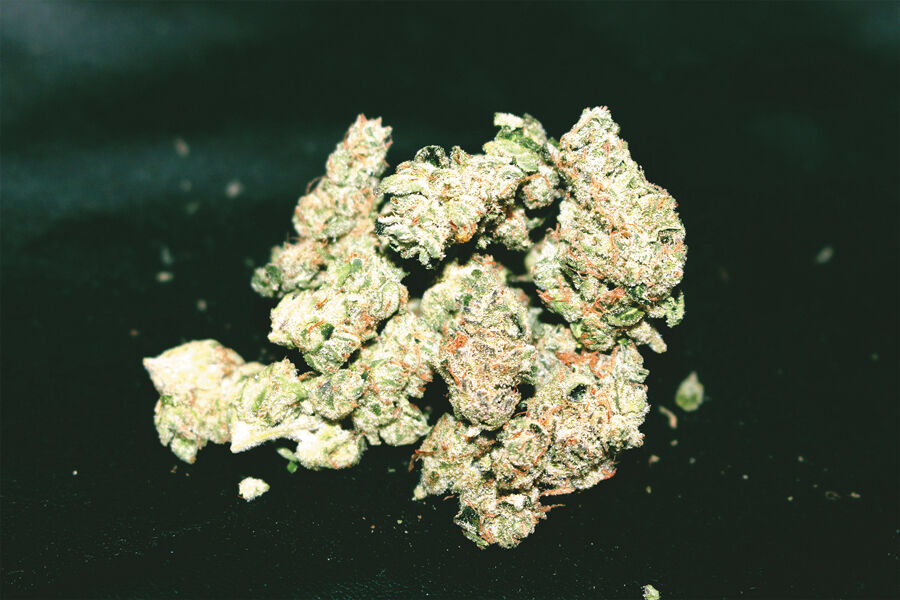 One of my friends who recently relocated to Texas once recommended I check out The Epic Remedy, her dispensary of choice during her time in Colorado, and I remember following up on her recommendation and darkening their doors once upon a time.

Though it was the same day I discovered another place that would become my designated dispo for a spell, so the memory of that experience was somewhat clouded.

That is to say, I didn’t remember much about the experience and flower other than it was good. So I decided it was time to revisit this spot to see what they were bringing to the Springs green scene, and let me tell you, dear reader, I’m glad that I did. Not only do they have some impressive stock, but their Fillmore Street location is sleek, stylish and spacious.

Leaning into the dad jokes, I asked the budtender for the most epic remedy they were stocking, and they directed me right to the Dirty Taxi. A few other strains were offered too, but for some reason — could have been the 34-plus percent THC it was pulling behind it — the Dirty Taxi was most definitely talking to me.

It’s not long before something in the house is baked pretty damn good, and that something is most definitely me.

The strain was one I was unfamiliar with, its name calling to mind the tawdry HBO exploit Taxicab Confessions, piquing my interest as their highest tester and what the budtender described as a “potent smoke.” It was on their Platinum shelf, and the nugs sparkled like that was exactly where they belonged.

Looking up the strain, I found it was an “unknown cross Sativa-derived hybrid,” so my curiosity grew. As legend has it, the Taxi hails from GMO and Chem I-95, and having just been knocked out recently by some GMO, I was ready to take this Dirty Taxi for a ride.

I stepped into this cannabinoid-driven confessional and brought “Warning Signs (Dirty Lover)” by the indie band THRIFT along for accompaniment. The earthy aroma of the bud hides most other aspects of the bouquet, doing the most to bury the sour sidenotes that struggle to reach the senses.

There are bitter bites at play here too, giving the Taxi a scent you’d almost expect from Grandma’s house minus any baked goods (for the briefest of moments that is). When it takes its turn on the tongue, the Dirty side comes out swinging. Landing on the creamy dial with touches of mandarin playfully peeking out and offering salutations to the tastebuds from time to time. All molded around a heavy dose of gassy bitterness that bowls through the back end with a final florid flourish.

The Taxi sports thinner, longer nugs smothered in vibrant red hairs and crystals — a trichome shell of potency. It permeates the headspace like a heavyweight Indica champ, while still carrying the speed and raciness of a Sativa, like true hybrids do. It’s not long before something in the house is baked pretty damn good, and that something is most definitely me.

This Taxi could be called Christine the way it mercilessly mows down its intended target, laying me out flat after just a few hits. The lyrics from the song whisper in my ear “did everything you need me to” in a perfect moment of pairing symbiosis. No warning signs needed for this strain; just get in the Taxi and let it go to work.

“I can’t get my mind off you!” I sing into the bowl like it’s a microphone, echoing the track once more as the Taxi has complete control of my senses and sensibilities now, “yeah, you’re working.” It drives you to a creative space and allows you to maintain your flow even with the Indica’s weight. This was certainly a ride I would take again and again.