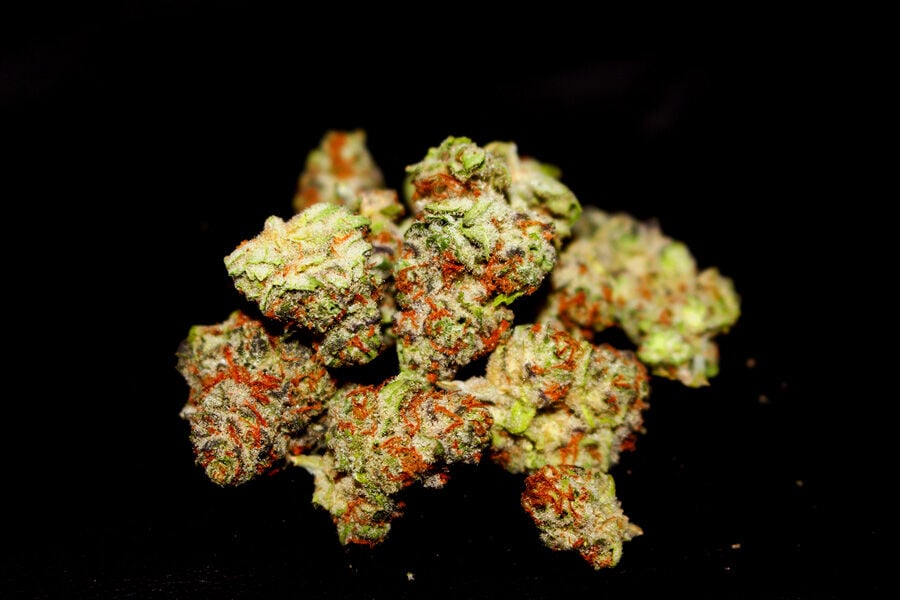 ‘It feels like I’ve been blessed, ’cause you’re like paradise.” That’s the lyric that comes to mind, not just because it is repeatedly bouncing off my eardrums, the bass beating in near hypnotic fashion as I write this, but because of a recent trip to NaturaLeaf (North).

Just like paradise, this dispensary was not easy to find, as it was tucked away in a business center and on the lower level of a building with spectacularly subtle signage. But, my friends of Mary, let me tell you, paradise most certainly could be found once inside. And I am not just referring to the sublime waiting area decked out with massage chairs. The fire strains sitting on their shelves are tiered twice by price. And speaking of twice, I’ve got two words for you: Blue Widow. Check it.

The result of Blueberry crossed with White Widow, this trichomey, compressed bit of nuggetry instantly drew my attention. The Blue was absolutely aromatic, carrying chocolate notes with a blueberry bouquet to follow. It made for an alluring combo. The sweet berry flavors mixed with that bitter earthy cocoa bite on the finish also paired nicely, creating an interesting flavor profile.

My taking to this strain was almost as immediate and impactful as the buzz it brought to the party, so the Blue Widow and I quickly bonded. Though, like every relationship, there were some bumps in the road. And the bumps the Blue was bringing were almost complete roadblocks — but the nice kind that send you thoughtlessly careening through a scenic route to nowhere. Allow me to (attempt to) explain.

This cannabis is clearly no friend of cognition, nor cognitive pursuits, whereas so many strains often aid in such, especially in more creative endeavors. But with the Widow, not so much. In fact, brainfreeze is how I would describe that initial high. Like it turns your brain into a block of ice (again, in a nice way, but still...). It’s chill, so very cool, but it will make your head droop. I would also classify this one as a bit of a zoner. It makes you zone out and lose track of what you’re supposed to focus on. For instance, you could be in the middle of writing some sort of cannabis strain review, and before you know it, you’ve lost 20-plus minutes down a rabbit hole unsuccessfully trying to add an umlaut to a single letter in that write-up. Probably.

My taking to this strain was almost as immediate and impactful as the buzz it brought to the party.

Just like Ängie says in her ode to dopeness, which pairs perfectly with this strain: “If I’m also on dope when I make music, maybe my music will sound like dope.” I, too, believe that if I’m on dope when I write my strain reviews, said reviews will sound like dope! And not just any strain, I particularly like to imbibe the strain I am reviewing as I pen it, because I feel that is the best way to impart the essence of each strain through words. However, Blue Widow made that somewhat difficult, given its attention-derailing powers. Immersion interruptus. Which is not always a bad thing. Sometimes it’s preferred. And that rings true here too; the Widow was “giving me the best rush” to quote the potent track I rolled with it.

As mentioned, the  sentiments of the song fit perfectly with this strain. “I am like obsessed” with this little bit of cess (sorry, I’m a product of the ’90s, and so, yes, still use its slang). I cannot recommend this strain enough, just expect a whole lotta bud-induced brain freeze!