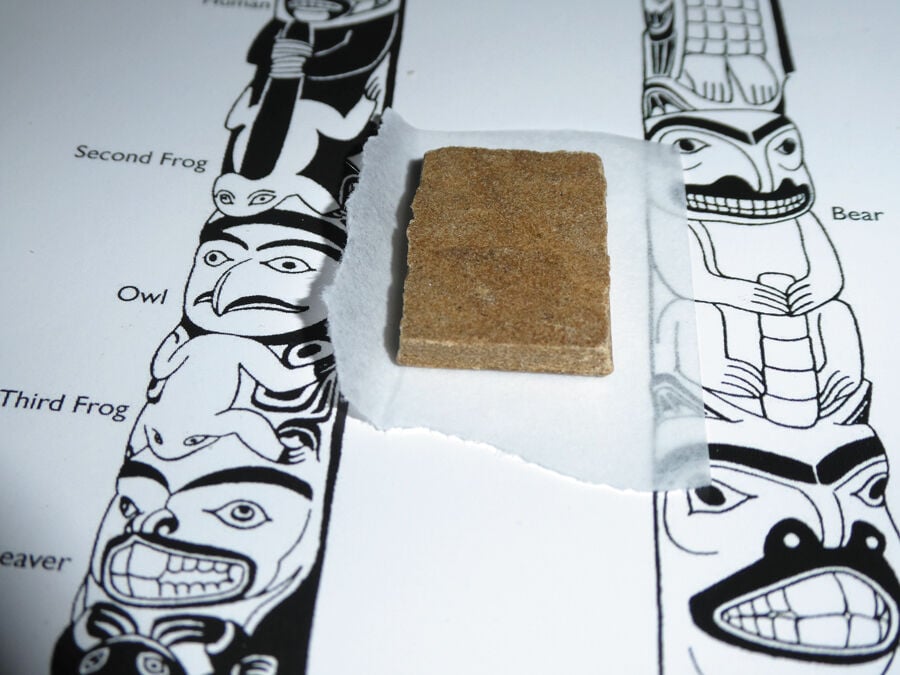 I’ve always been a big fan of local dispensary The Green House. In fact, when I first turned 18, they were the shop that popped my MMJ cherry, and the budtenders are amazing. On this visit, I spot something I haven’t seen in years — bubble hash! As many readers may not recognize the term, allow me to shed some light on the subject.

Many people who enjoyed hash prior to medical/recreational legalization likely were puffing on something similar to Don Shula Bubble Hash from The Green House. In fact, if you’ve been a hash smoker in other parts of the world — Europe, Africa and the Middle East, for example — you’ve smoked this type of hash.

Bubble hash has been a go-to for so many years due to its simplicity and majesty. Whereas most of the hash available these days is extracted using a solvent, bubble hash is typically extracted by simpler methods, usually just with water/ice, heat/pressure, and/or some type of agitation to free the resinous THC and other goodies from the plant material.

My love of bubble hash stems from my obsession with scissor hash, which forms on the trimming scissors when you’re harvesting your female cannabis plants and preparing the flower for consumers.

The scissor hash that forms on your clippers will always be more scrumptious than any live resin or terp sauce, but I digress. Bubble hash comes closer to that scissor hash splendiferousness that I adore, and The Green House knocks it out of the park! So whether you’re an older person trying to relive that Thai Stick high that you got in the ’60s or just someone who’s tired of the same old BHO (butane hash oil), bubble hash is worth a toke.

Everything about its taste and smell is toned down, but that’s not a bad thing.

This Don Shula strain was the third-place winner in Best Hybrid Flower at the 2016 Colorado Cannabis Cup. Its parent strains are The White and Diagonal (True OG x East Coast Sour Diesel). The OG (which stands for Ocean Grown, meaning from Cali) sticks out taste-wise but it’s mild. It reminds me of mustard seeds or brown mustard. The smell is also light, with notes of buttery grits and kief. Everything about its taste and smell is toned down, but that’s not a bad thing as it just has a classic and classy bubble hash feel. It makes it harder to differentiate the individual strain/terpene profile but it doesn’t matter when the hash is this stoney.

Staring at the red hot cherry in the bowl of my spoon pipe, I feel like William S. Burroughs or Paul Bowles, living in Tangier in the ’50s. They were writing a lot and were often blitzed on majoun (a Moroccan cannabis confection). Burroughs is not only one of my favorite writers but he is also infinitely quotable. One quote comes to mind: “I am getting so far out one day I won’t come back at all.”

As I smoke, I understand this sentiment and I’m on my way myself. Light up some Don Shula Bubble Hash and you’ll be on your way, too. So maybe, just maybe, we can float through 2021 and keep our fingers crossed that it ain’t like 2020.