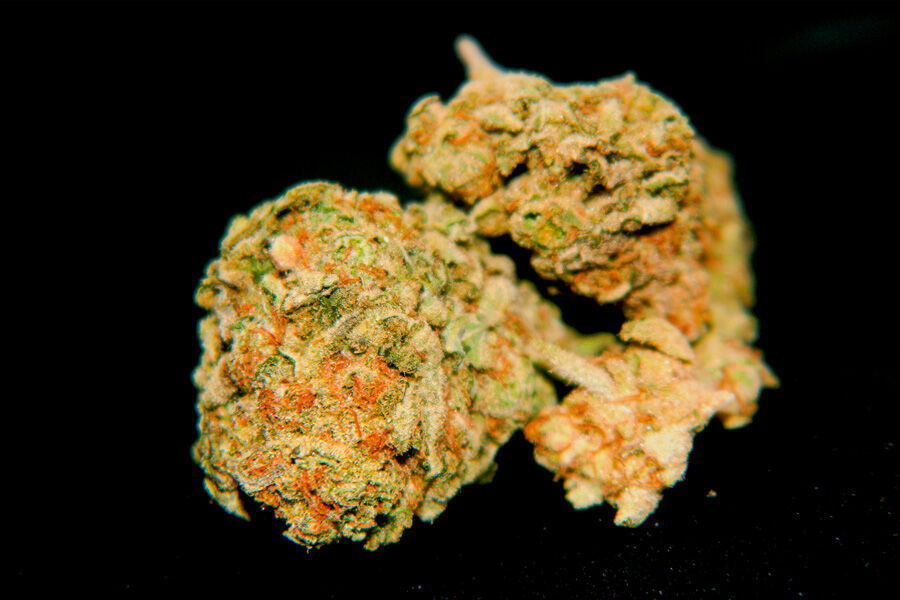 The Boss is packing and most definitely delivers when and where it counts.

I recently decided to introduce myself (and possibly some of the Indy readership) to yet another spot out of the Springs’ green scene, The Healing Canna (West). First impressions: This shop definitely starts off on a welcoming, stylish foot thanks to a warm, wood-textured lobby that somehow feels as professional as it does cozy. The service area is brightly lit and still maintains a comfortable feel as you’re welcomed back by friendly and eager staff. After a brief consultation about what I was after, the budtender made me an offer I couldn’t refuse, presenting me with a jar of some striking Mob Boss.

So say hello to my little friend: The Mob Boss strain stems from that classic Chemdawg plant (a personal favorite of mine) crossed with Tang Tang (we’ve never met). And while this flower typically falls more on the Sativa-dominant hyrbid side of the spectrum, the growers at The Healing Canna have worked tirelessly with the strain until they managed to get it to present as a full-on Indica — a particular point of pride highlighted by the budtender as he broke down the history of this canna capo for me. Not only did they get it to go Indica, but they also got the Boss to test at a powerful 29.8 percent THC, so there was no way I could turn this down.

I dropped the dime on an eighth (a special Weedmaps offer got me my first eighth for $10 out the door), and me and the Boss bounced back to the crib as I heard Mobb Deep’s words ringing in my ears — “Your place or mine, baby it’s going down tonight!”

I put the Deep’s track, “Give It to Me” on repeat as I broke up the Boss and prepared a fat bowl for a more formal introduction.

The Mob Boss’ buds lean a little on the fluffier side, but still maintain a pretty dense core when pressure’s applied. The kief-coated flower had my mouth watering but once my mask was off, I was surprised to find the potent bouquet I was expecting was actually very subtle. Its forest-like aroma was certainly detectable — that weedy, woody smell — just a bit understated considering the Boss’ rep. The flavor followed suit with slight spicy fennel notes that burn with hints of diesel through the midchords.

But don’t mistake those subtle presentations for a lack of potency, the Boss is packing and most definitely delivers when and where it counts. It will “stroke your brain” after the first half hour when you “smoke your thang!” In classic mafioso style, Mob Boss will hit you right between the eyes. The blissful buzz is heavy and you feel the high THC content punch pretty quickly. Sedative and heady, the Boss does not come to play. Mobb Deep’s infectious groove pleads “If you gonna give it to me baby… Don’t play games, just give it to me baby.” The Boss obliges — it doesn’t play games as the strain makes its way through your system. And in the end, it’s quite the creative and uplifting buzz considering the dispo’s Indica hack and the heaviness that initially hits.

Regarding Mob Boss, I’ll leave you with some appropriate words from Mobb Deep: “...there’s more where that came from,” so go “get with it, yeah!”