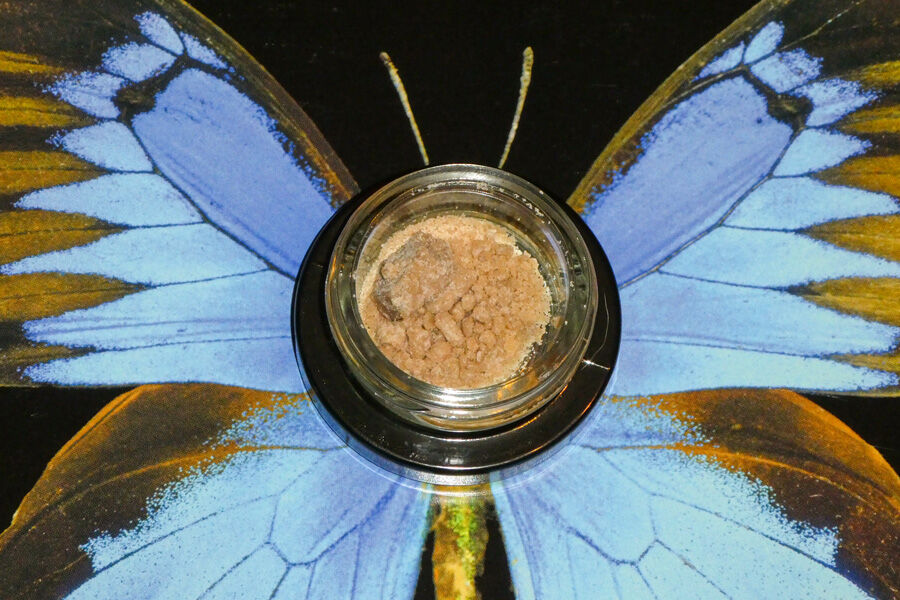 ‘It is called Mother’s Milk because it’s a life-giving substance... It is the nurture you need to receive through your ear hole so that you may become well. When you listen to the Red Hot Chili Peppers... you become well,” says a young Anthony Kiedis talking about his newest album at the time, Mother’s Milk. It is by far my favorite RHCP album.

It was a chaotic time for the band. Hillel Slovak, their guitarist, had recently passed away from a heroin overdose and their drummer at the time, Jack Irons, left the group. Slovak and Irons were founding members of RHCP but, due to success with their other band What Is This, the four founders were only together for one album.

Trying to put together a lineup that clicked, they eventually found guitarist John Frusciante and drummer Chad Smith. Along with Kiedis and bass icon Flea, Frusciante and Smith make up the current Red Hot Chili Peppers (although Frusciante has departed and returned a few times). And just like Frusciante, the strain Mother’s Milk appears and departs at important and strange times in my life, and it has always been one of my all-time favorites.

Stumbling into Best Meds after almost getting run over by a car in Old Colorado City, I’m instantly hit with the feeling that Doc Holliday designed this dispensary. Six shooters, animal skulls and assorted Western memorabilia adorn the walls, and I was tickled pink, y’all! I’m a Colorado native and a total nerd for any shop that honors the heritage of the area. I adore the Manitou Springs ghost stories and my parents both live in houses that involved prostitutes catering to miners and Broadmoor clients alike during that old era.

I was floored just by the design, and then they doubled down on my feels by having not one, but TWO of my favorite hash strains stocked. One was some Death Star live resin, the other some Mother’s Milk wax from Next1 Labs.

Mother’s Milk was a strain I encountered when I had cooled off on regular jobs and decided to be my own boss for a while before entering the cannabis industry. I felt good being in charge of myself and being my own man. Mother’s Milk always brings me that high I felt then and I still feel it puffing on it now.

This batch’s scent was like moldy mushrooms or an Egyptian mummy, and would’ve made Wyatt Earp run. The taste is like if earthworms made sushi out of our sweet Mother Earth with a side of cacao. Some people argue that the strain is a Sativa born from Nepali OG and Appalachia.

Although these parent strains seem partially correct due to a Nepal Kush or Afghani funk from the hash, I’ve always felt that the strain is an Indica — and many agree with this statement because of the strain’s induction of the munchies and its notoriety as a nighttime strain. This will just have to be one of those strains that stirs up contentious debate among stoners, but you know where I stand.

In the music video for “Good Time Boys” from the album Mother’s Milk, Kiedis also says,”We play hardcore bone-crunching mayhem psychedelic sex funk from heaven.” Mother’s Milk as a strain could not be described better! I just hope in my work in the industry, I can make a product as perfect as this.