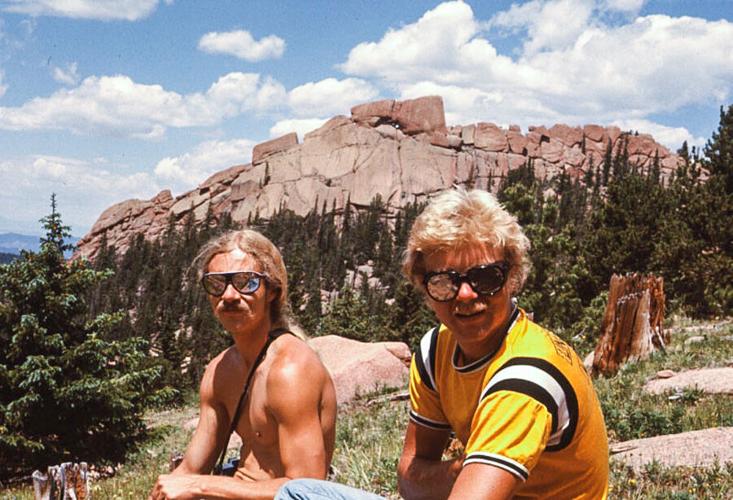 Dad (right) with his brother Greg 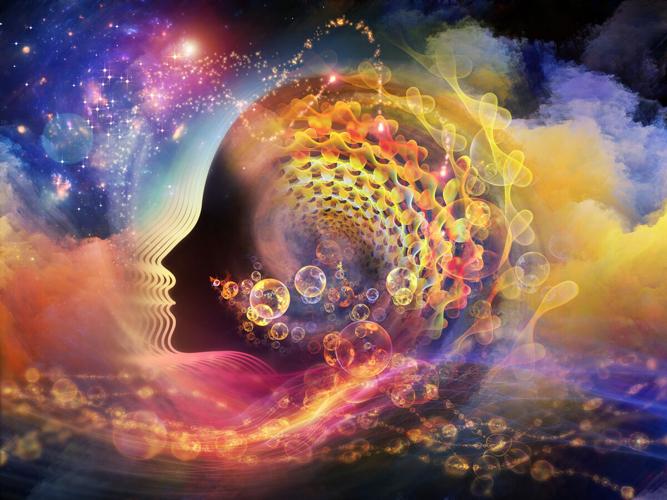 Before this year’s 4/20 celebrations begin, I wanted to take a moment to recount a recent and important conversation I had with my father.

First off, a few facts about my dad: He’s a baby boomer, born in the 1950s. He came of age in the 1960s and graduated from high school during that decade. He was greatly influenced by the music and culture of that period and began smoking pot and doing yoga every day at the age of 16. Like many of his generational cohorts, he experimented with psychedelic drugs like LSD and magic mushrooms — and he continued to experiment with psychedelic drugs as he got older, although much of his psychedelic drug use was during his formative years. Those who were alive during the 1960s and ’70s can tell you it was a wild time! Between the Vietnam War and the draft, the assassinations of Martin Luther King Jr. and John F. and Robert Kennedy — the entire country was in upheaval and many kids coped with psychedelic rites of passage their parents had not known. Now that we’ve gotten some historical background out of the way, let’s return to my conversation with Dad...

They were cultural heroes advocating for new ways to look at drugs and the way we are taught to see the world versus the world that actually exists.

Recently, we stumbled onto the subject of how different recreational drugs were when he was younger. Dad said that many people of his time used cannabis and took psychedelic drugs to expand their consciousness. Although many nowadays discount the preachings of Timothy Leary and Allen Ginsberg, in their time, they were cultural heroes. They pointed out that the way we are taught to see the world doesn’t always jibe with the world as it actually exists. And they inspired many people to look to cannabis and psychedelic drugs to free themselves from the cultural programming passed down by previous generations. They promoted transcending the constraints of one’s consciousness. Admittedly, once the 1970s hit and especially once the ’80s started, many had tossed aside these positive side-effects in order to simply feel good. But the fact remains... Many people began taking these drugs specifically to expand their consciousness, to free their minds and become something greater.

My dad and I discussed how the current generation of cannabis and psychedelic substance users have completely forgotten about expanding their consciousness. Yeah, it’s really cool that pot has been legalized in so many places. And even cooler — psychedelic drugs are starting to be decriminalized and are being used by legitimate experts for legitimate medicinal/therapeutic reasons. But we’ve thrown the baby out with the bath water. Pot is legal and the view on psychedelics has changed, but we’ve forgotten how powerful these substances can be if ingested with the right intentions.

I’ve been reading a lot about the Human Potential Movement and New Age subjects — studying anything regarding miracles, psychokinesis, remote viewing, etc. To me, it’s obvious humans have a lot of potential — a lot more than we realize! So, when you celebrate 4/20 this year, I encourage you to read up a little on the aforementioned subjects and think about how cannabis can or has expanded your mind. Don’t forget: Back in the ’60s, people were passing around that doobie not just for medicinal or recreational reasons. They were doing it to discover their full potential. For 4/20 this year, my father and I encourage you to use cannabis to expand your own consciousness, just like he and his friends did back in the day.

Note: The first intentional ingestion of LSD reportedly occurred on April 19, 1943. This date is known colloquially as “Bicycle Day” because Albert Hofmann, the Swiss chemist who synthesized the drug, rode his bike home after ingesting the psychedelic synthetic chemical, thus inducing the first intentional LSD experience. Many people haven’t heard of “Bicycle Day” and it often gets lost in celebration since it’s the day before 4/20. So, I thought it would be prudent to include this factoid because this piece is a celebration of 4/20 and the spirit of Bicycle Day. I dedicate this column to my father — and Albert Hofmann.