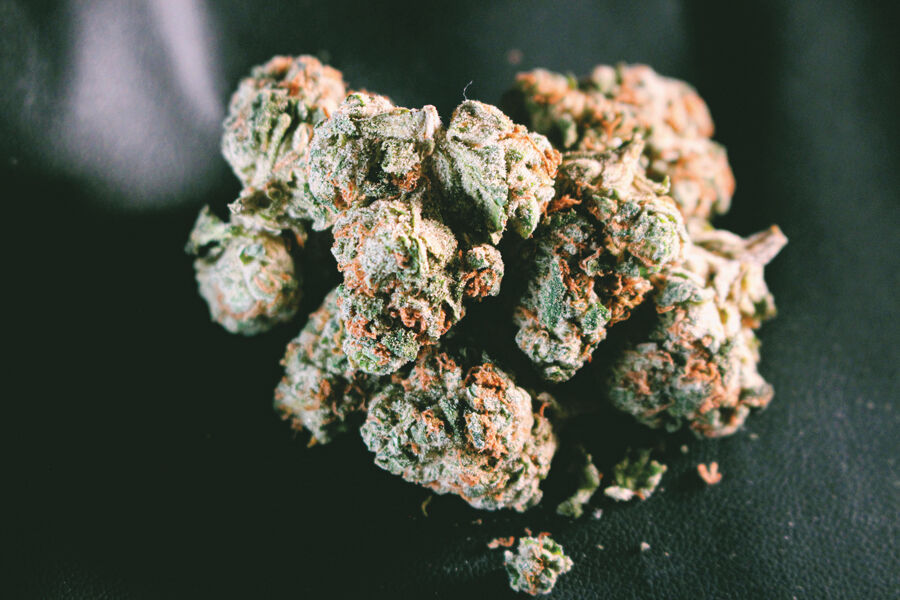 Recently I took an exceedingly successful jaunt to the Powers Boulevard side of the Springs to check out its green scene. Since that trip was so bountiful, I decided to head that direction again when I needed to re-up on the herbage. After all, it seemed like a good idea to return to the site of my most recent floral scoring to see if lightning would strike twice.

This time, I aimed a bit farther south down the CO-21 strip and ended up at High Tops dispensary (on Powers between Constitution and Palmer Park). I’d visited the shop in the pre-pandemic days, thought it was a winner then, and felt like it would be a fairly safe bet now. Glancing at the menu, I saw at the top of the list their highest-testing strain with the name Good Idea. I was sold.

The shop had a welcoming waiting/check-in area, though the showroom lands more on the cramped (or cozy?) side. Given that I had already looked at their offerings online, I was in and out pretty quickly, getting a nod from the budtender when I asked if her strain recommendations would include Good Idea. She highlighted that it was testing at 32.2 percent, so it was a solid candidate for creating satisfied customers, good times and high frivolity.

Good Idea is a bud of unknown origins, with research yielding no hints at the herbal lineage of this flower. High Tops has it listed as a solid 50/50 hybrid, not leaning one way or the other on the Indica/Sativa spectrum, so I took an eighth of Good Idea, and we got up outta there (to paraphrase the song pairing I had planned from Kid Ink).

I got the Idea home, opened up the bag containing this canna treat, and dove in nose first, immediately picking up the earthy bouquet it was putting down. I felt like Tiny Tim, tiptoeing through the tulips as the aroma of spring fields full of freshly blooming flowers overtook my sense of smell, along with distant forests throwing woody notes my way from the edges of those imagined fields. I crammed the canna in my chillum and commenced to flicking my Bic, in the parlance of my youth.

The buds lean a little on the smaller, fluffier side, but that doesn’t take away from the potency promised by these high-testing tokeables. Each of the buds had that distinctive glisten of solid trichome coverage, and were packed with red hairs.

I sparked the bowl and set Kid Ink’s “Good Idea” on repeat to accompany this trial by fire. The flavor that was most prominent upon first tasting was a deeply rooted woodiness, with a light berry brightness on the finish. Going back in for further flavor inspection, the next hits held those earthy notes intact, but brought out much more of a spiciness than I initially detected. The sweet berry with slight bitter bites gave way to a peppery blast on the taste buds as the mid-chords burned.

Not going to lie — hybrids don’t normally hit me as hard as a full Indica does. “See you don’t normally do it, but you gon’ do it for me,” said the song, perfectly accompanying the strain’s effect. It did bring a buzz that was heady and hit with an unexpected punch. It provided energetic waves that flowed through my body, but it mostly took up residence in the attic.

It burned a bit too quickly, but I anticipated that, considering the loose buds. Revisiting High Tops proved to be a great idea. So follow the Kid’s advice: If you “think that it’s a good idea (it ain’t wrong).” And you ain’t either. Get some Good Idea while supplies last!