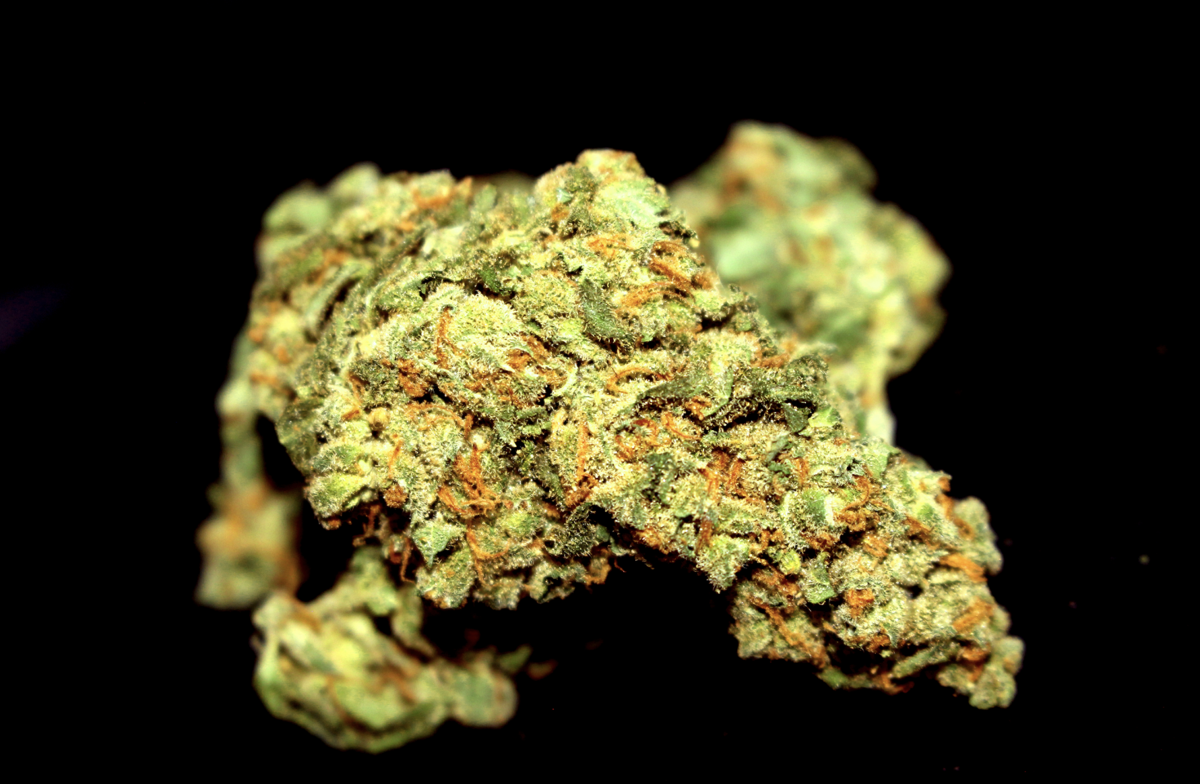 ‘There is only one known annually renewable natural resource that is capable of providing the overall majority of the world’s paper and textiles; meet all of the world’s transportation, industrial and home energy needs, while simultaneously reducing pollution, rebuilding the soil, and cleaning the atmosphere all at the same time... and that substance is — the same one that did it all before — Cannabis Hemp... Marijuana!” That’s an excerpt from one of the most highly regarded books on cannabis activism, The Emperor Wears No Clothes by Jack Herer. More than a pioneer of pot and “Emperor of Hemp,” this longtime author and activist is also the namesake of the strain I picked up this week from Pure Medical’s North Academy Boulevard location.

It makes sense that with a name like Pure Medical, the dispensary would be selling this herb. It was regarded by the Dutch in the ’90s as a medical-grade strain, even though this Jack is lacking any mentionable traces of CBD, going heavy, rather, on the THC. As it was my first visit to this dispensary, I thought, ‘Why not try something classic?’ This would provide a good frame of reference, a way to get to know them. And I’m glad I did; it was quite the introduction. They have two separate grows, one indoor and one outdoor, but they also fill out their floral selection with some wholesale strains from the Denver area. I had the budtender show me the stuff they’d grown themselves and the selection did not disappoint. Judging by the choice, it looked as though they employ a gaggle of green-thumbed growers, but seeing Mr. Herer come in at 27 percent made narrowing down the abundance of choices nearly effortless.

A hybrid Haze mixed with a Northern Lights #5 and Shiva Skunk produced this Sativa-dominant strain, one I had not seen on shelves in some time. Being an all-organic grow, Pure Medical seems to honor the clean, environmentalist mindset that shaped so much of the work Herer (the man) was known for, so their take on this strain royalty brought with it an uplifting homage to boot.

Herer (the flower) was fluffy and frosty and I was eager to get it into the bowl and my bloodstream. I was blaring MC Chris’ “Drinkin’ Blunts” through my headphones for inspiration.

“Break them bushes shred them shrubs...” I was so ready to test these nugs.

The Jack was noticeably spicy and a little bit sweet when I cracked open some flower. The sweetness gave way to more bitter notes, reminiscent of melon rind. Coming on later were slightly gassy, Durban-like notes that really fired across the palate, giving way only to the spiced, peppery terpinolene (the top terpene in the Herer).

It hits hard and lays an energetic and cerebral buzz down as it goes.

It packs tight and burns fairly quickly, as many of the fluffiest buds do, but it hits hard and lays down an energetic and cerebral buzz, leaving a generous smile in its wake.

I have back problems and can easily sleep wrong, sending it into fits of fire that wake me. I often have such limited mobility on those days that my routine is halted before it’s begun. The night I picked up Jack, the pain paid a visit. I needed to get my review written and submitted, so I said “high” to the day with some Herer, and before the bowl was cashed, the back pain had eased significantly and I was moving easily.

Across the board, the Emperor delivers and definitely gets my recommendation.