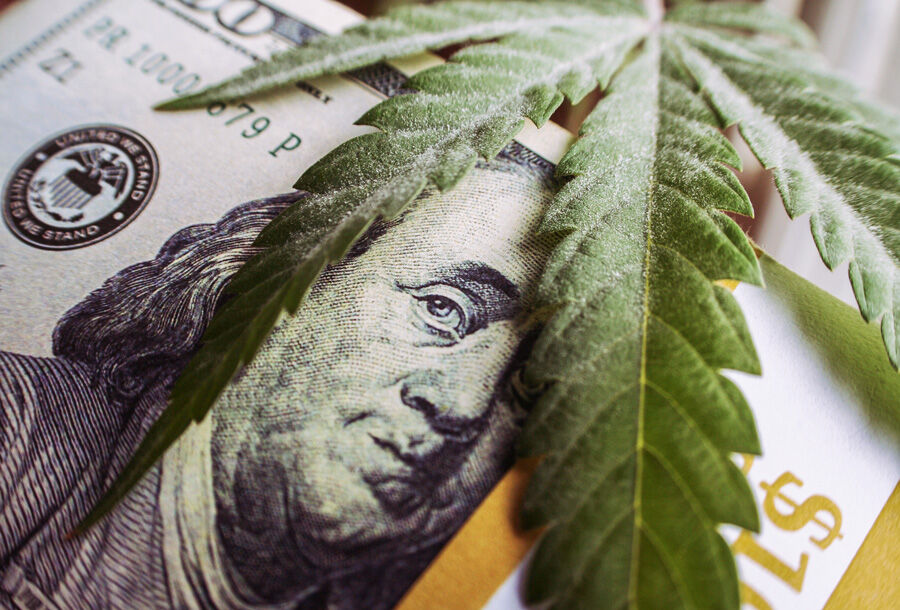 Colorado has sold over $10 billion in rec cannabis. 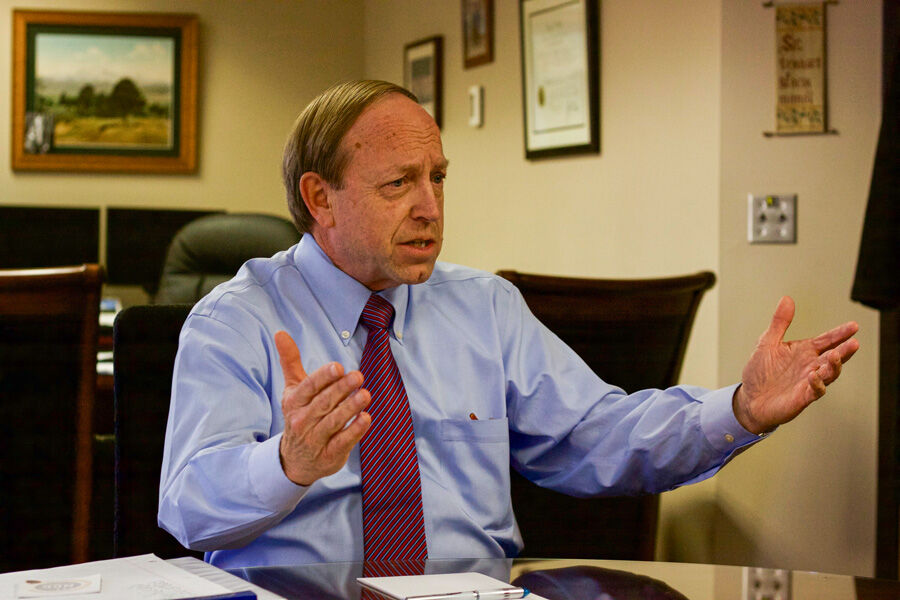 In the wake of last year’s economic shutdowns, five states have legalized recreational marijuana over the past four months. Colorado Springs, however, has yet to find a way to allow voters to decide whether recreational sale of the substance is right for the city.

Colorado Springs, like most cities, suffered an economic blow last year. Commerce slowed to a crawl in all but a few industries. The unemployment rate rose to a record high of around 12 percent. The city of Colorado Springs instituted a hiring freeze and slashed operational budgets by 20 percent across departments, cutting more than $21 million from coffers. But while city government took a share of CARES Act funding the federal government distributed to the state last year — using it to plug holes in its budget for 2021 with $15.7 million in expenditure savings — experts say the city is still leaving on the table many more millions in tax revenue that could be generated through recreational cannabis sales.

But not everyone is convinced.

There are probably few people quicker to rattle off negative consequences than Colorado Springs Mayor John Suthers. Suthers has been a vocal opponent of recreational marijuana — and even the way in which medical marijuana has been legalized — since his days as the state’s attorney general. In his view, the cost-benefit analysis has already been done, and the results are clear.

“I don’t think government should promote things that are contrary to the public interest simply because they can produce revenue,” he told the Indy this month. “There are a lot of other activities that I think are contrary to the public interest — prostitution, other drug use — that I would not legalize regardless of the amount of monetary benefits to government. I’ve just always had a fundamental position here that government promoting drug use for the purpose of getting high is not good public policy. I don’t think the government ought to promote getting high for anything other than medicinal reasons or something like that.”

Every year, the local medical marijuana market, whose sales are taxed by the city at the standard rate of 8.2 percent, generates about $3 million. Medical sales jumped by more than 49 percent in the city in December 2020 compared to December 2019, according to Colorado Springs sales tax reports. Nationally, marijuana sales jumped in 2020 by about 40 percent in states where it has been set up to be regulated and taxed.

At what point do you respect the will of the people?

Tom Scudder, a dispensary owner, the president of the Colorado Springs Cannabis Association and a member of the Colorado Springs City Council Task Force Workgroup on Marijuana, last year helped develop a proposal that city councilors let voters decide whether to allow Springs medical stores to convert to rec sales. Scudder’s group came prepared with studies, which showed that even a 5 percent local tax rate on recreational marijuana would generate a minimum of $10 million annually.

The group rescinded its support, however, when Council modified the proposal to limit recreational licenses to only 24 medical stores to be selected through a lottery. Scudder says legalization on a limited basis would cripple the rest of the local industry.

“We were going to be picking winners and losers,” Scudder says. “A percentage of the industry would have been significantly harmed in a way that had never occurred anywhere in the state or in the United States. The principal way this gets done is every locality chooses to move from medical to rec and they allow the existing licensees to do that.”

While some councilors agreed that the tax revenue benefits from recreational cannabis would be substantial, the proposal failed to gain the five-person vote required to place the question on the November ballot, partly due to concerns over the town’s strong military presence, potential impacts on local youths and the expansion of the black market since 2012.

“I think the [Drug Enforcement Administration] would tell you today that there is still more marijuana growing in Colorado in the black market than in the regulated market, and even a cynic like me was shocked to find that the cartels have actually moved to Colorado, grow it in Colorado for purposes of exporting it to other states and other countries,” Suthers says. “We’ve become a major exporter of marijuana.”

According to the Rocky Mountain High Intensity Drug Trafficking Area program, seizures at illegal marijuana grows reported through the DEA’s El Paso County Intelligence Center increased by 17 percent, from an average 242 parcels (2009-2012) to an average of 283 (2013-2019) following legalization. The agency also reported a tenfold increase in illegal marijuana seizures, rising from 1,489 pounds to 14,977 pounds between 2013 and 2019.

Jacqueline Reed, media relations manager for the El Paso County Sheriff’s Office, also told the Indy that deputies have remained busy breaking up illegal grows in the area, sometimes as many as 350 in a single year. She said Sheriff Bill Elder officially opposes legalizing recreational marijuana.

“To criticize legalization in Colorado for having increased the black market — it’s accurate — but it’s very short term and it’s not the correct way to look at the policy decision,” Scudder told the Indy. “Because eventually, once everybody legalizes it — and that’s clearly where we’re headed, we’re already probably two-thirds of the way there — that black market will eventually go away because there’s no outlet for it anymore.”

Reed also says the Sheriff’s Office has noted a rise in impaired driving among marijuana users. Roughly 49 percent of driving under the influence   cases in the county are filed for marijuana use. Reed said the other 51 percent often involve marijuana use in combination with other  intoxicants, notably alcohol.

On the other hand, the fear that marijuana use would increase among young people following legalization hasn’t played out, according to some studies. The Centers for Disease Control and Prevention published the results of a study in 2019, which concluded that youth cannabis use in the three states to first legalize recreational marijuana (Colorado, Oregon and Washington) actually declined, while the national rate showed a slight increase. The study surmised that the decline could be attributed to marijuana losing its “novelty appeal” among youths.

While the medicinal benefits of marijuana have been widely noted for people with certain underlying medical conditions, critics have suggested that the increase in the THC concentration in recent years may also be causing psychological problems among some people. THC concentrates, which can have sometimes double the potency of flower and edibles, have been of particular concern among lawmakers.

A 2017 study published in Psychiatric Times concluded that “numerous lines of evidence suggest a correlation between cannabis consumption and a variety of psychiatric conditions, including cannabis-induced psychosis.” In 2018, the Journal of Neuroimmune Pharmacology published study results finding heavy marijuana use can lead to physical addiction and “may be related to cognitive dysfunction and to reduced dopamine signaling after chronic cannabis use.”

“The key is that we are seeking those answers so that we don’t just bury our heads in the sand and have a new material legalized ... without moving forward with research that can help inform benefits, drawbacks, social impacts, economic impacts,” says Dr. Chad Kinney, a chemistry professor and director of the Institute of Cannabis Research at CSU-Pueblo.

Meanwhile, lawmakers this year have been working to push through an array of cannabis regulations, including a cap on THC content, which critics say would be a compliance nightmare.

“We have definitely come to the conclusion that if there were limits on THC we would be putting seed breeders out of business,” says Ashley Weber, executive director of the Colorado chapter of NORML, a marijuana advocacy organization. “So much is made now with concentrates, more so than the bud, that legalization would not exist. It would be back to prohibition.”

Other Colorado Springs community leadership organizations that still support the current ban on recreational marijuana sales within city limits include Visit COS and the Colorado Springs Chamber & EDC, which doesn’t work with medical marijuana dispensary owners since marijuana remains a Schedule I controlled substance under federal law.

“We focus on laws and regulations that impact Colorado and El Paso County,” Chamber & EDC CEO Dirk Draper said in a prepared statement. “We remain in favor of Colorado’s current stance to allow local municipalities to determine what is best for their community regarding recreational marijuana use …”

While no Colorado Springs City Council has been able to agree on a ballot measure to put the question to voters, three new members elected to Council this month could shift that balance.

Advocates like Scudder say they are going to keep fighting for the right for any adult to buy marijuana from a licensed shop in the Springs if they so choose.

“At what point,” he asks, “do you respect the will of the people?”

Last year was rough, but with state cannabis sales blowing past the $2 billion mark in 2020, it seems many Coloradans found ways to bring a li…