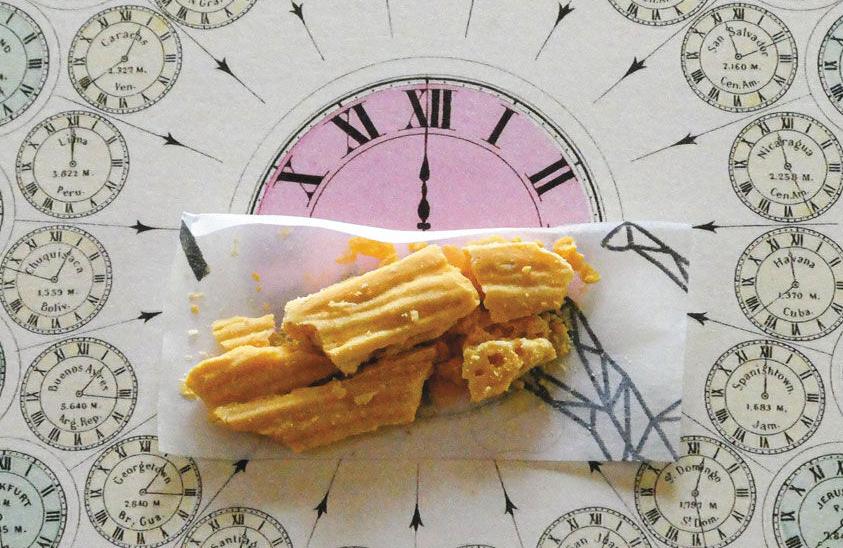 I likely wouldn’t be writing for the Indy, my dear readers, if it had not been for my old boss Clint Cooper. He hired me for my first job as a budtender and I could never thank him enough for introducing me to this industry.

Sadly, Clint passed away in September of last year and I was thinking of the last time I saw him in person — he had just started working at High Country Healing. Reminiscing, I rode the wave of nostalgia over to the dispensary in honor of my old manager.

High Country Healing’s only Springs location is near the intersection of Centennial Boulevard and Garden of the Gods Road and was a cinch to find. HCH has recreational spots in Alma, Silverthorne and Vail and is famous for appearing on MSNBC’s 2014 documentary series Pot Barons of Colorado. Walking into the dispo, I felt they lived up to the hype.

Two gents greeted me along with some of my favorite strains: Deathstar, Hash Plant and Holland’s Hope! After a pleasant first impression, I continued to be wowed by the good manners and connoisseurship of my budtenders. One of their slogans is PYOB — “Pick your own bud” — instead of the customer having to rely on prepackaged product. Both methods have their pros/cons but it’s always a treat to pick out your own buds. If I could, I would have whistled in delight as I sauntered out of the store.

Going through the goods on-site, I was not as thrilled by their flower. It smelled like it had not been cured properly and had me worried that they may use their best product at their recreational locations instead of their medical ones, an issue I have dealt with in the past at other dispensaries with both rec and med models. They made up for the cure with affordable and downright tasty shake, a product I wish more places had on the menu.

Moving on to the hash, it was hard to choose until... my fingers landed on some Sour Banana Budder from White Mousse Concentrates. My readers know I go bananas for anything with banana, so I was ecstatic! The hash combined the notorious Sativa Sour Diesel and the sedating Hybrid Banana Punch.

The taste was like shoe leather and plantains and the smell filled the room with the hazy and pungent reek of a bowler’s shoes, but in a funky and enticing way. The smell was hard to pin down but it reminded me of Headband, Haze strains and/or a good OG. The Sour D was in that stink as well and the overall strain profile reminded me a lot of Flo. It’s been too long since I last reviewed a Sativa, so even though the hash was technically a hybrid, I felt it could easily pass as a Sativa due to its heavy cerebral high, amping up my energy and creativity.

When I first met Clint, I was very introverted. I’m not much better these days but he was extremely extroverted and his passion and lust for life was not only contagious but invigorating. Whenever I was around him, he always had a way of energizing me, making me want to be better and do more than I could on my own.

It reminds me of a quote from one of my favorite humans, John C. Lilly: “In the province of the mind, there are no limits.” Clint was a wonderful person who inspired me to transcend my own limits and, through his example, I was able to live a much more enriching life.

I not only dedicate this piece to him, but I sincerely hope my story motivates readers to find an unquenchable thirst for life, to transcend their own limits — just like he did for me. If you need some help motivating, swing on over to High Country Healing and get inspired.