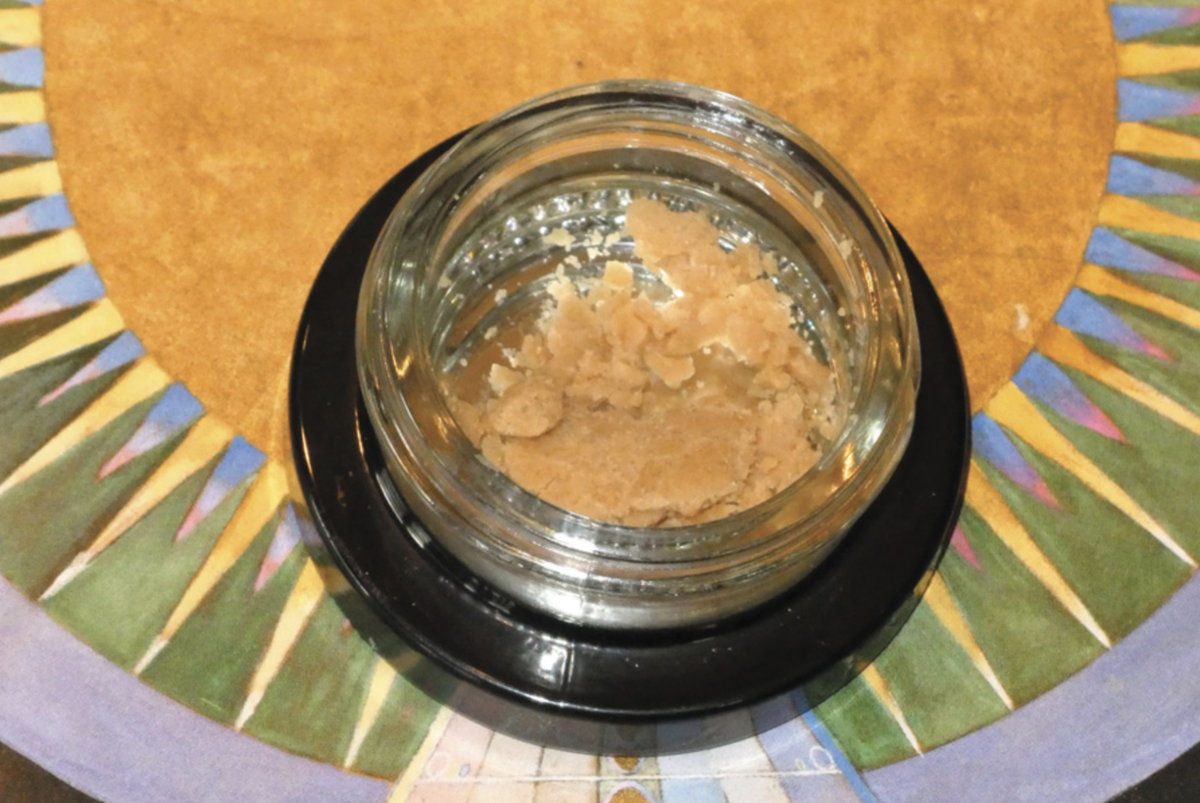 Back in those glory days of youth, I spent a lot of time getting stoned in North Cheyenne Cañon Park near Seven Falls. Partying in the park is illegal so I don’t condone it, but I was young, dumb and full of fun. So ... watching friends longboard and hula hoop while puffing that magic dragon will always remain idyllic.

I wanted to write a Fear and Loathing in Las Vegas-esque book about our shenanigans while partying with my hooligan friends, but due to my lazy nature at the time, it never came to fruition. Regardless, I will always look back on that era and feel waves of nostalgia. If only I’d known the swell of that tide would hit me like a tsunami going to this week’s dispensary...

Buku Loud is located near the Mission Trace Shopping Center in the southern part of the Springs, and while most dispensaries’ decorations are pretty tame, this might be Buku’s “LOUDEST” feature — the waiting room screams with multicolored spraypaint, and a honeycomb painted on the door indicated to me that the hash would probably be fire. (Honeycomb on the door can stand for “Honey oil,” hash oil that’s clean-looking like honey, very pure, with a high THC percentage. Also, wax with holes caused by the solvent butane or propane is called “honeycomb,” though that’s sometimes a bad thing.)

When I opened the door, though, I was bowled over — the budtender was an old friend from my days in North Cheyenne Cañon Park! I was so distracted by seeing an old pard that I almost missed out on their sparkly chandelier, some chic artwork and a general “aerosol art” aura in the patient and waiting areas. This old companion could have kept me there all day catching up, but I skedaddled to keep her from getting in trouble.

Being a contrarian, I decided to try something my budtender buddy recommended against — some Space Runtz wax. You know a place is gnar when even the stuff the person suggests against is remarkable. Space Runtz as a strain is an Indica-dominant hybrid bred by Tiki Madman with parents Runtz and Candy Rain. Both parent strains are hybrids, but the high is long-lasting and heavy on head and body. The flavor and stank profile is tricky to decipher, but the terpene caryophyllene is very dominant in this batch.

Although this batch was soft in consistency, the name “Space Runtz” is apt because it makes your tongue feel like you put something from space on your palate. It tastes and smells like Willy Wonka Runts candy dipped in vinegar and rolled in loamy peat moss. Sounds odd, right? It seems that the more psychedelic it tastes, the better it usually is and that’s true here.

So, four words for this product: Out of this world! And the critics agree. Along with a number of other awards and accolades, Space Runtz won “Best MED Indica” and second place in “Overall Medical Flower” in this year’s Connoisseur Cup.