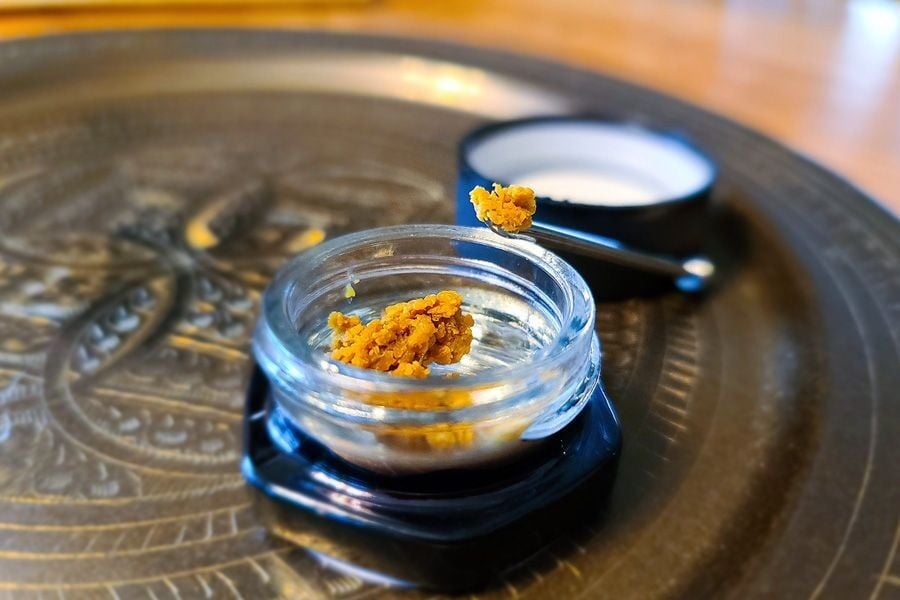 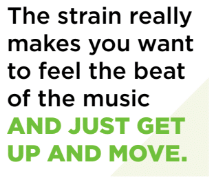 It shouldn’t have been a surprise to me that writing a review for a concentrate would be a lot more difficult than writing one for flower. The potency of concentrates is much higher and, in turn, so is the high.

Still, I allowed myself to be caught off-guard by RM Extracts’ Sphinx wax from NuVue Pharma. I had grabbed 2 grams of it along with some others a few weeks back when the dispensary was running a special of 8 grams of select wax and shatter for $88.

When I open the package, I find Sphinx’s texture is crumbly but also sticky, which is nice because when a concentrate breaks up too easily it’s harder to smoke.

Even though I bought the terp pen I’m using a few months back, I’m still trying to figure out how to use it correctly, and accidentally take a giant first hit. I end up coughing for nearly a minute straight, but you know how the saying goes, “gotta cough to get off,” and I come out the other side feeling much more relaxed for sure. That’s one of the things I love about smoking concentrates: It only takes one or two hits to really get stoned.

The second hit goes down easier, allowing me to get a better taste of Sphinx’s lemony flavor, as well as its effects. I start to notice my migraine fading away, quickly followed by an energy boost and sudden urge to get up and dance.

As I listen to one of my favorite jams, “Dancing on My Own” by Robyn, I’m inspired and determined to create a new original dance move in honor of Sphinx. Imagine “Walk Like an Egyptian,” or something like it. So ... that happens as I keep the dance jams coming — as well as the hits of Sphinx.

The strain really makes you want to feel the beat of the music and just get up and move. The head high from it is almost as instant as the body high.

If you’re like me, you will start to listen to the music louder and louder. (Side note: I think this might be why my neighbors asked if my husband and I are if we’re musicians.) After a few more dance numbers and with my new Sphinx dance move mastered, I take another big hit and reach for my Nintendo Switch.

It’s time to get down on some Animal Crossing: New Horizons (you may recall, we recommended this as the top video game to play while high in our recent Cannaverse issue). I’m in the middle of a major island redesign project at TokeResort. But it’s not enough to play in silence. I also go find my hubby in the other room, feeling the need to talk all of a sudden. I feel like I can do 10 things at once instead of the normal five. This strain is that magical, or at least it convinces me I am.

No doubt, it will give you what seems to be an endless amount of energy, but what you do with it probably won’t be considered very productive.

This is why I try to keep my concentrate usage to weekends — I don’t need to become a complete space cadet during the week and/or increase my THC tolerance level.

However, rules are meant to be broken, and I was more than happy to welcome the middle of the week dab (or should I say dabs) in order to write this review.

All in all, I would say this Sativa gives you tons of energy, but it also keeps you from accomplishing any of the tasks you actually need to get done.