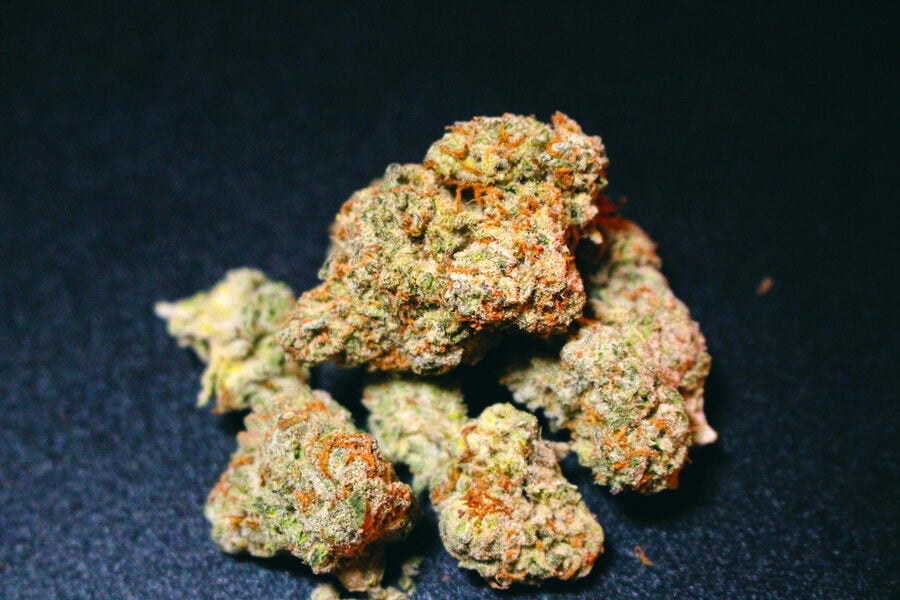 On my last solo flight through the highly populated solar system that is the Springs green scene, I climbed to heights previously unknown to me at The Treehouse. Tucked away in a small business center, this quaint shop made for a bit of a tight squeeze as I entered the lobby, especially in these days of ’rona where public spaces demand a 6-foot distance between folks.

At The Treehouse, the entire transaction takes place in the lobby as the budtender brings jars of product to the check-in window. There’s no on-site ATM and this is the usual kind of cash-only op, so be sure you’ve got the ducats in your pockets before you arrive. Or, like me, you will have to make a secondary trip around the corner to cop the cabbage.

Unexpected redirect aside, the experience was an absolutely pleasant one, made more so by the wonderfully gracious staff who not only held my order while I ran to the ATM, but wrote a kind note of appreciation on the bag for supporting their shop.

With only a few strains to choose from, I quickly zeroed in on a couple to look at based on The Treehouse’s Weedmaps menu, and ended up eeny-meeny-miny-mo’ing my way between them. I settled on the frosty-looking Starfighter the budtender brought forth. This 60/40 hybrid slightly tips the scales to the Indica side of the spectrum, and genetically stems from Alien Tahoe OG and Lemon Alien Dawg. It’s an out-of-this-world canna combo that would make Alex Rogan proud. Shields up, Kodan Armada, because this Starfighter is aching to take flight.

The flower’s warm, woody aroma met my nose in the car as soon as I removed my mask, even from within its bag. I got it home and immediately introduced it to the chillum that would be its vessel for this journey to the stars. They were fast friends. It wasn’t long before sparks were flying — and I would soon follow suit. When Starfighter first blasts the taste buds, it’s sweet, bringing a light berry bouquet with it. And subtle notes of lemongrass linger among the flavors left behind as the bowl burns on. The limonene makes its presence known, though the main terp in this flower is myrcene (according to a unique and colorful diagram/chart breakdown The Treehouse had for each of their strains on the wall).

I turned on a throwback track, 4 Non Blondes’ “Spaceman,” and in three… two… one… we had liftoff! The Starfighter wasted no time charting a course to the stratosphere, and it was not long before I felt I hit zero gravity. I began floating in that weedy bliss, that sinsemilla space stoners know so well. Starfighter hits with a heady, heavy and super chill buzz.

The name feels somewhat ironic though, as after my first tangle with this hybrid, I did not feel particularly agile or able to pilot a craft of any kind, especially if said craft was expected to not only remain in flight, but also engage in some sort of interstellar firefight. I had the fire, yes, but I had absolutely no fight in me.

Linda Perry’s powerful vocals complemented the Starfighter’s vibe, and I felt both in spades as I cashed Chillz’s ever-ready receptacle of reefer. “And I feel what I feel, I can’t grasp what is not real. So I’ll get myself real high and imagine I’m a Spaceman in another place and time,” she sang.

See you among the stars, space cowboys and girls.