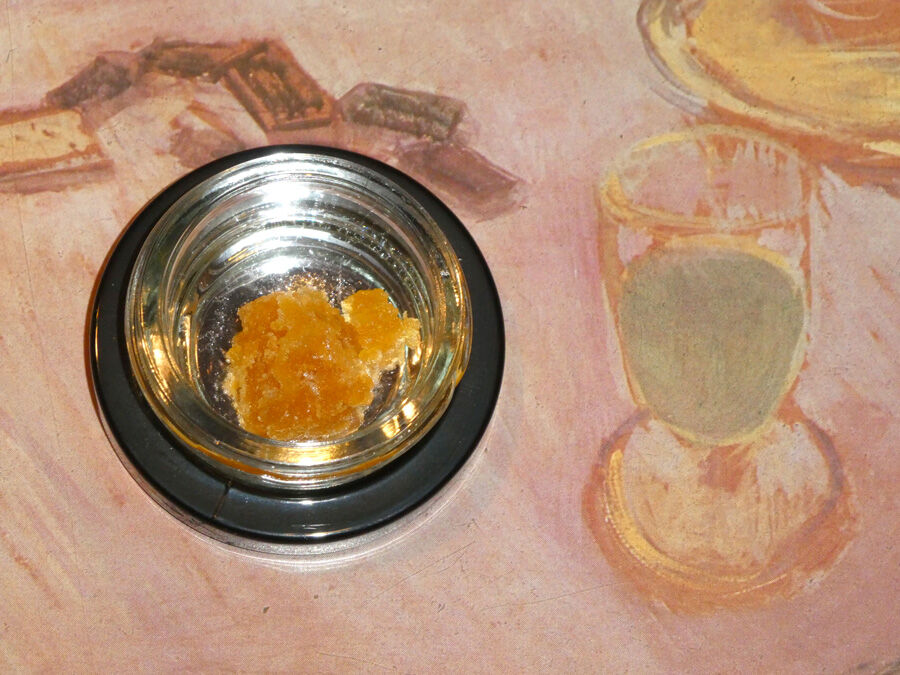 I was feeling like a gloomy doomer. As a result, I didn’t want to have to think too hard about where I was going to find my next MMJ delights. I was a desperado from Colorado in search of the stoner El Dorado. So, I decided to try Dabarado.

Hidden near a gas station and bar and tucked away off Centennial Boulevard, Dabarado was difficult to find but worth the trouble. Pulling into the joint after getting lost, I dug the large waiting room and selling area and found my budtender to be incredibly knowledgeable. Our conversations about the realities of the cannabis industry make me think this dispensary prioritizes educating patients, which always gets me purring.

Dabarado promotes its products as ”The peak of luxury extracts” and I found the hash kept that promise, mostly. I would be inking in a perfect 10 for Dabarado, but its overall selection was a little too limited for its motto and my personal taste. That, however was really my only complaint. The limited selection was understandable though, since they are in the middle of redoing their grow and a few other factors mean they’re in a transitional phase.

Consumers sometimes forget dispensaries in Colorado Springs can sell only to medical patients, so a lot are small businesses competing for a very small share of the market (medical patients who live in the Springs and surrounding areas and Colorado MMJ patients visiting the area). This makes it hard for them to keep up with corporate spots with plenty of funds to spare.

Until Colorado Springs legalizes recreational marijuana, places like Dabarado have to make do. It’s impressive and admirable that they still can offer such tasty products, and in such a competitive climate where so many factors work against them. (To Dabarado and all the other smaller dispensaries: The medical patients of the Springs salute you!)

Coming home with my bag, I immediately start drooling over one selection in particular — the super Terminator Lime Wax. Dabarado does their own extractions and I’m awestruck by the number of strains in this batch: Fleetwood MAC, Skunk, Lime OG, Purple Badlands, Purple Roze, Skunk Super Hero and T-1000! This makes the terpene profile nearly impossible to pin down, but the smell is reminiscent of limes and lime-flavored beer salt and the taste rings of sour margaritas and lime sherbet.

Because of the mix of many strains, one could easily determine it’s a hybrid, but my gram of hash gives me a head high to die for with very little in terms of body high, so it has a Sativa feel. The high is short-lived but substantial. “Luxury” denotes a focus on quality over quantity, and Dabarado holds true to their slogan.

As a critic of marijuana businesses, I recall a quote by one of my best-loved novelists, John Fante: “Look at the people who review. Look at their commitment to being ‘right’ and ‘safe.’ If I had listened to my critics I would have given up years ago.”

I genuinely hope the dispensaries I review enjoy my critiques but I also hope they take what I say with a grain of salt and never give up providing great meds to our good patients in this great city. It’s an honor to be reviewing these places and it was an honor to review this dispensary. Dabarado has some toothsome and mouth-watering products, and if they’re able to pull that off while they are in this “transitional” phase, I can’t wait to see what they’ll do when the transition is done! To quote Schwarzenegger from the Terminator movies, “I’ll be back!”