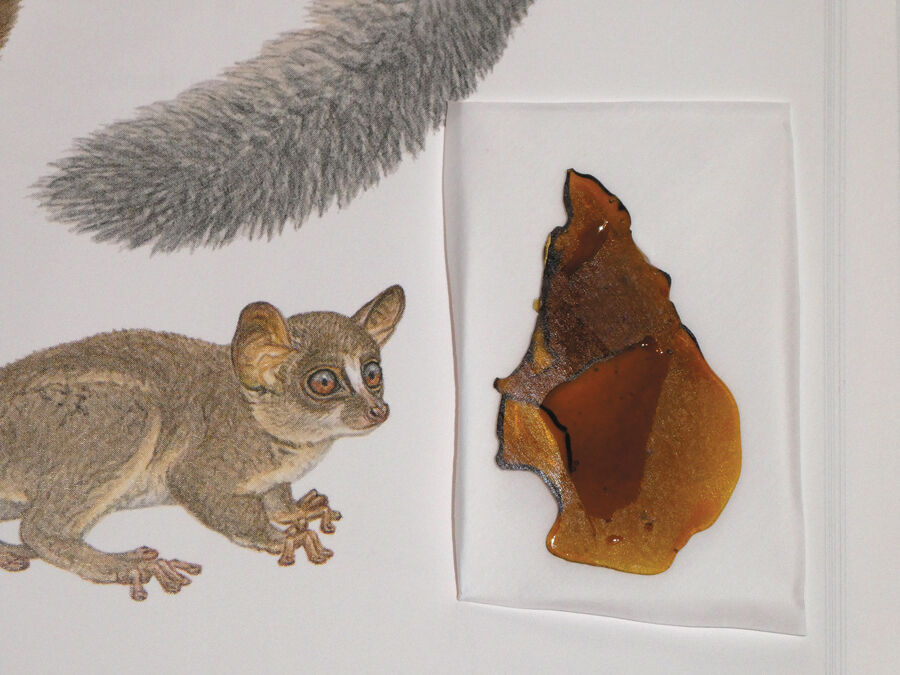 The Amazing Bulk was a direct-to-video 2012 mockbuster utilizing stock photos/video, poor green screen action, and a whole lot of other cringeworthy techniques. It stars a purple “Hulk” instead of the green one we all know from The Incredible Hulk franchise (though there is a purple Hulk at one point in the comics). Sadly, watching the film got me a little too  critical and I realized I should have stuck with a classic like The Lion King. My poor film choice had me filling with rage... just like the Hulk.

I took hold of my emotions but couldn’t think straight. So, to get my mind in order, I started checking off strains with Hulk-esque names — Incredible Hulk, Purple Hulk, OG Banner, Bruce Banner #3. I snapped back to reality, buckled up my seatbelt and sped over (while adhering to the laws of the road) to Headmaster MMJ. The purple building shook loose my critical anger and left me feeling, dare I say, incredible.

The building is smaller than it looks from the outside, and the patient room even more so, but it was big enough for a medical shop. Right from the start, I was grinning ear to ear because of the over-the-top flower quality and the fact that there were two budtenders instead of one (I’ve written about this safety issue in the past). Their catalog was diverse, but there weren’t so many choices that I felt overwhelmed. I quickly became distracted by my budtender’s English accent, and then he blindsided me with his funny tales of being a “Florida man.” But I came to this dispensary for one thing, and it wasn’t storytime. So I grabbed my goodies and danced on out of there.

Headmaster, established four years ago, has two locations and they’ve dialed in their quality since 2017. Everything I got during my last trip was scrumptious, to include their Incredible Bulk shatter from Dabs Labs.

Too many places I’ve reviewed lately sell Nine Extracts and Famous Xtracts, so it’s nice to see some variety. Headmaster’s flower was also some of the best I’ve had in a while, so the fact the shatter was extracted from their own grow only increased my joy. Every place I review, I try to buy hash extracted from house grows instead of from a third party’s.

Incredible Bulk was originally bred by Dr. Krippling seeds and is a mixture of three Indicas: Big Bud, Super Skunk and Green Spirit. It gets its name because the strain provides huge indoor yields. Turns out everything about this shatter is massive, including its sedative and relaxing effects. The reek off this hash reminds me of Yakitori and chicken teriyaki, and my tastebuds discern a strong gogigui vibe (aka Korean barbecue).

Speaking of massive, the total cannabinoids percentage was 97.9! Talk about medical-grade... I got 2 grams of this shatter, and the first was perfect but the second gram was a harsher smoke. This could mean a minuscule amount of the solvents used in the extraction leaked through, but this would be more a shortcoming of the extraction facility rather than Headmaster MMJ.

After being bowled over by a bowl of their flower topped with shatter, I went from an angry bulky Hulk to a thoughtful Bruce Banner. I wanted to figure out a way to distill my experiences with the Bulk into useful higher knowledge for you other heads out there. Which brought me to one of my favorite spiritual teachers; The Lion King’s Rafiki.

In The Lion King II, Rafiki spouts off some crazy wisdom. So I, in search of higher meaning, pondered his Zen-filled quote, ”Asante sana, squash banana, wewe nugu, mimi hapana.” This is a Swahili playground rhyme, which translates to “Thank you very much (squash banana), you’re a baboon and I’m not!”

I don’t get it. And I still feel like a baboon — so I’ll settle for Hakuna Matata. Stop by Headmaster for some shatter and leave your worries behind, too.