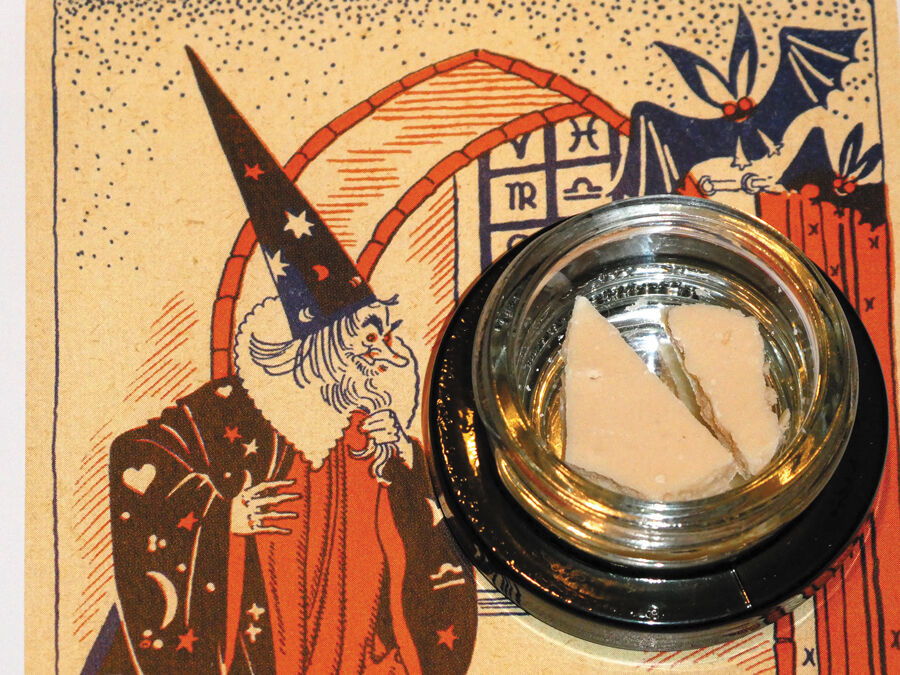 ‘There can be only one!” is a silly catchphrase from the movie Highlander. I’m not a big fan of the series, so I can only relate to my friend Jack’s interpretation of the line. Any time he’s in the presence of someone who shares his name, he immediately becomes competitive and wants to be the only Jack. Sharing his name with a stranger seems to get under his skin, and I can understand. We humans are highly individualistic and like to think of ourselves as unique. So when the doldrums of daily life depress me and pressures to conform make me feel just like another John Doe, I speed on over to the closest dispensary. During my most recent time of distress, The Apotheke was closest. My goal: Get high enough to like Highlander.

The Apotheke is on South Academy Boulevard, but finding it is a little tricky. After going down some side streets or zigzagging through nearby parking lots, I spot it, and once I do, I realize I’ve found a real treasure! It doesn’t look like much on the outside but on the inside, The Apotheke has some of the spiffiest décor I’ve ever seen in a dispensary. The shop’s logo is a plague doctor’s mask and the interior vibe goes hand-in-hand with that imagery. The attention to detail is astounding. They have Victorian-style wallpaper, old-fashioned typewriters and other accoutrements reflecting a steampunk aesthetic, which is inspired by 19th-century industrial steam-powered machinery (think Jules Verne and H.G. Wells).

So I steamed on home with my bag of hash and, upon arrival, I popped in my favorite steampunk album, The 2¢ Show by Steam Powered Giraffe. I swayed to the music and tried out some wax from Nine Extracts called There Can Be Only One. This stuff takes the cake for strangest name for a medical marijuana product, but further research makes me think it’s a mix of a few different strains, as there isn’t any info I’ve found for a strain by this name. The terps seem to change every time I puff so this furthers my theory that it’s a mashup. If it is a hybrid, the flavor profile and stank become less flummoxing after a few more puffs. It reeked of smoked cheese and tasted of sourdough bread with a huge side of fennel. I don’t know if the food aroma/taste is what triggered my munchies, but once I started eating, I couldn’t stop. The only drawback — aside from the food coma — was that the intoxicating effects were more short-lived than I would have hoped and it made me cough a lot more than I would have liked.

So what have I learned from this experience? Well, there should only be one me — and you. It’s of vital import for everyone to avoid conformity and for people to be themselves. And I hope you don’t need to get stoned to realize that. A quote from one of the best modern novelists of our time, Thomas Pynchon, expresses my beliefs concisely: “Every weirdo in the world is on my wavelength.” Sportos, motorheads, geeks, wastoids, dweebies — it’s all kosher ... so let your freak flag fly! And if you stop in at The Apotheke, I think it will help you reach your wild and weird potential.