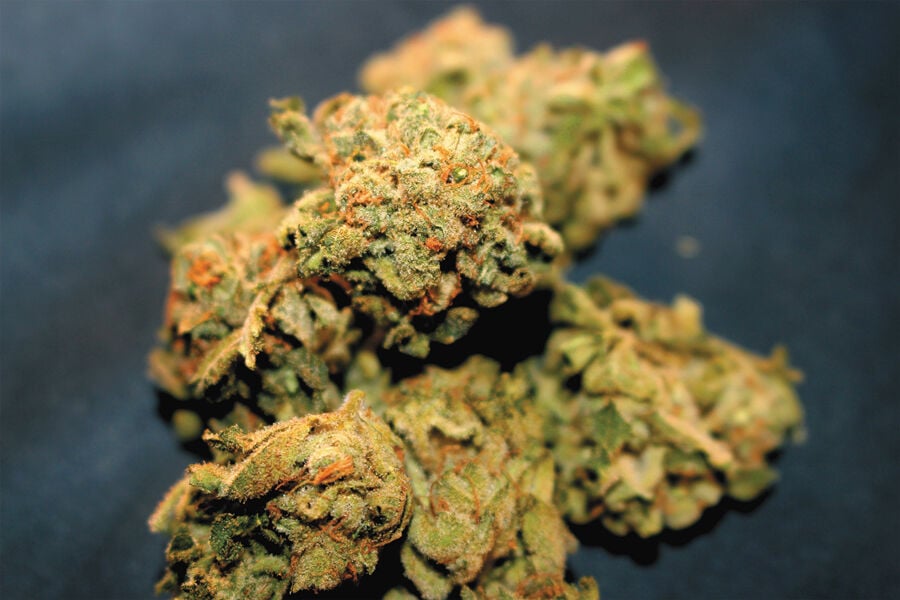 In searching out new places to sample, I found myself looking at the menu of a little shop called Dr. Releaf (the Willamette Avenue location) — like “What’s up, doc?” When I noticed they had Kandy Kush, a favorite strain I haven’t seen around lately, I heard those old familiar drumbeats kicking in and that rhythmic cry, “I want candy!”

OG Kush blended with Trainwreck wrought this wonderful strain, and I was excited to see how the Doctor’s curing would deliver. It’s an unassuming shop with a large waiting area where the transaction would take place, as we still adhere to COVID restrictions. The budtender, behind glass, showed me a couple strains, I made my choice and he disappeared around the corner for a few moments and then reappeared with my purchase.

Now this is the odd part. Once I got the herb home and pulled my baggie from its packaging, I felt like I’d gotten something different. The bag of buds I’d seen in the dispensary didn’t much resemble what I had here at home. In the store, the flower was a dark forest green and made up of small, dense, Kushy looking nugs. When I was told I could smell it, touch it, anything short of tasting it, I’d cracked open the quarter bag of herb and got a whiff. There was a detectable sweetness that emanated from the baggie. It wasn’t much, but it was there, so I asked for an eighth.

Not only were the buds I brought home lighter green, fluffier, and much fuller in size, there was no sweetness in the aroma. Instead, all that awaited was a pungent bouquet of earthy pine. I was definitely left scratching my head. If these buds were the same strain, then I would guess they weren’t from the same grow cycle as the bag I was shown in shop. By the next morning, with some settling (or perhaps further needed curing?), I could make out some slight sweet tobacco-like notes coming through every now and again before giving it the wake-n-bake treatment.

When I was deciding between strains, the budtender noted that they preferred the taste of another strain I was considering to that of the Kandy, and now I understand why. This Kandy has a somewhat muddy, musty flavor and unpleasant notes. That signature Kandy sweetness was relegated to a sad slight finishing note and wasn’t delivered on the front end at all.

Instead, this Kush offered a flavor profile I could only describe as an odd cross between scorched earth and wet dog, a disappointing first for me. Especially since I have long been a fan of the Kandy, and have never had it taste like this before. It wasn’t so overwhelming or potent a profile that it made the bud unsmokable, but it also didn’t inspire me to go for another bowl.

This Kandy Kush has a somewhat muddy, musty flavor and unpleasant notes.

The high it provided was unfortunately less than notable. Billed as a 25 percent Indica, there was very little headiness hitting me after making my way through most of the bowl. I was buzzed, that was unmistakable, but it was light, not what you’d expect at 25 percent THC first thing in the morning. This could also be due to the less-than-appealing flavor profile, as I treated this strain more like a scotch — best for small sips to keep that not-so-delicious flavor from overwhelming my taste buds.

I’d set out for some Kandy. Instead, I was crushed.