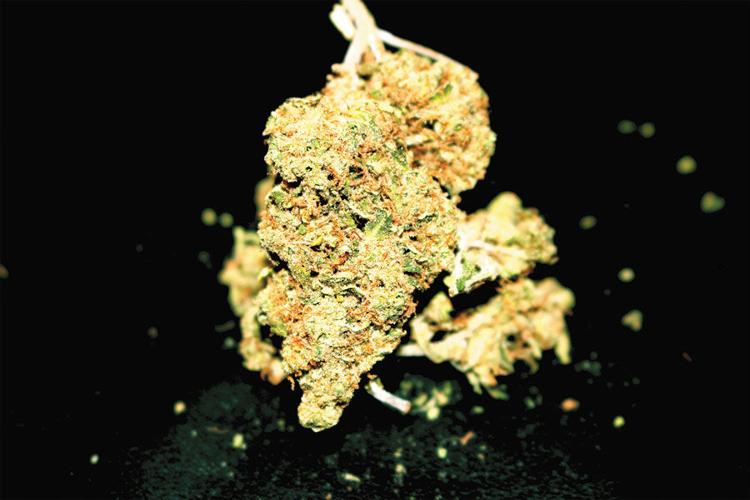 Once upon a time there was a young(er) Westsider whose early days of red-card holding mostly saw him hanging his hat at the shops on that side of town. Years later, this seasoned smoker regularly searches for the green kings and queens of southern Colorado’s cannabis scene.

Like many who share this hunger for finding the dreamiest crops, nothing satiates me on this endless road of cannabis critiquery (to borrow from Tessa Violet’s addictive track “Haze.” This week, I decided to swing by an old haunt — Indispensary West — once the designated  keeper of my medical plants. I hadn’t visited their dispo since moving my membership on to other green pastures, so it was nice getting a little bit of a throwback vibe upon my return.

Stocked evenly with their own grow and the buds of others, I found some tantalizing and tempting Super Lemon OG. The friendly budtenders got me squared away, and I headed off into the sunset, eager for a thorough examination of the Indica I carried at my side. Super Lemon OG is a combo of Captain Krypt OG and Super Lemon Haze, and while this current grow is coming in at a mere 15 percent THC, it still carried a promising, appealing bouquet and overall appearance.

The buds were crystal-covered and totally wrapped like an holiday present with a wild mane of red hairs. The OG definitely had the shelf appeal to win the day. It was the bud I was ready to brag up once I got it in the bowl. And though some of the nugs were a bit stringy in places, with some denser cores on the larger colas, the Super Lemon OG packs in pretty tight and burns fairly slowly and evenly.

The smell of the bud is predominantly that of lemons (as one might expect from the name) but it finishes with an almost sickly sweet rose-like aroma that makes for an odd fragrance pairing. Not in an off-putting way though, just one that makes the brain do a somersault or two as it tries to make sense of what’s hitting the senses.

The OG holds steady on the citrus spectrum as flavor goes — the Super Lemon is super lemony and a little bit spicy (almost like it’s been sprinkled with a little nutmeg or cinnamon) in its bitter bite on the way in ­— and on the out. And as with most strains, if the flavor and aroma are on point, the THC percentage is not always indicative of the potency. In my experience, the flavor intensity often foretells the terpenes’ ability to affect my state of mind, according to my completely unscientific “studies” on the subject. The Super Lemon OG proves to fall in line with that theory.

In fact, it’s a bit of a brain wiper at times. For example, I have no recollection whatsoever of the first OG bowl my wife and I shared. We smoked this find together the first time, and I noted one observation for my review — and that was it. The next time I opened the jar and booted my computer to start the critique, I found some buds with exposed stems and bits broken off at the top of the pile, and I asked my wife if she had packed a bowl of the Super Lemon without me. True story.

It wasn’t until I was taking flavor notes that I noticed the quite appropriate item I had scribbled under the influence of that forgotten smoke sesh: “Puts you in that hazy daze where keeping on track is not the easiest of tasks.” And it fully makes one susceptible to sidetrackage and, again, apparently brain wipage.

That heady haze hits fast, and doesn’t hold back as the OG creeps into the cranium in that Indica way.

“I try to walk it off, but my brain is filled with fog, disconnecting my mouth from my thoughts...” as we come full circle to Tessa, borrowing from her fitting lyrics once more. The Super Lemon packs the punch of a superhero, and brings that blissy, baked bit of awesome to your day. Make this strain from the Indispensary an indispensable addition to your Colorado cannabis adventures!