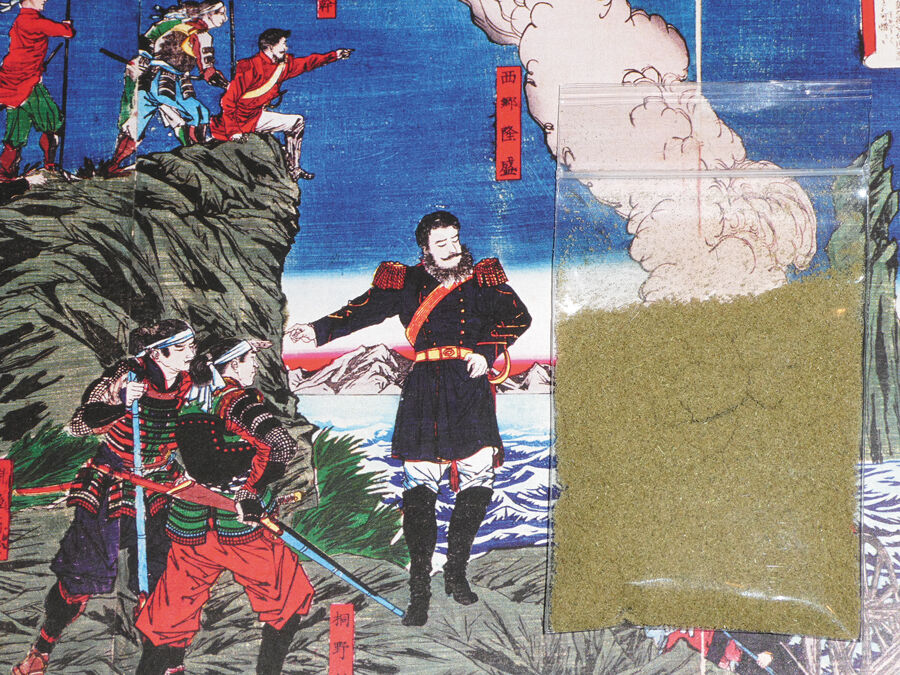 I initially decided I wanted to review a product from Trichome Health Consultants after being made aware of them through the show My Ghost Story on the Biography channel. The episode originally aired in 2011 and describes a ghost who resembles a gentleman from a bygone era who is partial to cigars.

The specter causing poltergeist activity at the dispensary was the subject of the TV program, which concluded with a local ghost-hunting group filming a “black mass” moving about the shop. A haunted weed store with a ghostly cigar-smoking guest ... this I had to see! Whenever I visit a paranormal hotspot in the area — like the Pioneers Museum or Miramont Castle — I’m struck with some supernatural vibes. Naturally, this time I was hoping to get stoned on some paranormal auras.

This kief got me a little doped, but it fell short.

Unfortunately, as much as I wanted to give this trippy and supernatural spot an out-of-this-world review, the product fell short. But the location itself had unearthly good customer service. As well, the dispensary offers Medibles, one of my favorite edible companies in Colorado. Medibles is epic because they have a diverse catalog. And they are one of the more inexpensive edible companies in the area but don’t cut quality for that lower price tag.

But I was left hungry and not as high as I’d like to be after trying the dispensary’s kief.

I tend to bring home a variety of products from each dispensary I visit to get an overall feel of the place, though I usually focus on the flower and concentrate because, to me, those are the staples of most dispensaries. If you grow your own flower and convert it into other products, it has to be dank. The competition is too fierce in this over-saturated marketplace. A few years ago, disparity in quality wasn’t as noticeable because there were fewer choices. Now disparities are pretty apparent.

The budtender at Trichome mentioned that a lot of their clientele is older, which makes sense. My parents’ generation was smoking green that would have had a THC content of 6 to 13 percent, a range this dispensary’s older patrons may be  comfortable with. But for me, it didn’t scratch my itch.

However, very few places sell kief these days, so I felt more upbeat when I saw they had a huge jar of it that they dispense by the gram. Kief is typically the most potent part of a cannabis plant, with the highest concentration of THC. I loaded up a big bag and felt good knowing I could use it to smoke, make edibles, etc. It was not strain-specific, so the terpene content and strain parentage are unknown, but the taste made me think it must be a mixtape of strains.

It tasted and smelled like the typical tasty and gritty kief you find at the bottom of a well-used grinder, but this batch was heavy with notes of dusty collard greens. As well, good kief can be sticky, vibrant and have a sweet smell, but this batch seemed to be a little stale and dry, so the aftertaste and stench reminded me of graveyard dirt. It got me high, but made me feel like I had been licking headstones.

The vibe of the whole experience reminds me of a quote from Gothic writer and poet Edgar Allan Poe — “In criticism, I will be bold, and as sternly, absolutely just with friend and foe. From this purpose nothing shall turn me.” Although I’m legitimately worried about being haunted by this dispensary’s wraith, as a critic and industry insider, I have to stand firm. This kief got me a little doped, but it fell short.