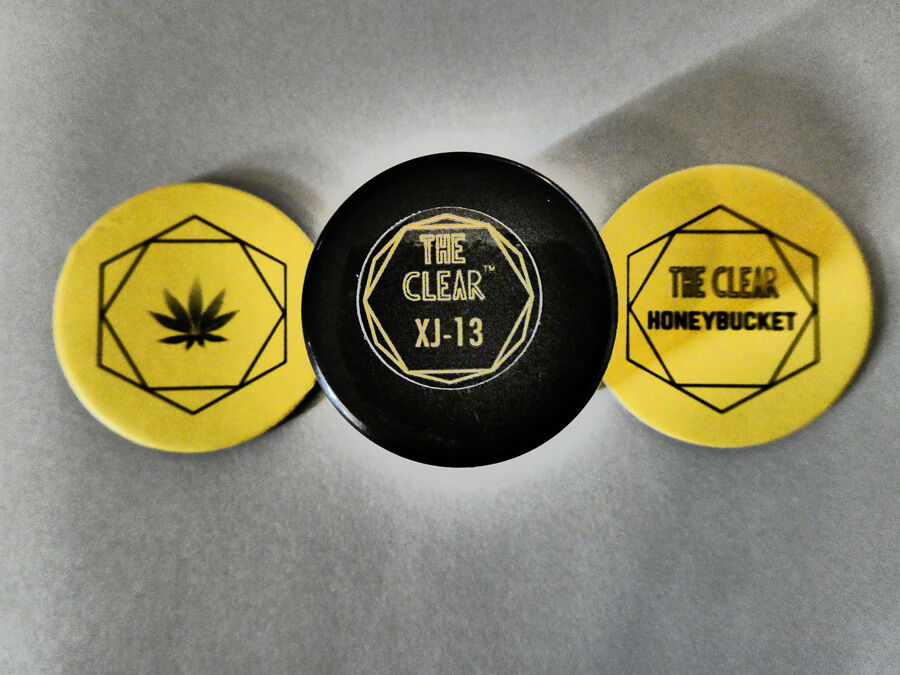 Jamming out to one of the newer Flaming Lips tunes, “Assassins of Youth,” I stare into the eyes of a bull. It’s an illustration by J.N. Curry on a trippy book cover, a 1937 pamphlet by Rev. Robert R.J. Devine called “Assassin of Youth: The Moloch of Marihuana.” In the illustration, “peddlers” are flinging their “victims” into the fires near a statue of Moloch, the bull-god associated with child sacrifice.

The cover ruffles my feathers, so I pull out some potent honey oil, with a THC punch almost hitting 94 percent. Those G Men would be deucing in their drawers if they could try what we have today; most flower back then would be lucky if it hit 10 percent THC. I take a hit and think of a hip illustration of pot to contrast the “Moloch of Marihuana.” How about the illustration in a 1952 issue of Fate magazine, depicting a left-hand cigarette in a man’s right hand. It reads: “Liamba... psychic drug of the jungle.” To me, that’s what the exquisite extract is, a psychic inducer, a creativity producer and an enlightenment emolument.

I picked up this XJ-13 oil from Fountain Superstore’s luxury showroom. The natural lighting, tall ceilings, glass jars, concentrate-packed cases, product stations and circular feng shui are topped off with a very fractal-esque art piece once you walk through the doors. If I owned a dispensary, I’d be happy if it was half as swanky as this place. Although they don’t have a grow of their own, Fountain Superstore is the future. Once the Marlboro and Monsanto men of the world invade the cannabis industry following federal legalization, Fountain Superstore will be ahead of the curve, acting more like a typical liquor store serving all sorts of products from different companies. With a posh atmosphere and A+ service, this place is gunning for greatness.

The ultra refined honey oil from The Clear is nothing new for any red card-carrying medical patient in the Springs. I remember first trying The Clear a few years ago... it was so bomb it inspired me to learn from industrial hygienists how to be an extraction artist; although, extraction is the only thing I haven’t done in the cannabis industry. The strain I chose is XJ-13, tasting of anise, herbs and black peppercorn.

The smell punts you in the face with sugary fruit covered in gasoline. And is that a trace of car lubricant? While the taste is not very powerful, the lack of reek gives it a much cleaner aura — which anyone who enjoys The Clear will recognize. I was fired up about the naturally derived, steam-distilled terpenes from plant extracts, but speculation on the terpene profile would be an injustice — although I wager it at least has terpinolene.

But with parent strains Jack Herer (a Sativa named after the lovely activist who wrote the hemp classic The Emperor Wears No Clothes) and G-13 (the secret government super strain Indica from the University of Mississippi), this true 50/50 hybrid is full of class and clarity. And with 30mg of CBD mixed in, it makes this industrial hemp employee feel sprightly, which is what I need as Old Man Winter blows in his zephyrs.

Try not to let this honeybucket get you too stoned out of your cabeza.

When stuff is this dank, I spark spliff after spliff. But try not to let this honeybucket get you too stoned out of your cabeza. Instead, get creative and maybe paint or twang out a ditty or cook something cheesy or get kinky. But I remember a saying my father taught me: “You get higher when you share.” So grab a pard and some papers, light up a pinner — and share.