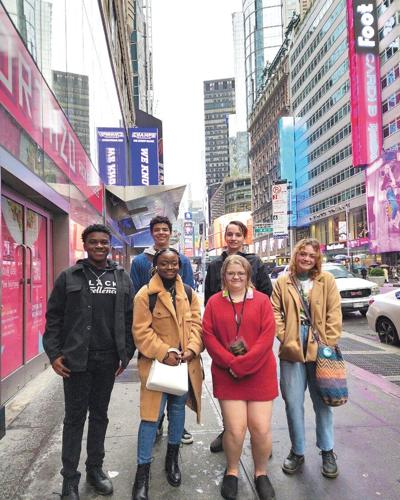 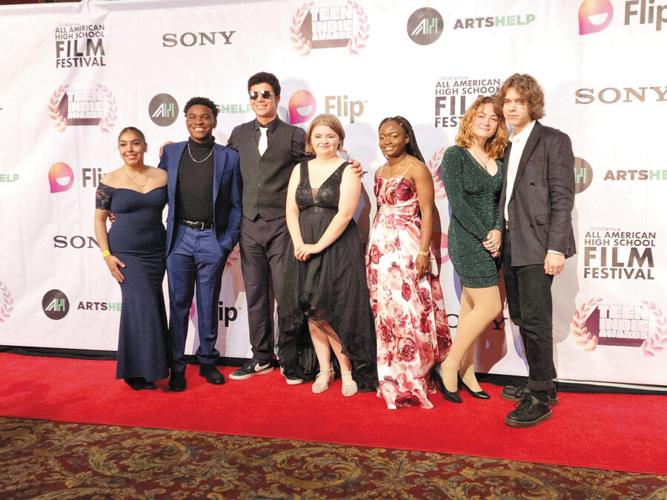 Olive Van Eimeren is in an enviable position for a first-time documentary filmmaker from Manitou Springs. She met with the Indy just days after winning Best Documentary in New York City at the All American High School Film Festival for her short film Skinned Knees. The documentary, in which she reconnects with and interviews her estranged, abusive biological father in Grand Junction, won her a $60,000 prize scholarship to Huntington College in Indiana.

Van Eimeren, a 2022 Manitou Springs High School graduate, started acting in school plays under the tutelage of artistic director Wendy Harms. “I had a good time doing that,” she says, “but I stepped back during COVID and wasn’t all that comfortable acting anymore. So I thought, ‘What if I go behind the screen?’” She attended film camps, learning the basics and cinematic history, inspiring her to get a tattoo of the iconic “Man in the Moon” from George Méliès’ 1902 short film A Trip to the Moon. Through Harms, Van Eimeren connected with Tom Shepard, who founded the Youth Documentary Academy (YDA).

Shepard, who grew up in Colorado Springs, saw the need for an art academy here after going to school in the San Francisco Bay Area and becoming a documentary filmmaker. He moved back to Colorado Springs and in 2014, created the YDA to empower young creatives to tell stories about personal and social issues with film. “When [young people have] emotional skin in the game, you see their motivation to learn and their competency is just amazing,” Shepard says.

Olive interviewed for the YDA with the documentary pitch that became Skinned Knees and Shepard was impressed by her ability to present it visually. YDA’s courses are based out of Pikes Peak State College and were taught virtually and socially distanced in 2020, which wasn’t conducive to making films. Van Eimeren and her class came back for 2021 when they learned the technical aspects of the shoot. During this time, she reached out to her biological father, Tim, whom she hadn’t seen in a decade. He agreed to the documentary concept, but her mother was initially apprehensive. “She didn’t necessarily know if she was comfortable enough to expose that part of her life,” Van Eimeren says, but her mother eventually agreed it was a good idea.

Van Eimeren and her four-person YDA documentary crew traveled to Grand Junction, bonding over her emotional challenge to ask questions of a father who struggled with his personal demons. They supported her through the interview, giving her the emotional space she needed to control the deeply personal shoot. Van Eimeren held off on the more probing, color-coded questions she had ready, sensing Tim’s trepidation. “He did not want to be on camera,” she says.

Skinned Knees is framed with footage of Van Eimeren riding a bike set against a poem she wrote. “I remember thinking back […] I didn’t learn to ride a bike until I was around 8 or so because I didn’t have a main father figure in my life at that time,” she says. “I started thinking: How does riding a bike influence childhood? I guess it’s the freeness of being able to ride a bike and I didn’t have that when I was younger.”

The film has clearly resonated with viewers, from her fellow students who watched early edits to the audience at the New York City theater where she ultimately won Best Documentary. Whatever she decides to do with the prize, her win is also a victory for her crew, Shepard, YDA and Colorado Springs’ film community.

Marisa S White’s new high-altitude-themed exhibition at Kreuser Gallery, Certain These Clouds Go Somewhere, is three years in the making. These manipulated works have no trouble tossing out conventional portrayals of space and time, inviting you to strange, yet vaguely familiar new places. “Rich in symbols and metaphors, Marisa’s world mimics that of a fairy tale where larger-than-life figures burst above the clouds, where the shape of water defies gravity, and doors are merely portals into other worlds.” 125 E. Boulder St., through November, tinyurl.com/CloudsGoSomewhere.

Manitou Springs’ 2023 Carnivale celebration and parade over Mardi Gras weekend needs a poster and the town is holding a contest to get the community involved. Next year’s Carnivale theme is “Manitou Time Machine,” reflecting the town’s sesquicentennial. Artists, designers, painters and all other visual artists are called upon to submit high-resolution digital art to Manitou Springs for consideration. The winner’s licensed work will be featured on ManitouSprings.org and subsequent promotions by the Manitou Springs Chamber of Commerce, Visitors Bureau & Office of Economic Development. Send entries and inquiries to manitoucarnivale@gmail.com or call 719-685-5089.