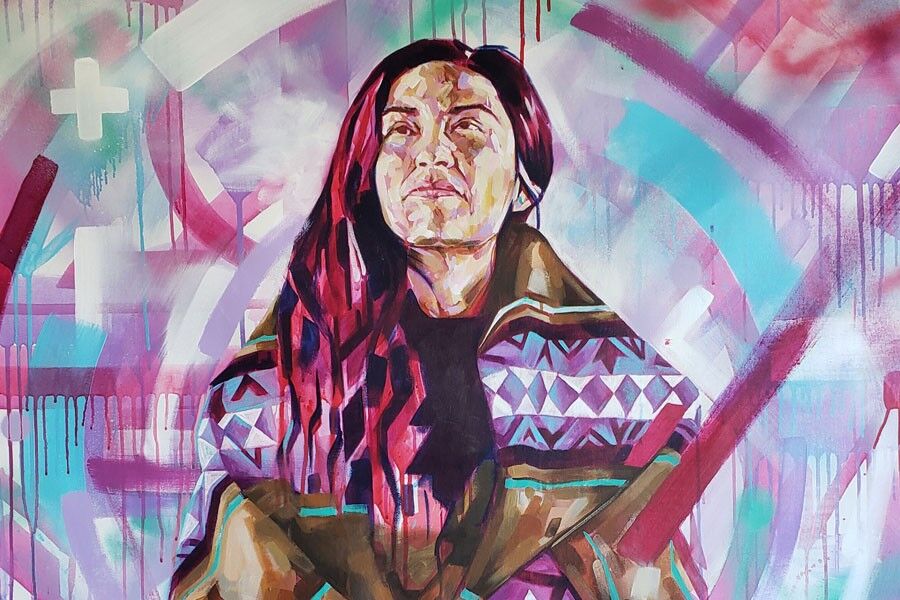 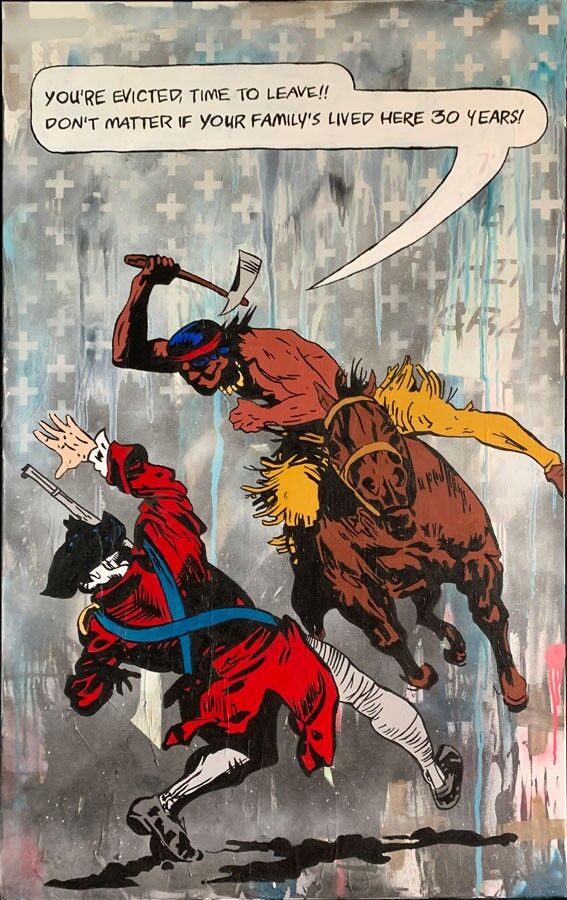 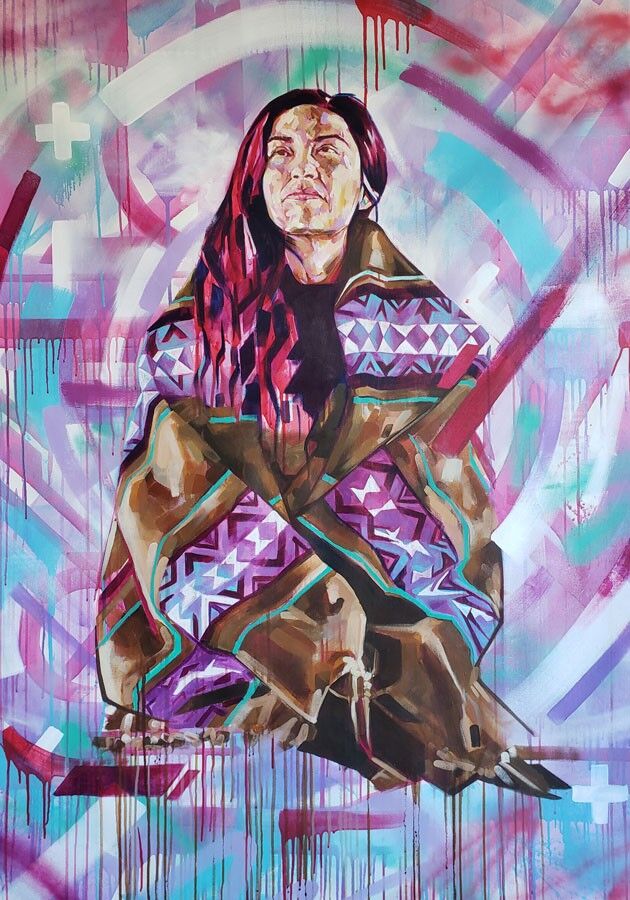 Here in the Western United States, many of us have been inundated with false narratives about Indigenous people, their cultures, histories and stories. Stereotypes abound, even and especially in the age of the internet. While people are encouraged to become more socially conscious, and now have the tools to do so, stereotypes and misinformation spread faster than ever. But one need only turn attention to the Indigenous creators in our own communities to reframe or dismantle those assumptions.

Opening Aug. 7 at the Modbo, Modern Storytellers highlights two such creators: Gregg Deal of the Pyramid Lake Paiute Tribe, and JayCee Beyale of the Navajo Nation.

Deal has a long and successful history in contemporary art, including painting, performance art, murals and more. In fact, his mural “Take Back the Power,” meant to draw attention to the epidemic of missing and murdered Indigenous women, recently went up at the northeast corner of 3 N. Tejon St. as part of the 2020 Art on the Streets exhibit. It’s a portrait of his eldest daughter with a red handprint on her face, a halo of gold encircling her head.

Though much of his work addresses race, history and stereotypical portrayals of Native American people, he went into Modern Storytellers with a particular focus.

“Modern Storytellers is a deliberate choice,” he tells the Indy by email, “pointing to the fact that Indigenous people in general are storytellers, but with art, there is an even more nuanced and specific story told.” He says Native people are often expected to be, and stereotyped as, storytellers, but are seldom in a position of power to control their own narratives.

[pullquote-1-center] “What a strange place for an entire ethnic group of people to be in,” he says. “Where the understanding of our existence is sorely misunderstood and misrepresented. As artists, we enter into a battlefield where there is a fight to control the narrative to some degree.”

At this stage in his career, Deal says he no longer cares what people think of him, which has given him a sense of artistic freedom that has imbued his works. By using what he calls “familiar iconography, faces [and] storylines,” Deal hopes to do double duty: Tell fresh, nuanced stories from his perspective as an Indigenous artist, and simultaneously combat stereotypes.

Beyale, a printmaker who runs a screen-printing and embroidery business, is no stranger to the walls of regional galleries, either. Through various media, notably influenced by street art and graffiti, he has long drawn inspiration from both Indigenous and Buddhist beliefs.

In this show, he wanted to portray Indigenous people, painted in a “beautiful and powerful” traditional way, rising from chaotic backdrops of paint. “The combination of the two styles allows me to communicate the continuation of tradition and culture amongst such beauty and chaos that can be seen in an urban setting. The subject matter and how I have chosen to present them allows for me to share my own personal stories of who I am, where I come from and where I am as a Navajo person in modern society,” he says.

Beyale comes from a long line of Navajo healers, and considers his art a continuation of that work. “It may not be in a traditional format as they did,” he writes, “but I am doing my best to recognize and honor that spirit as a modern storyteller through this wonderful gift and ability to create Art. If I can aid, inspire and educate just one person with my stories, then I feel that I have done my part as an Artist and fellow Human Being.”

And they invite you to witness this power for yourself.

Deal and Beyale’s joint show will be presented in the first First Friday celebration at The Modbo since COVID-19 forced the gallery’s temporary closure this spring. While Modbo openings typically last until midnight, owner Lauren Ciborowski says this event will run instead from 5 to 8 p.m.

Attendees must wear masks, and only a few people will be allowed into the space at a time. Luckily, there are other ways to view the show for those who are housebound or avoiding crowds. The Modbo can be open by appointment, or you can schedule a private FaceTime tour.