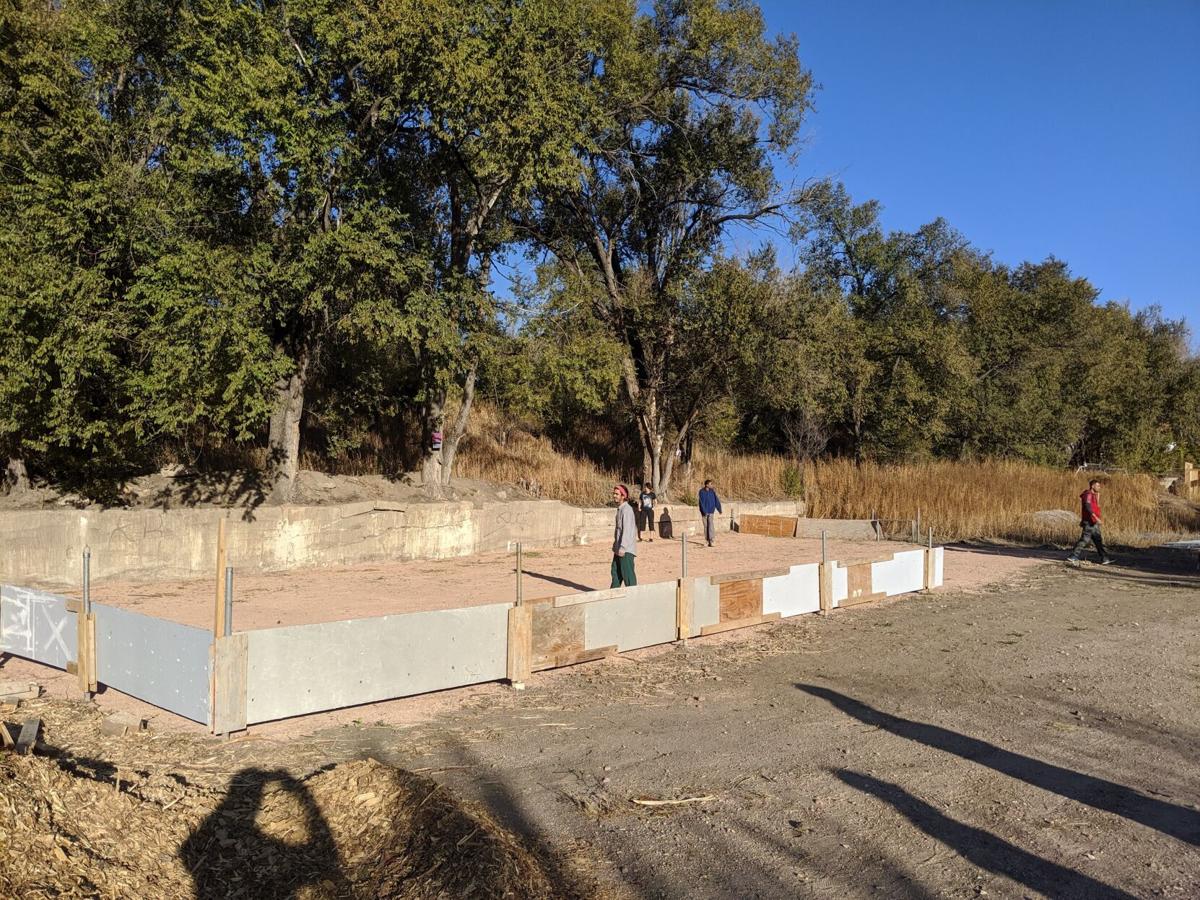 Visitors check out the soccer field at the Concrete Coyote site. 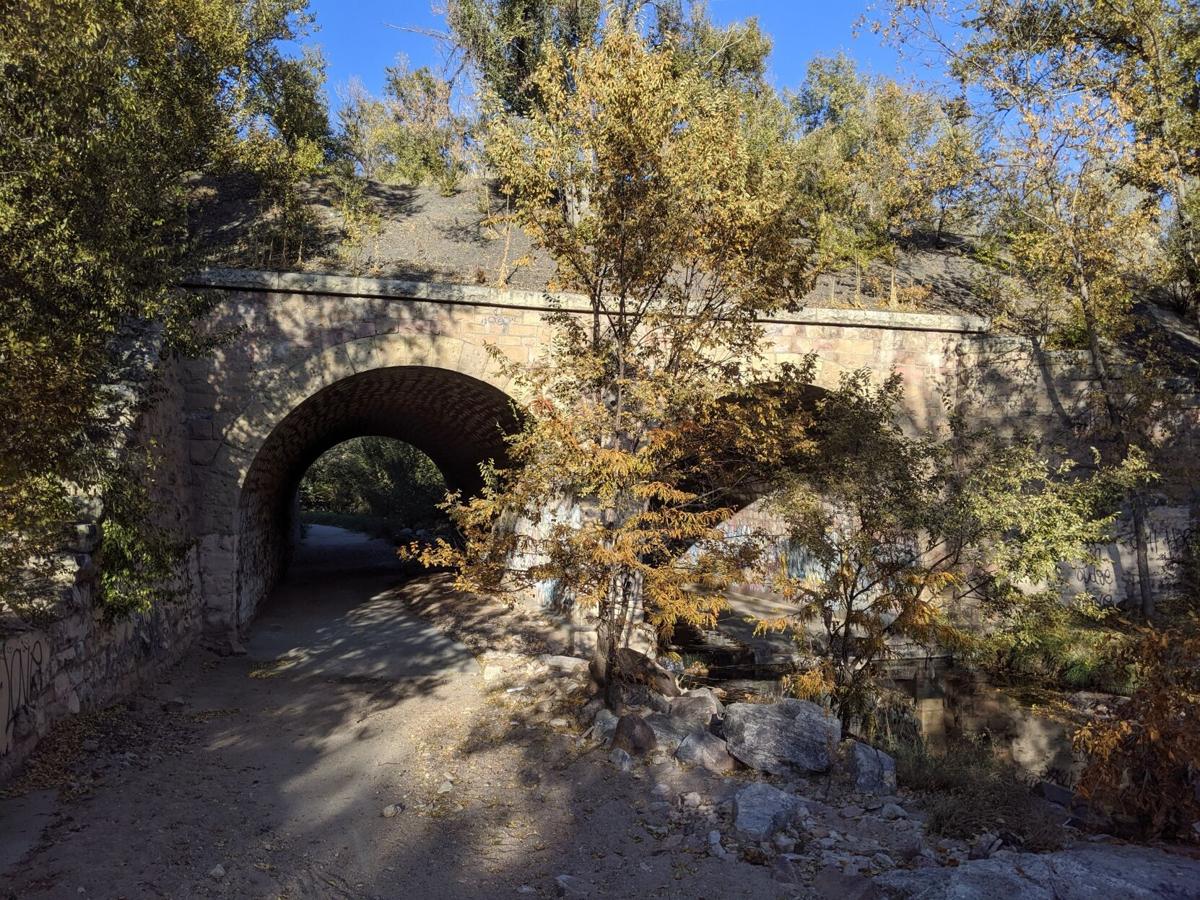 Shooks Run cuts through the Concrete Coyote plot, and will play a critical role in the proposed natural park at the site. 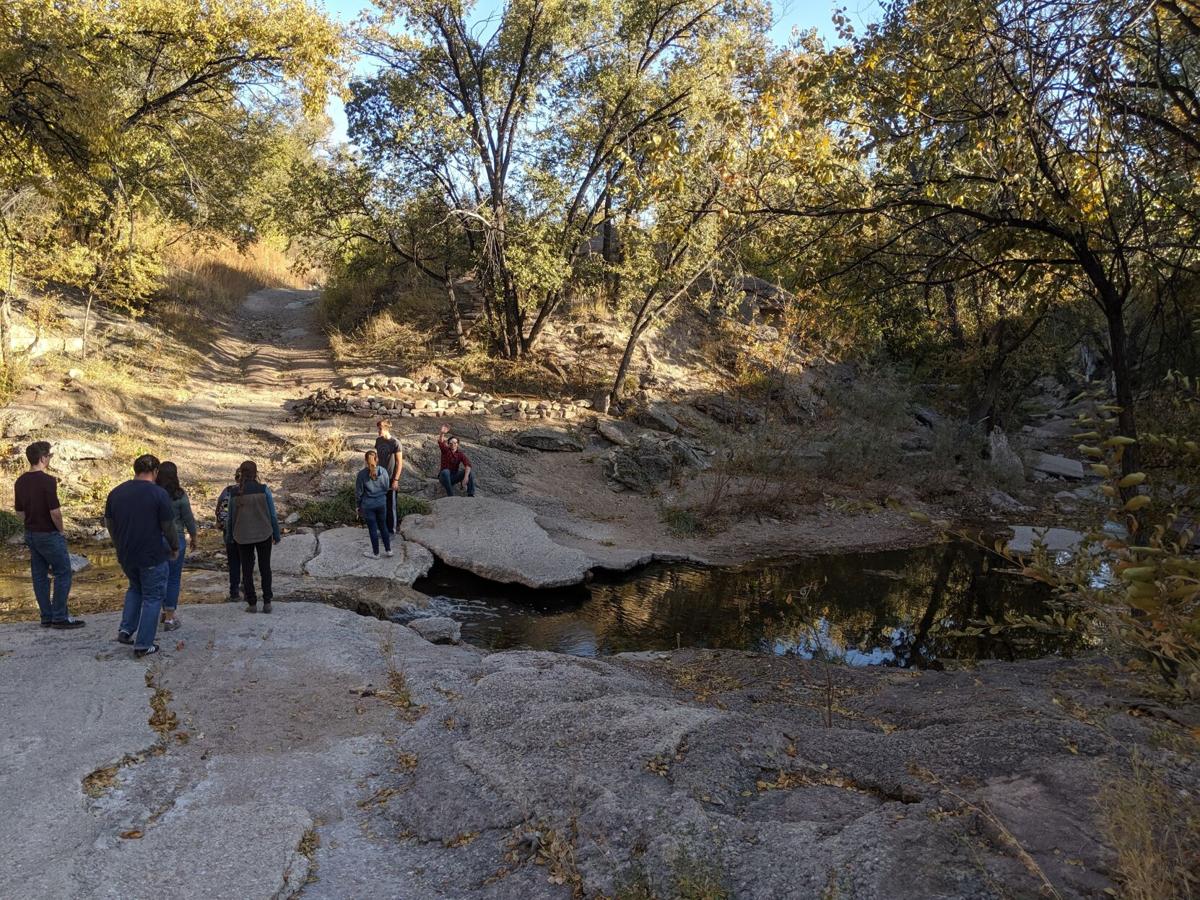 Visitors explore some of the new Concrete Coyote land at an ArtPOP event on October 15.

Note: This article is part of a monthly column written by Jonathan Toman that explores cultural organizations in the Pikes Peak region and the personalities that power them. Jonathan serves as the Peak Radar Manager for the Cultural Office of the Pikes Peak Region. PeakRadar.com connects you to over 4,500 local events and 400 creative groups — all in one beautiful website for the Pikes Peak region. Jonathan can be reached at jonathan@culturaloffice.org.

Many landmarks can be used when giving directions — gas stations, restaurants, parks — but a giant hammer sculpture might just be unique in the history of finding your destination.

Steve Wood and Concrete Couch have a new home — more than five acres of land southeast of downtown Colorado Springs, at the intersection of Royer and Las Vegas streets in the Hillside neighborhood. But no worries if you get lost — you can always search the skies for the giant hammer, the bat signal for the next evolution of Concrete Couch.

Dubbed “Concrete Coyote,” the site will include a little of everything: a revived landscape with trails, gardens and a playground, office and storage buildings, and of course all kinds of room for programming — art, job training, urban gardening, restoration and more.

“There are 100 new doors, and we want to open all of them,” Concrete Couch founder and director Wood says of the new “house for the Couch.”

Inspiration for Concrete Couch originally came to Wood from, of all places, a utility bill. It mentioned a program where community youth had been engaged to remove graffiti, building job skills along the way.

“I thought, those are mainly stop-gap solutions, those areas could get grafittied 20 times a month,” Wood says. “What if we could create a piece of public art in an intense class-type setting? You’d still get those job skills and we’d also make a statement that could potentially stop graffiti at that site.”

“It was really compelling for those kids to put their mark on the town.”

The goal was to get to know people and make something bigger than the sum of its parts, and do it at a high artistic level. The mural program saw quick success, and Concrete Couch, formed in 1990, became a 501(c)(3) in 2004. The mission: To work with kids and community groups to create public art, to build community, and to create environments and experiences that humanize our world.

“’Humanize our world’…that’s pretty broad,” Wood says. “But that allows us to create lots of types of experiences, to create beautiful experiences and beautiful and functional things for the community.”

With Concrete Coyote, those experiences can now be pushed into overdrive.

“Whenever it’s not yours, you don’t have the same potential to transform it,” Wood says. “We can create experiences and projects that will be of value to different communities. The question becomes ‘How do we weave these ideas into the same tapestry?’ As a creative group, that’s a wonderful challenge to have.”

Wood and his team are entertaining a wide range of ideas. There are a few must-dos: improve the ecological environment of the site, including making the community park available through inclusive experiences for visitors with differing skills and abilities.

“One of the big challenges is prioritizing,” Wood says. “Anything we take on has to be value added to Hillside community.”

Working with the neighborhood’s youth is another key, along with bringing a diverse group of community members together. Beyond that, the sky is the limit. They’ve already fashioned a small soccer field on the property, and waste from the Pikes Peak summit house project is being diverted to be used for projects at Concrete Coyote.

To Wood, Concrete Coyote is transformative for the organization — a new piece for the tapestry of the evolving Pikes Peak region.

“It’s not a replacement for something like the Garden of the Gods… but in its own unique and funky way, just as amazing.”