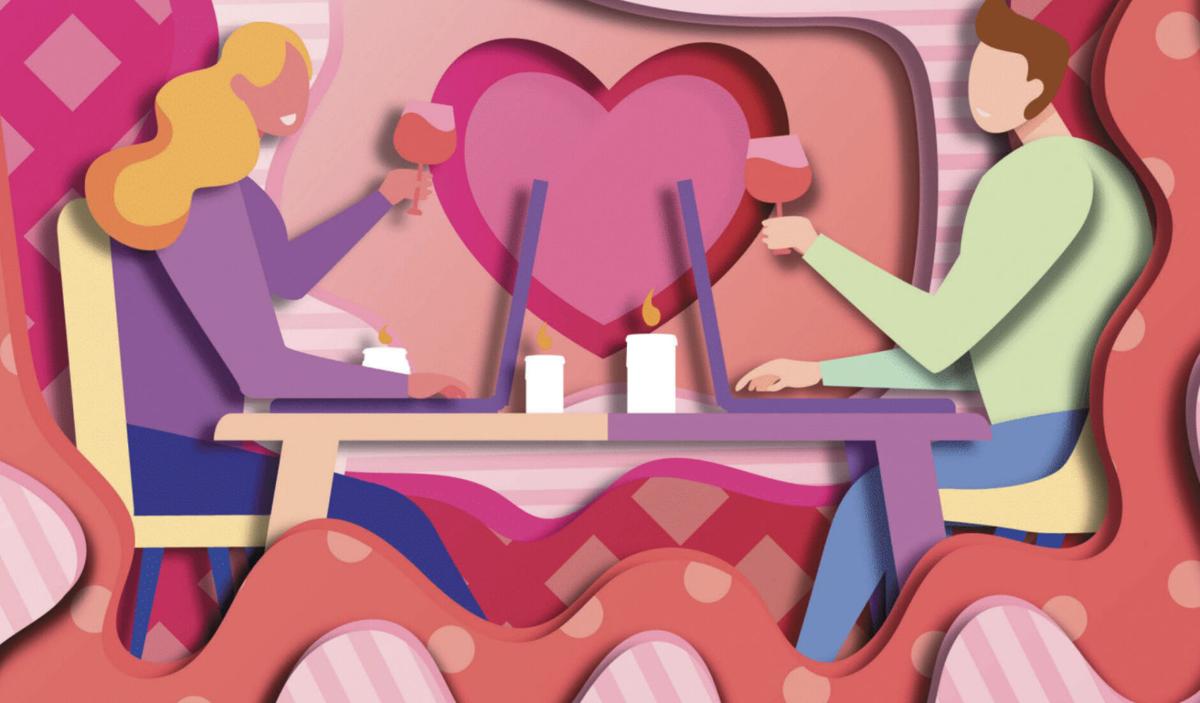 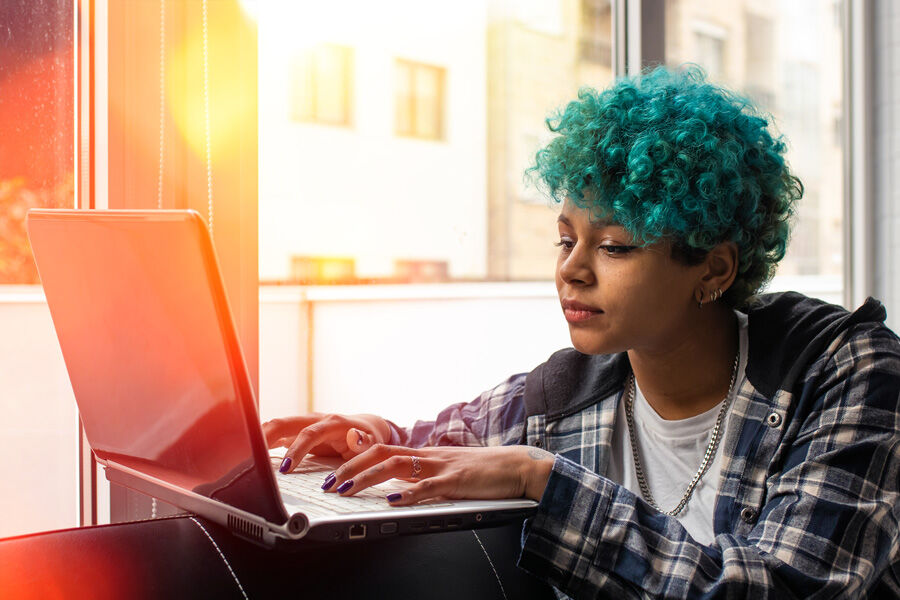 While they’re facing the pandemic pains just like everyone, the team behind local dating podcast Single in the Springs is looking to be a saving grace in the age of loneliness, unhealthy hours of screen time and hopeless-romantic playlists.

On their podcast, hosts Meagan Thomas and Madeline Hoeppner share their dating experiences, as they give advice and invite guests both academic and casual to add to the discourse. After gaining virtual traction in 2019, they started hosting “Singles Mingle” events, acting as wing-mates for folks looking for love. Thomas says their Valentine’s Day event last year brought in over 150 people.

Their core goal is to normalize being single, and to do so by being vulnerable and encouraging vulnerability in their audience. They are open about the bad dates they’ve been on, even when they were responsible for causing conflict themselves.

“Some days I love dating and some days I feel like I’m going to die alone,” Thomas says. “No matter what stage you’re at, you gotta do it. That’s really the only thing. You have to date to find your person and sometimes it sucks.”

She adds, “It’s so much easier to commiserate with someone than ask ‘why does this happen to me?’ That’s the message we want to send; sometimes it’s fun, sometimes it sucks, but you can always laugh at it and commiserate and hopefully keep trying.”

But of course, the pandemic hasn’t made finding the perfect match any easier.

“Dating is an online world now,” Hoeppner says. “That’s not really how human interaction should be. You could be successful — I’m sure [being] pen pals works — but it’s not ideal obviously, so I think most people are struggling.”

She warns against going out with folks before you really get to know them, no matter how eager you are for an in-person date.

But, Hoeppner says, a lot of people have gone against their better judgement to meet up with new potential partners right away. “[I’ve heard about] socially distanced hikes in the woods, which I don’t normally encourage cause you never know what someone’s gonna be like. You don’t want to be isolated.”

With so few ways to get to know people online before jumping into a courtship environment, Hoeppner suggests some strategies:

“You really want to just make sure that you can speak with this person,” she says. “So you know if you’re a fun witty person, if they speak your language there’s plenty of icebreakers you could use. But what I would suggest: Just ask what their hobbies are pre-pandemic and during pandemic, and if you guys have any common ground, try to meet at that level.”

While Single in the Springs hasn’t been able to hold its Singles Mingle events since the pandemic started, Thomas and Hoeppner have adjusted for the Springs community.

A few months ago, they held a small event meant to help folks improve their online dating profiles, complete with professional photographers and bio-writing advice.

“With your bio you don’t wanna be too overdrawn and just talk about work; make sure you talk about pleasure as well,” Hoeppner says. “That’s ultimately what your partner is looking for. They’re not looking to be a co-worker with you, they’re looking to be a partner in life. So by not including something personal, it doesn’t help  you stand out. And the other thing would be to try to make yours unique... Compare yourself to the other people of your sex and [try not to] be as generic as possible. Don’t be that basic person.” The idea: Looking at others’ profiles will help singles learn how to stand out more.

Dating is an online world now.

— Madeline Hoeppner, Single in the Springs

Hoeppner shares the story of one client who included more memes in his profile than photos of himself. “They get that you’re witty and that you love to have a laugh and you don’t take life too seriously,” she says. “But this is dating so you need to be a little serious if you want to date.”

Despite seeing a few more memes than she’d prefer, Hoeppner sees more potential in online dating sites than ever before.

“They’re definitely more effective now than they have been,” she says. “But I do think people are mostly joining the apps now just because they’re lonely. Since human interaction is very limited now, people are most likely going on dating apps because they just want to talk with somebody or just see new people.”

But they understand online dating has its limitations, so they’re planning to host singles events again as soon as possible — with alterations for the sake of safety. Singles might see masks as a barrier to finding true love, but Thomas is confident they won’t present too much of an issue.

“It’s always difficult to understand someone’s body language,” she says. “The masks aren’t helpful, but … it’s usually easy to see if someone wants to talk to you or not, and if someone can’t really pick that up with the masks they aren’t going to pick it up without one anyway.”

The duo understands their actions can only do so much, but they have made efforts to cater to the entire dating scene of Colorado Springs, not just a heteronormative audience.

Due to feedback, Hoeppner and Thomas have been planning more inclusive events to include the queer community in Colorado Springs. That’s meant working with the owners of new local gay bar ICONS to plan events this spring, when some pandemic restrictions may have eased.

We’re not perfect; we’re learning. And we want to make sure that we’re as inclusive and safe as possible for people.

— Meagan Thomas, Single in the Springs

“Colorado Springs can feel less-than-friendly for the LGBTQ+ community, so our first priority has to be inclusivity,” Hoeppner says. “Even though we have the LGBTQ+ events, we like to make sure people know that our singles mixers are for everyone. So we have a lot of people that said they would continue to go to both of those mixers.”

Thomas says community feedback has been vital. “That was one of those things that showed us we’re not perfect, we’re learning, and we want to make sure that we’re as inclusive and safe as possible for people,” she says.

Hoeppner and Thomas are also in a position to make their podcast more inclusive and accessible by including queer folks and their perspectives, though they did not communicate any specific plans as of this writing.

With their efforts, Hoeppner and Thomas hope to reach and affect the widest audience possible through their podcast and social media — and to offer dating advice to get singles through these weird times.

As Thomas made clear — they might not have all the answers, but they’ll always be there to commiserate.

5 steps to socializing safely and responsibly within a pod

Let’s face it, we’ve been in isolation — to varying degrees — for almost a year, and no one …

Date ideas to keep your love life kicking while in quarantine

Whether you’re swiping left and right on Tinder looking for the one, or you’re already in a …

COVID may make us more vulnerable to romance scams

Lea Peterson was vulnerable. She’d lost her husband, an Army soldier, a few years before to …