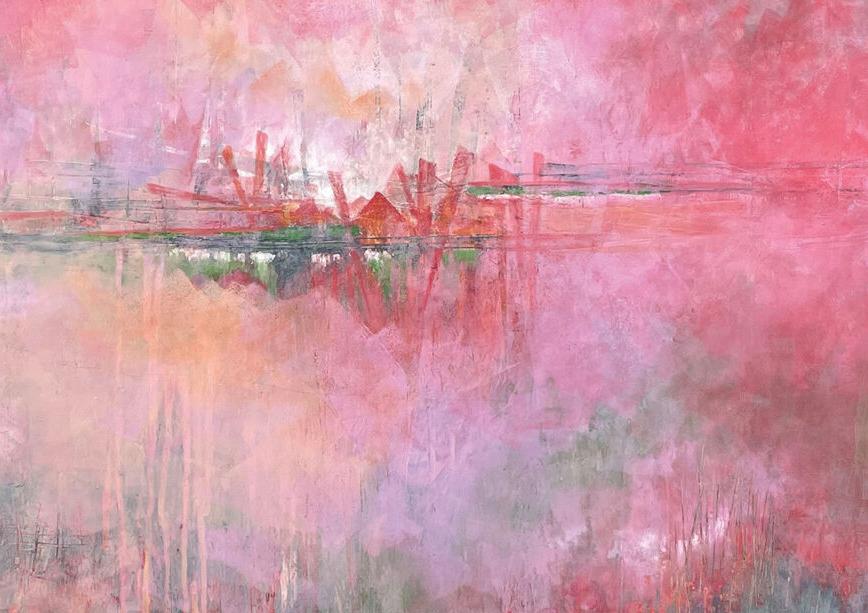 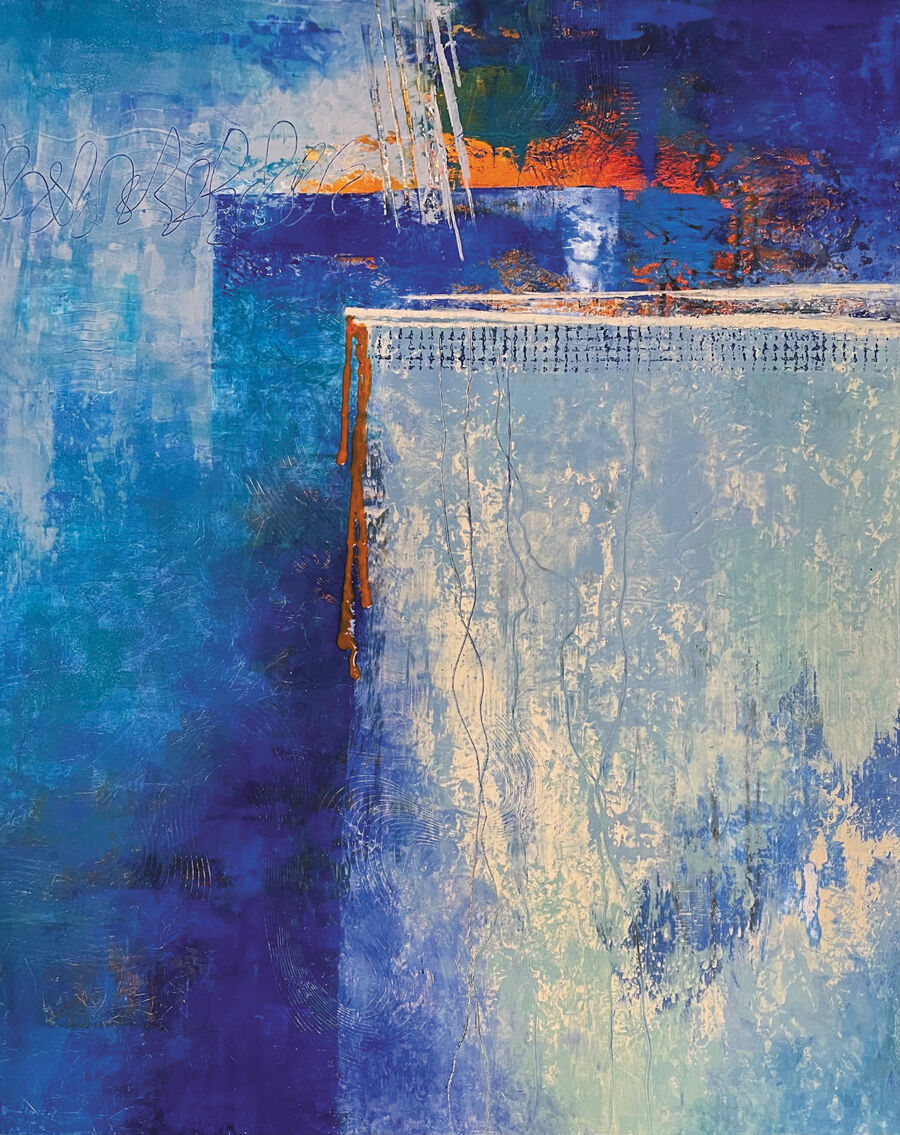 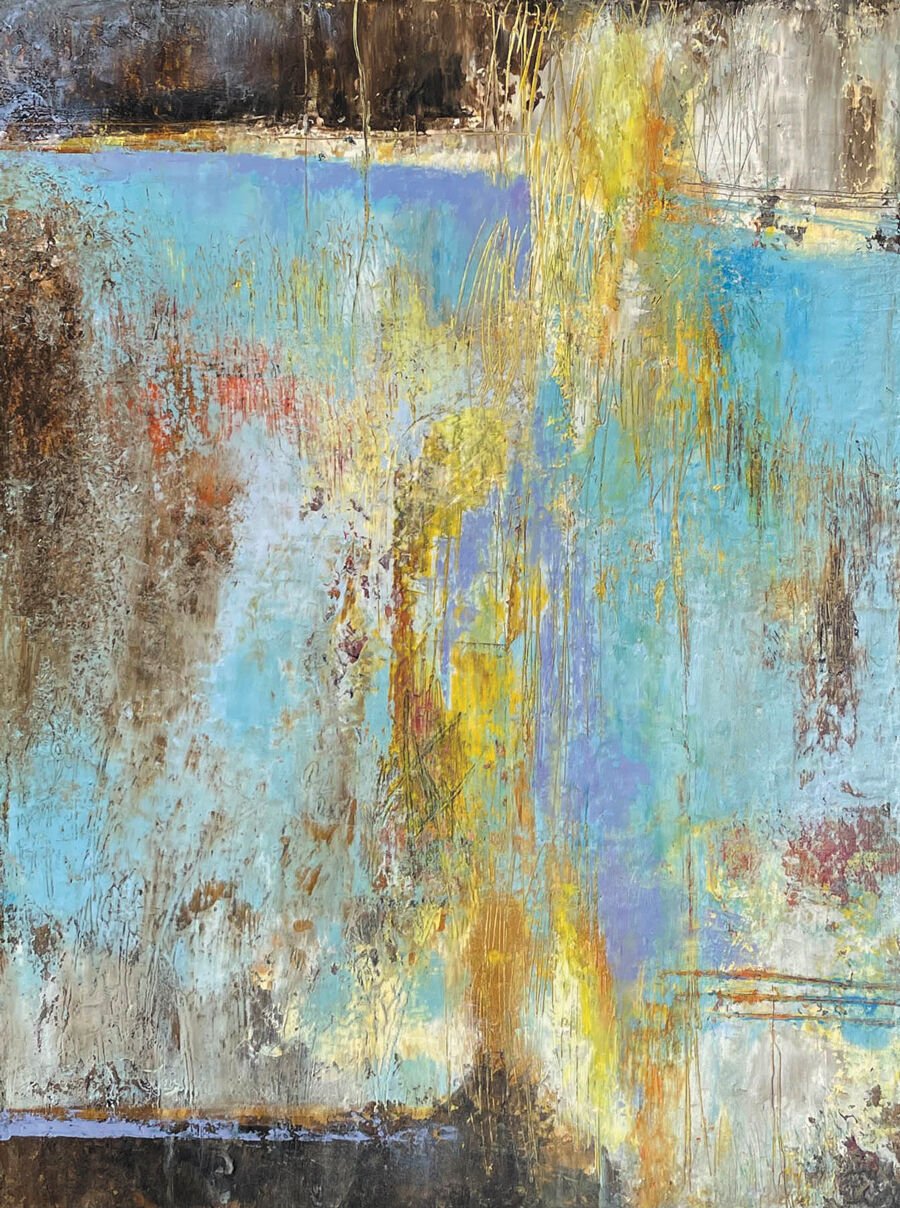 Like many artists, painter Carol McIntyre’s path to artistic success hasn’t exactly been linear. As a young college student fearful about the future, she gave up her artistic aspirations for a career in educational psychology. The choice, while safe, wasn’t easy. While she excelled in her new career, becoming a school psychologist and later a corporate trainer, the loss of that part of herself remained in the background.

“Between the ages of 21 and 36, I did not touch any art-making materials because it was too painful,” says McIntyre.

It was her mother-in-law who, upon discovering McIntyre’s past artistic endeavors, helped her find her passion again, sending her art supplies like colored pencils and paper and gently encouraging her to create.

“One fateful, cold, January day while visiting my in-laws, she sent me down to her basement studio with a few watercolors and instructions. Soon I was a duck swimming in water. Arriving upstairs with my first watercolor and hearing their proclamations was a cherished moment,” says McIntyre.

While watercolor was the medium that breathed new life into her artistic aspirations, she’s continued to expand her repertoire, branching out into oils and mixed media with acrylics. Examples from that latter exploration can be viewed in her new show opening on First Friday at G44 Gallery.

“My current show, Colorscapes, is created in the robust medium of oil with cold wax,” says McIntyre. “This flexible medium gives me a full range of textures where I use a variety of unusual tools that pull me into the surface. With these tools, I can be physically involved as I apply layer upon layer.”

Color, as the show’s title indicates, also plays a critical role in her work. In her artist’s statement for the show, McIntyre writes, “The first artistic decision I make, once the surface has been texturized with three layers of gesso, is the color chord of a painting. Each painting in Colorscapes carries its own color palette. Color — with all of its endless possibilities, challenges and evocative powers — expresses the core identity of my creative process.”

McIntyre is so passionate about the power of color that she’s even authored an award-winning book on the subject: I Just Want to Paint: Mixing the Colors You Want! The book teaches artists step-by-step color mixing methods they can apply in their work to increase their confidence and capabilities. It’s a resource McIntyre wishes she’d had when she first started out.

When she re-entered the art world, many of the painters she knew of believed that color selection and color mixing were instinctive, though she felt it was a skill that could be learned and perfected. She studied dozens of books and CDs on color and enrolled in a color-focused course in a college graphic arts program — a decision she says is still one of the best she’s made in her career.

“Too many creatives stop making art because of the frustration they experience with mixing color. They end up mixing mud and they don’t know how it happens.”

As she learned, she developed a methodology of her own which led to her teaching workshops, penning a blog, creating an online video course on the subject and, of course, writing I Just Want to Paint.

“Color is considered by many to be the first aspect of a painting that a viewer notices,” says McIntyre. “It’s complex, magical and one of the most difficult art elements to learn. I wanted, and still do, to help artists achieve that first stage of gaining color confidence, that of learning how to mix color.”