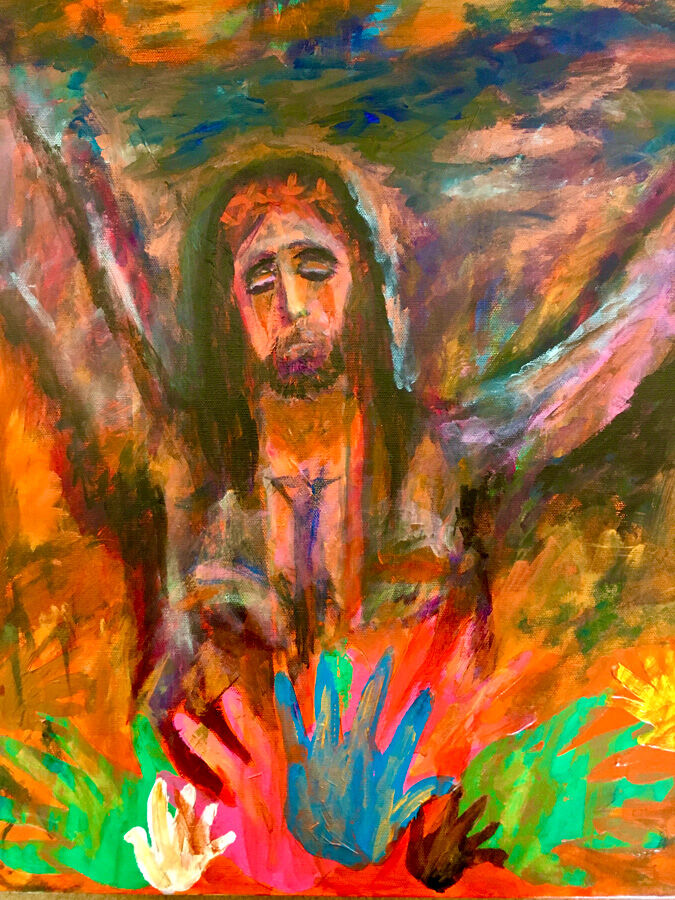 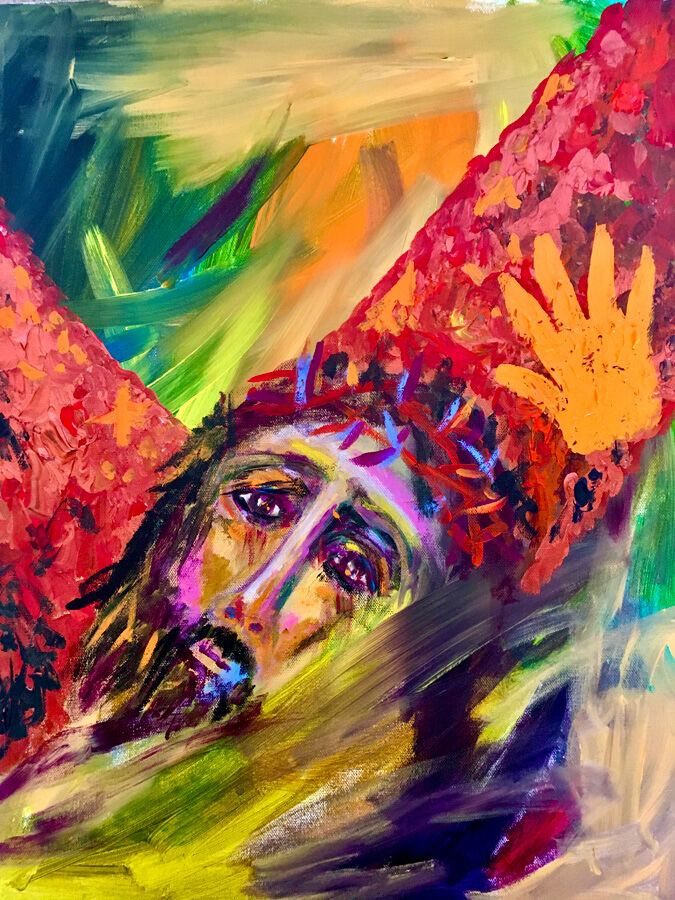 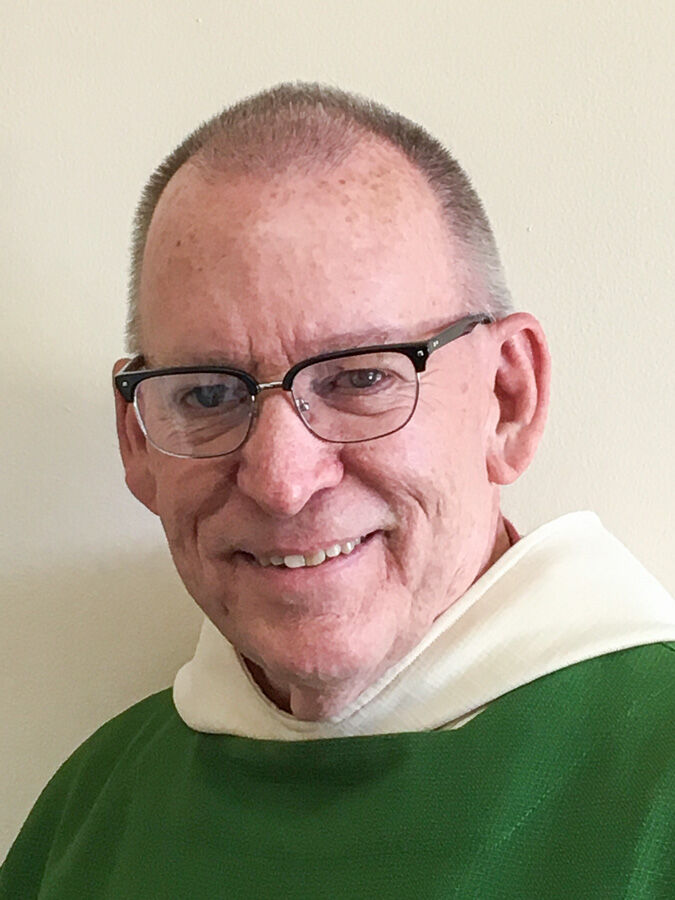 ‘We’ve got to stand up for the people who have been abused by our brothers,” says Ronald Patrick Raab, CSC, the pastor of Sacred Heart Parish in Colorado Springs. Raab’s artwork, which addresses clerical sexual abuse and misconduct within the church, is currently on display at Cottonwood Center for the Arts.

Originally, these paintings were published in The Stations of the Cross in Atonement for Abuse and for the Healing of All, a resource created by Raab and Paul Turner, pastor of the Cathedral of the Immaculate Conception in Kansas City, Missouri. In it, a statement from an abuse survivor and a confessional prayer from Turner accompany each of the 14 paintings of the Scripture-based Stations of the Cross.

When publishing house Liturgical Press asked Raab to illustrate the book, he found himself struggling: “When I started painting, I realized what I was doing [was] I was controlling the images. And I just started weeping. Because that’s what the church has done around this whole thing: [tried] to control it. The narrative, the story. So I knew I needed a different approach.”

Raab began by putting paint on the canvas — with his hands, with paper towels, with brushes. It was then that he saw “the eyes of Jesus emerge out of the chaos” and was able to recognize the chaos as a central character of the story. Chaos — of abuse, of the response to the abuse — is a recurring theme throughout Raab’s pieces.

Raab’s use of vibrant colors is particularly striking, at times seeming at odds with the subject matter. When Raab moved from Portland, Oregon, to Colorado Springs eight years ago, he was carrying a lot of grief; he had been working with people struggling with poverty, mental illness and addictions. Art, and color in particular, became a means of expression and relief. (Raab’s life as a priest has been, as he puts it, largely “black and white.”)

In the book, Raab notes that children often use primary colors in their art; his inclusion of these colors is meant to reflect this innocence of youth. The breadth of color also feels like an attempt to concretize the intricacies of our emotional lives.

The collection aims to shift the focus from the abusers to the survivors. In acknowledging survivors’ experiences in a way that fully addresses their pain — rather than diluting or circumventing for the sake of “moving forward” — art becomes a vehicle for faith and healing.

Raab believes the exhibit will also resonate with people who don’t have ties to the Catholic community. Having the art as a stand-alone installation creates space away from the institution; people are presented not with church and prayer but with paint and canvas, a universal medium. He hopes the art will invite all people to reflect, regardless of their religious affiliation.

“I think it’s important that people see that the church is dealing with this,” says Raab. “The institutions are dealing with not just the abuse of the [children] but the power that is entrenched in the institution.”

The Stations of the Cross in Atonement for Abuse and for the Healing of All hopes to offer not just a way forward but through.