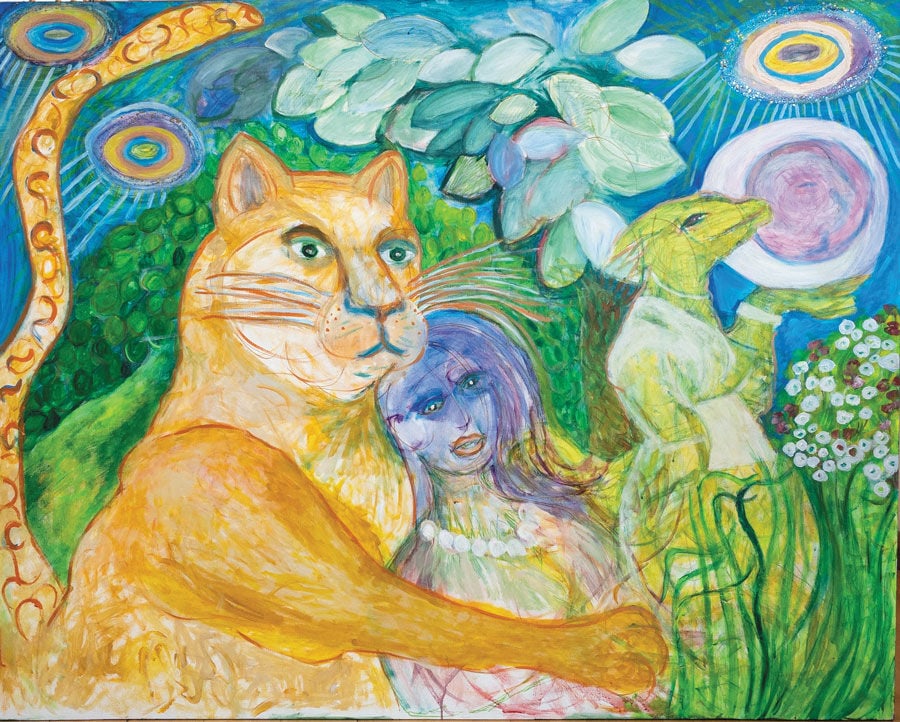 Table for Two at the Spaceport Lounge 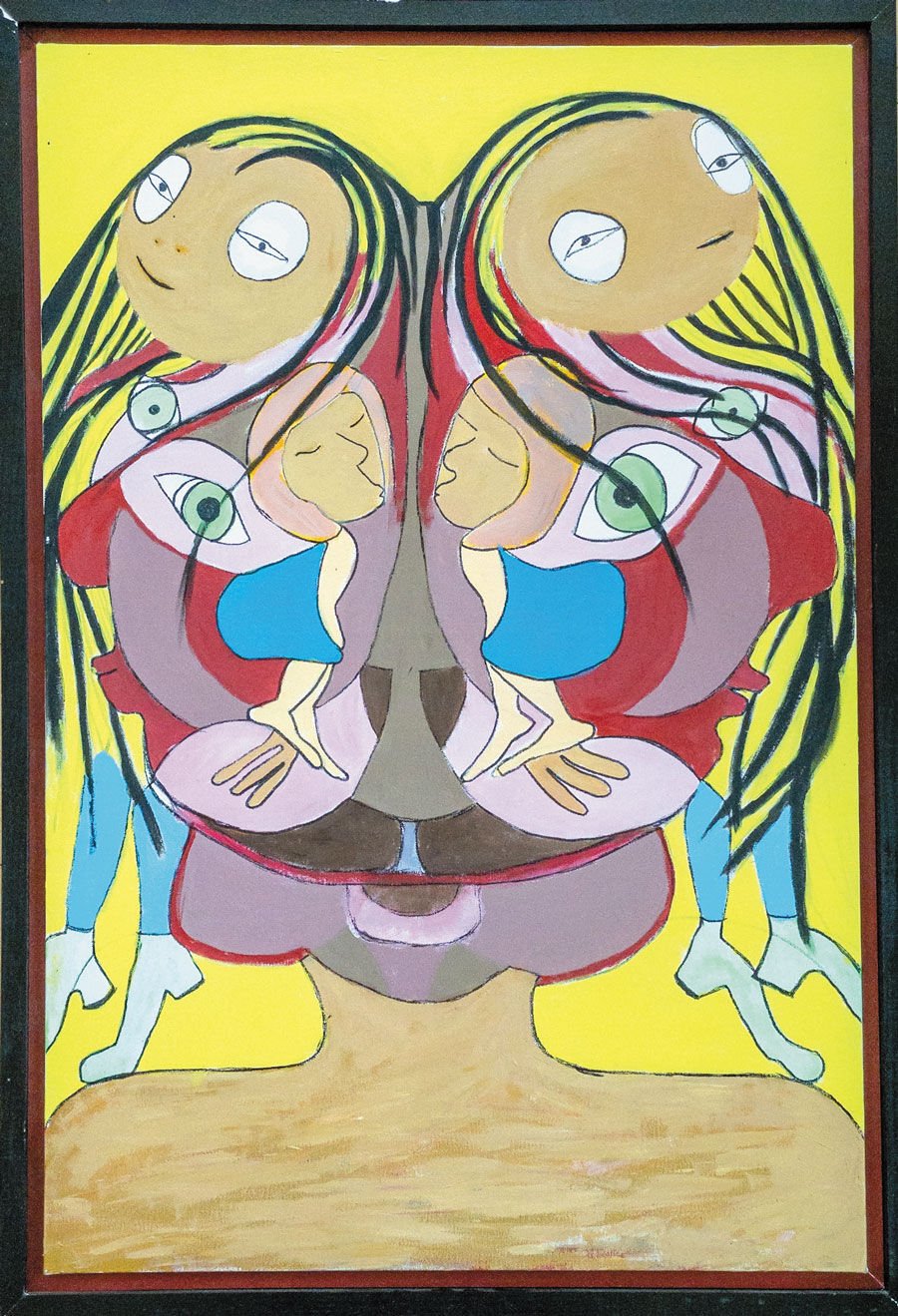 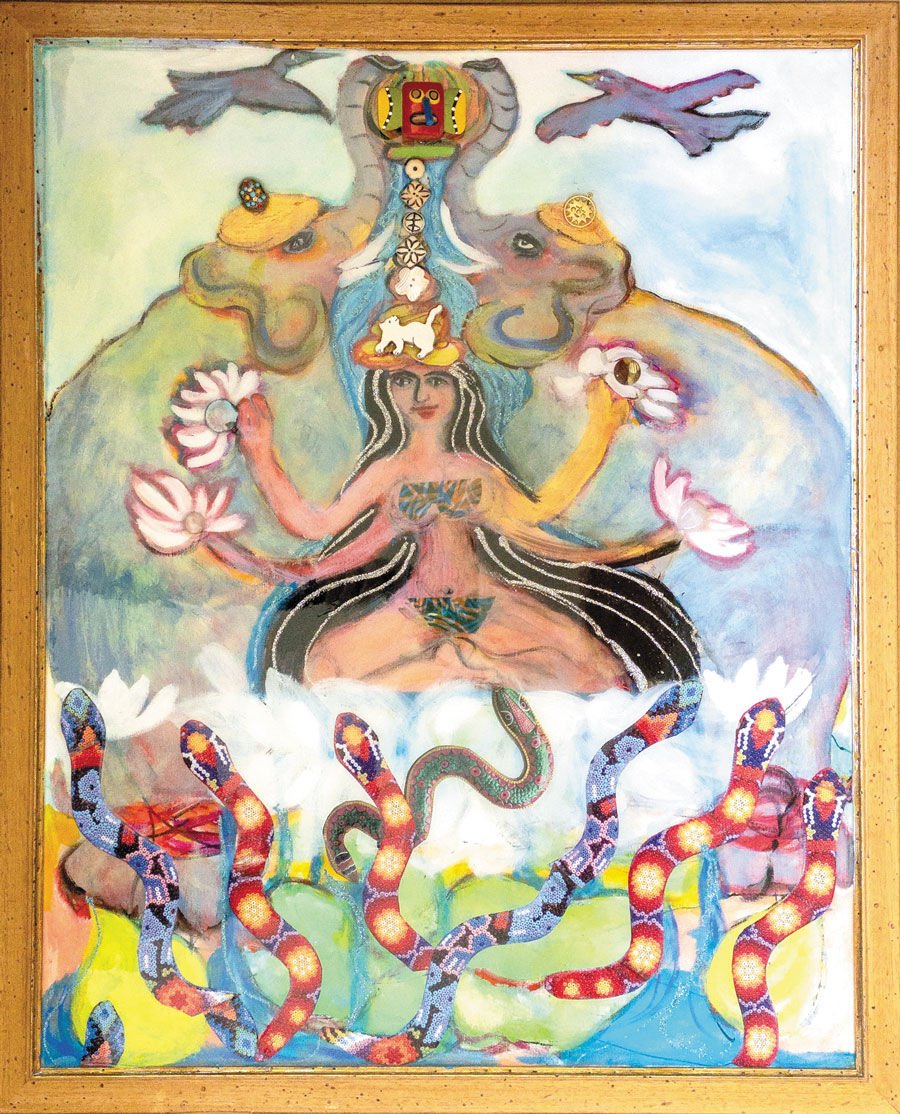 Here She is with Her Elephants 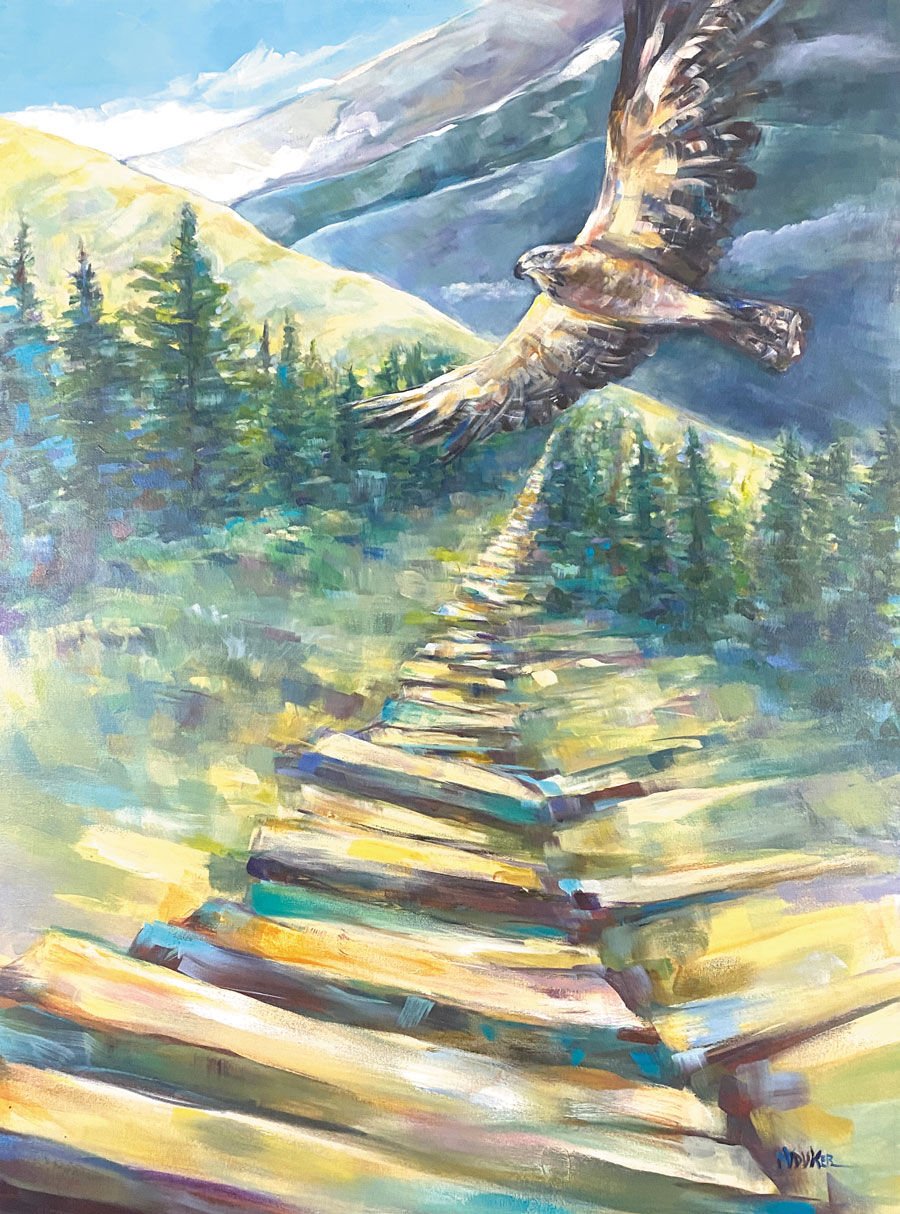 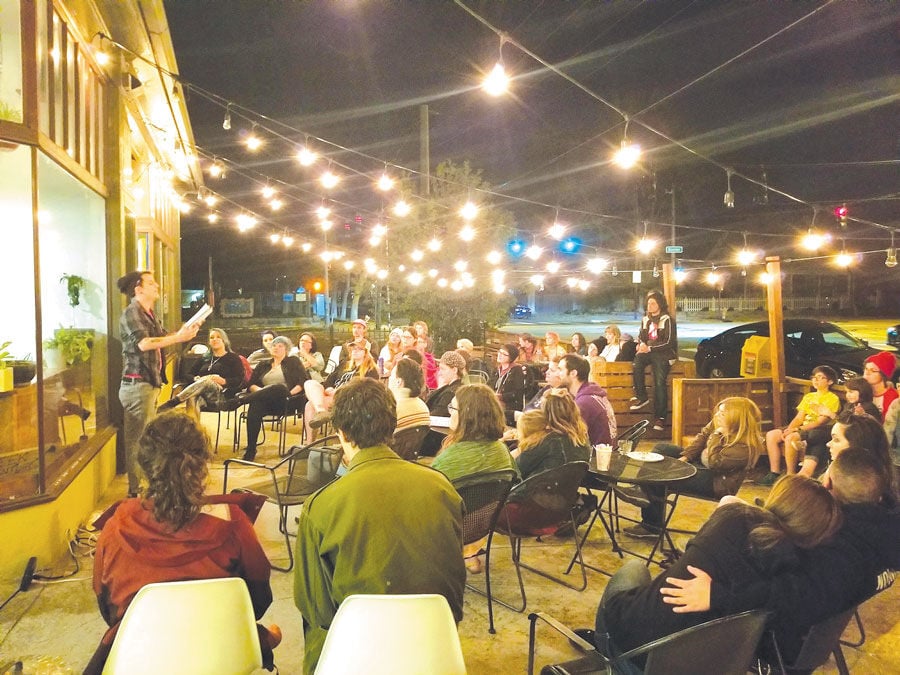 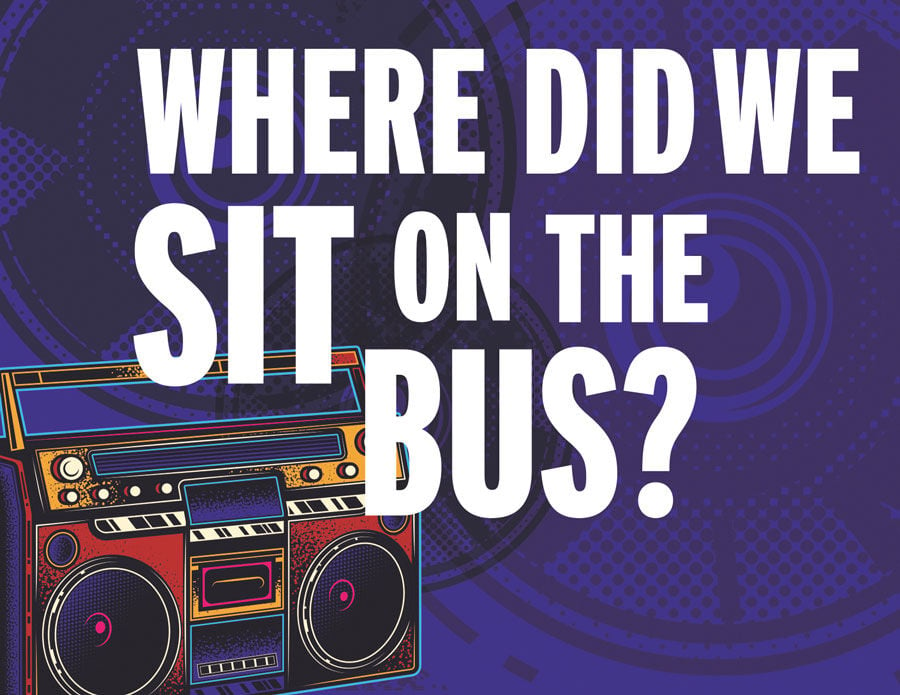 Table for Two at the Spaceport Lounge

Here She is with Her Elephants

For the Tudors, art was never much of a choice.

“I could either be an artist or nothing,” says Kat Tudor.

The family has been in shows together in the past, but this is the first exhibit that will feature just Kat, her husband Bob and Bob’s daughter Liza. UFO, or Unusual Fun Objects, encompasses a diverse body of work (coloring books included) — and appears to be a nod to not taking themselves, or their art, too seriously.

Some pieces, like “Nice Shoes,” are two-handed drawings; others like “Table for Two at the Spaceport Lounge” and “Independence Day Pass” draw heavily from the world of UFOs and aliens. Many incorporate augmented reality.

Most of Kat and Bob’s work in UFO are older pieces that have evolved over the years. “Most natural collaboration is when we decide, ‘OK, this one, we’re probably not going to do anything,’” says Bob. “But we’ll start off just mildly saying, ‘I like that one just the way it is.’”

The way the two work together is as much an artistic collaboration as it is an exercise in not getting too attached to what they create.

“One day, I had been working on a painting literally for hours. And I had it just how I loved it,” says Kat. “I went away for an hour or two, and I came back, and Bob had painted a large raccoon on it…”

“— and that hangs in someone’s house, and they love it,” notes Bob.

“Yes, it’s a very popular painting,” says Kat. “But I will just say that it’s really good for your ego. And you better not get too attached to something a large raccoon could get painted on at any moment.”

Liza, like Kat and Bob, welcomes change, whether it is deliberate and calculated, or unintentional. “I’ll just like stick my stuff in the shower, or leave it outside for a while, or paint on top of it as a drop cloth or something and then have it change,” she says.

“Gross,” one of Liza’s pieces in UFO, originated as a painting. When she left it outside to dry, it got rained on; the stuffing from the chair it was underneath had fallen onto the canvas; and by the time she retrieved it, it had turned into something else entirely. She poured polymer on top. The new transfiguration of the piece, foam, pine needles and all, was embraced without question.

“There’s just something fun about having it be really out of your control,” says Liza. “I’ve recently realized that the way that I learned to think, probably hugely from them, [is] really different than some artists who want to have a definite idea in their head about what they want. And they know they want it to turn out exactly how they want it. And they’re really upset if something gets in the way, or if something spills on it, and I’ve learned to be really open to working with whatever sort of happens and [with] different people. And I think it’s fun.”

This month, Gallery 113 presents the (oil, acrylic, watercolor and alcohol ink) works of local artists Denise Duker and Karen Standridge. Both painters will be at the First Friday Art Walk Aug. 6 from 5-8 p.m. Go to gallery113cos.com for more info.

Keep Colorado Springs Queer, CC Mobile Arts and the Colorado Springs Fine Arts Center at Colorado College present … queer open mic! Expect poetry, music, dance and more. The free event is outside but consider masking up if you are unvaccinated (or even if you are). 116 E. Boulder St., Saturday, Aug. 7, at 6:30 p.m. More info at tinyurl.com/keepCOSqueer-openmic.

City as a Venue: Where Did We Sit on the Bus?

Where Did We Sit on the Bus by playwright Brian Quijada explores Latinx identity via a one-person show: “During a third-grade lesson on the Civil Rights movement and Rosa Parks, a Latinx student raises their hand to ask, ‘Where did we sit on the bus?’ and their teacher can’t answer the question.” Aug. 12 through 22 at 8 p.m. on FAC’s outdoor stage (corner of Dale Street and Cascade Avenue). General admission is $25. For tickets, go to fac.coloradocollege.edu/theatre.