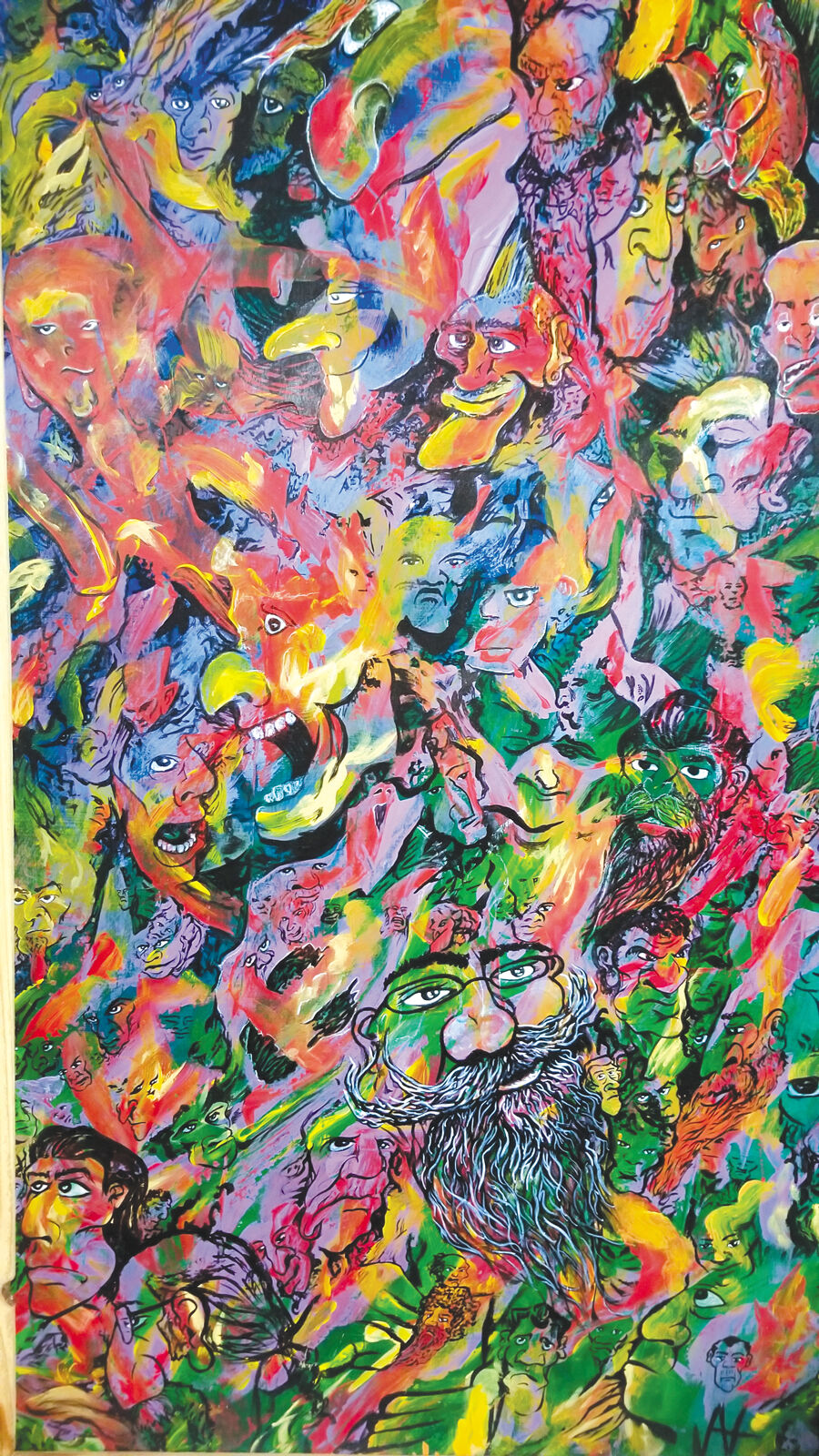 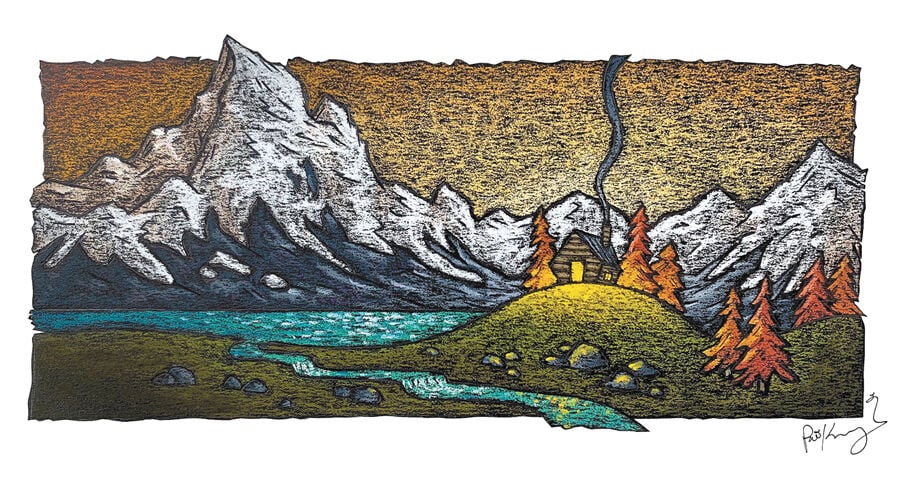 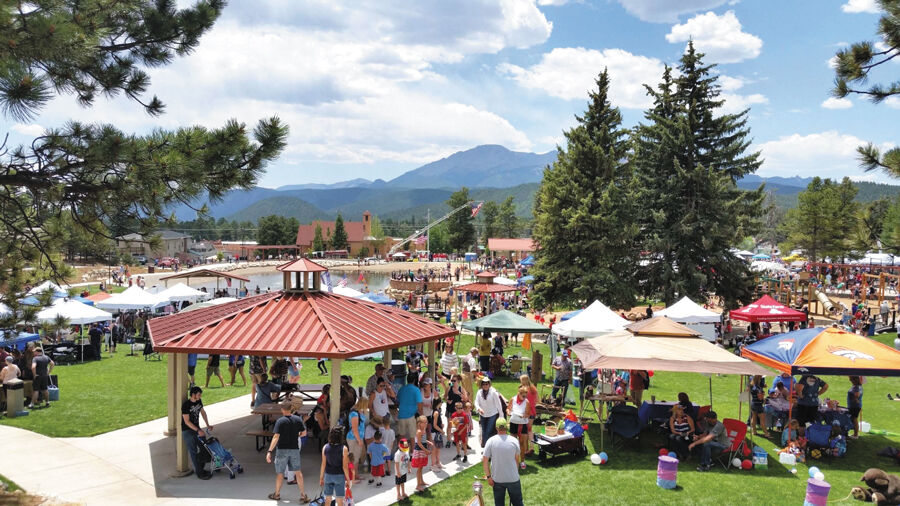 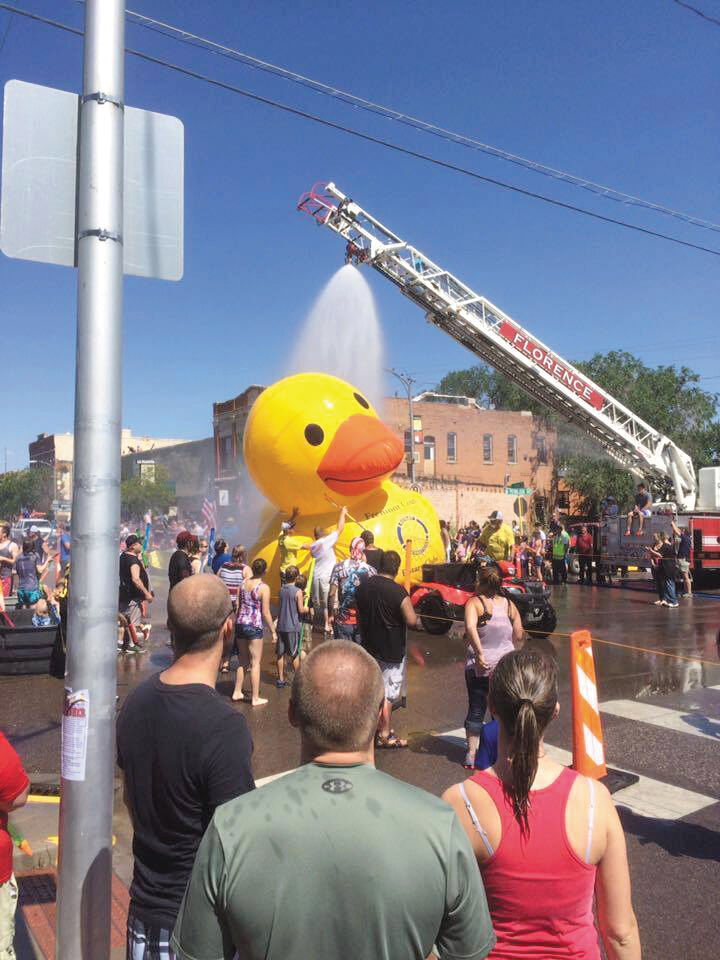 According to Nat Feather, a multidisciplinary artist, there is no other canvas on the planet quite like skin — one that moves and sneezes, twists and grows. “I’ve always been drawn to tattoos specifically because no other canvas is living ... and has their own emotions to connect with the art,” says Feather, who has been in the industry for 22 years. We are able to connect to the art that lives on our bodies in a way cloth and paper cannot.

In Pareidolia, Feather’s most recent series — art that uses canvas instead of skin, and paint instead of ink — there is a distinct departure from the surrealism-horror specialty he is known for in the tattoo industry.

For the past several years, Feather has been working extensively with light, color and depth perception. His work is inspired by “pareidolia” (hence the title of the collection), a perceptual tendency to find patterns or faces where they do not exist. The faces subtly interspersed in his art are both inspired by real people and pre-cognitive. Feather often works on four to five of these paintings at once, “kind of like Henry Ford assembly line-style.”

Feather doesn’t do flash tattoos. “You come to me with your vision,” he says. “And I illustrate your purpose.” When it comes to painting on canvas, the creative process differs slightly. “The canvas obviously can’t tell me what it’s going to be, what it needs to be, until I’m working on a specific set.”

Feather is originally from California. (“I was raised by surfer hippies,” he says.) Since then, he’s lived in over 20 states. In 2013, he moved to Colorado from Missouri.

Throughout his life, Feather has experimented with various art forms, like watercolor, oils and acrylics. To foster appreciation for a certain style or movement, Feather will dedicate time to learning its techniques. After he feels he’s achieved competency, he’ll sometimes put his own twist on the style.

All art, regardless of medium, materials or technique, serves a common purpose. “Art’s place is to make people think. Good art should make you ask questions,” says Feather. “Even if it’s, ‘What the hell is that?’”

This first friday, Kreuser gallery presents three new exhibits by Patrick Kochanasz, April Dawes and Erin Gillespie with art ranging from landscapes to abstract works. The opening reception is July 2 from 5 to 9 p.m. At 7 p.m., there will be a special performance piece by Jacqueline Moulton, an interdisciplinary artist. Free; 125 E. Boulder St., 719-464-5880, kreusergallery.com.

After a turbulent year, a lot of us want to reclaim traditions we abandoned during the pandemic. The Old-Fashioned Fourth of July in Woodland Park might just be exactly what we need. Enjoy music and games, a beer garden and food court, a flag-raising, and some good ole’ patriotic classics courtesy of Woodland Park Wind Symphony. From 9 a.m to 3 p.m.; free; Memorial Park, 200 N. Park St., Woodland Park.

Take a trip to Florence this Fourth of July to participate in the town’s annual Wet & Dry Parade. Step 1: Break out the red-white-and-blue attire. Step 2: Pack your squirt guns, buckets and water blasters. Step 3: Watch downtown Florence transform into a water park. Step 4: Get soaked. July 4 at 9:30 a.m. on Main Street. Go to tinyurl.com/Wet-in-Florence for details.