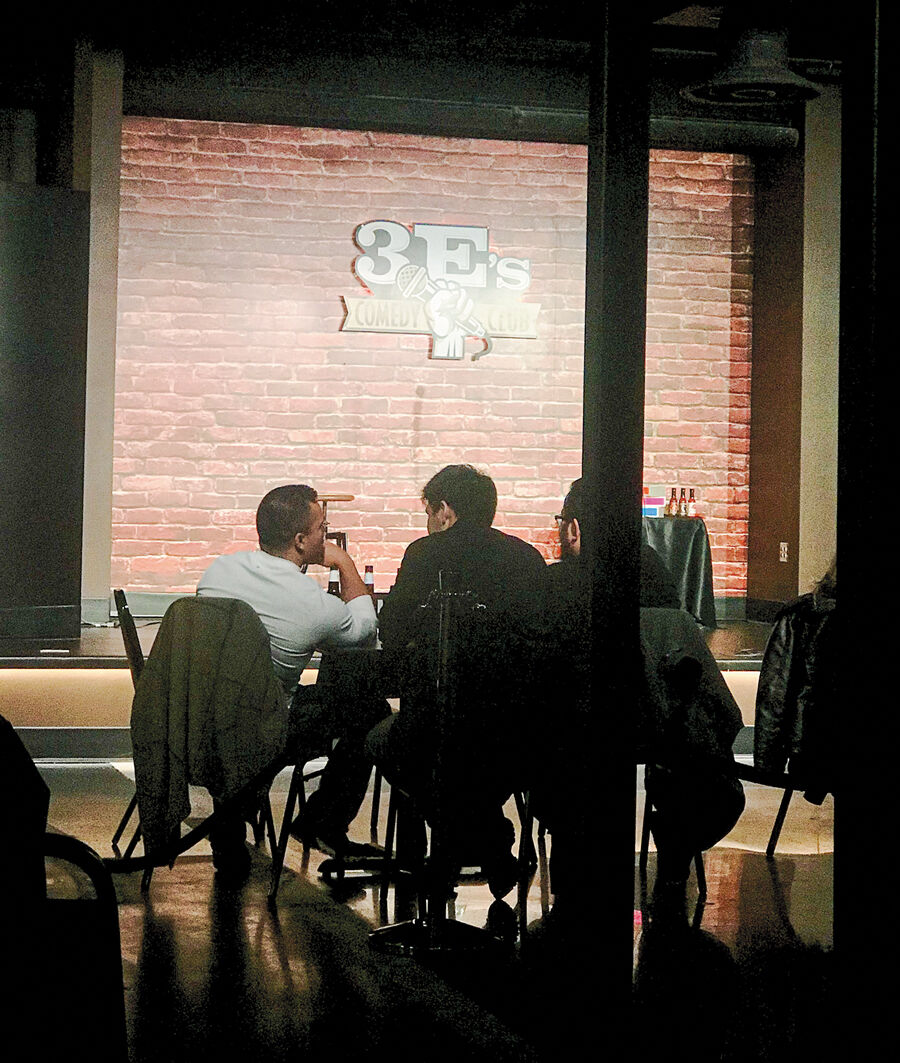 Even understaffed, 3E’s made for a fun night out — once we got our drinks, at least. 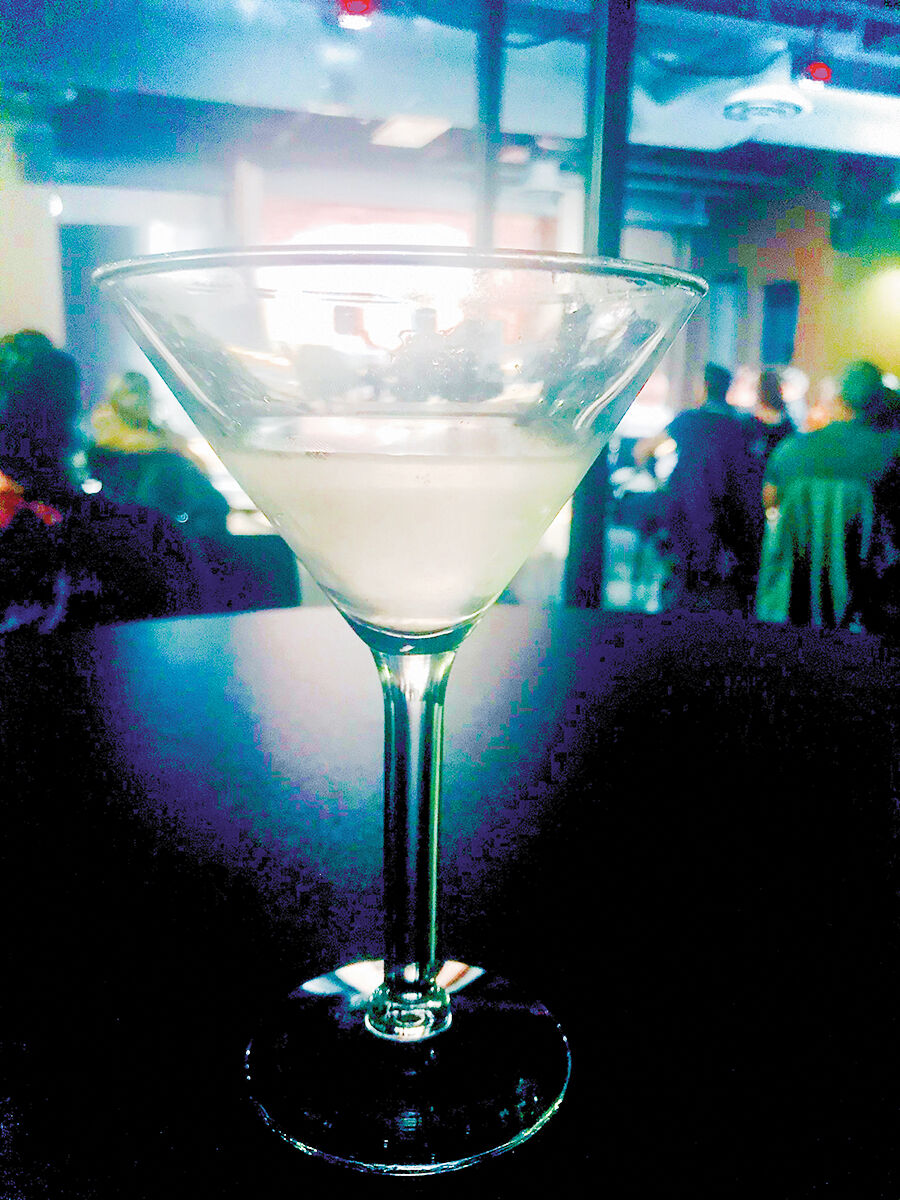 Miller did three seasons of Silicon Valley and played opposite Ryan Reynolds in the Deadpool movies, as Weasel (the bartender who tells the disfigured superhero he looks “like an avocado had sex with an older, more disgusting avocado”).

Miller hails from Denver, having graduated from East High School. He worked that info (partly to shit on Texans) into his set, which seemed to contain a fair amount of improv’d material. The Springs didn’t escape being the punchline. Hell, my whole night surrounding the show was a bit of a joke, beginning with my inability to enter the adjacent city parking garage. In a Seinfeldian moment, I idled next to the ticket-vending machine, feeding perfectly good $1 bills in, only to have them rejected. I tried plastic, to learn it wasn’t accepting credit cards (in the year 20 fucking 21). Thank YOU city of Colorado Springs. Sometimes we deserve to be the butt of the joke.

A belated cuss-word warning: If you don’t appreciate bad words, stop reading now. It won’t matter, because you don’t belong in a stand-up audience anyway. And you probably won’t drop into 3E’s just to eat or drink because the food/drink arm really just exists to push the two item minimum per person during shows — it’s serviceable concession-stand eats, not pre-show fine dining as per the Colorado Springs Fine Arts Center of old. That said, it’s pretty decent comedy club fare, on par with much local bar food.

Back to the show: We’re greeted at a reception stand for a ticket and temperature check, and pointed toward a wide lounge, side-stage and bar area. It’s sharp, painted in black, gray and red with big, round drop-ceiling and half-wall flourishes that break up the industrial boxiness. Photo murals of legendary comedians like Richard Pryor enliven accent walls. Soft jazz music plays, later made fun of by the opening act. T.J. Miller too takes digs at the venue, at one point mocking the faux-brick stage backdrop against the cost of real bricks, and brutalizing the deejay who fails to cue music for his arrival onstage.

A cocktail waitress stops by to explain how anything ordered out here won’t count toward the two-drink minimum inside, and the tab would need to be closed separately. (Arrive early if you don’t want the hassle of estimating whether there’s time to order anything within the expiring minutes before show time.) She doesn’t return until 10 minutes later to usher us into the performance auditorium.

We quickly surmise 3E’s is understaffed, and we’ll later chat with owner Eric Phillips (an affable Army vet, Small Business Administration employee and gentleman of color, for those supporting BIPOC-owned businesses) to learn he’s had staffing troubles related to COVID and retention. The club was a couple bodies down this night, lending to an overall bumpy experience.

I wish I could say it wasn’t a big deal — we’d previously attended a Carlos Mencia show and received fine service — but this night, it really was, and they missed out on revenue from those who would have bought a pre-show drink and appetizer. But more so, it would be a full 40 minutes until we got any attention at all, even ice water. The few staff trying to handle the crowd did a heroic job, and we tipped extra accordingly, but they were outmanned. Feeding into the Springs-bashing, it was nothing short of amateur hour.

We finally ordered a dirty martini and whiskey drink, a fair $10 and $11 respectively. The Let’s Get Dirty, with Denver-based Family Jones Vodka, is listed as having olive juice and blue cheese olives, but instead they’re basic pimento-stuffed orbs and there’s scant if any brine. Still, the vodka’s cold and good. The Heckler comes with Denver-made Tin Cup Rye, almost over-sweetened by cane sugar and balanced by respectably cacao-forward chocolate bitters; it’s missing listed orange peel garnish for aromatics and color, but damn if it doesn’t sip beautifully.

We later order The Punchline, another Tin Cup drink with lemon and pineapple juices, but what arrives isn’t even a drink on the menu, as if we’ve received another table’s custom-ordered cocktail. Too late; we’ve taken sips and it’s too dark to flag down one of the frantic servers, so we drink what we think is the 3E’s Mojito, mint-rich, with the addition of blueberries.

This is funny, right? We’re having fun? Yes, actually we are. The gaffes become part of the evening and we’re rolling with it, laughing plenty. That’s the whole damn point. Even in momentary failure, 3E’s is managing to do fine, now that we have drinks in-hand, at least. So we order a chicken Caesar salad that’s completely proficient with all the normal fixings and even a decent enough commercial dressing.

I’m not expecting lettuce leaves plated by tweezers here, and I’m just happy for a fresh option to make up for all the crisp, fast-food-like fries we consume with our Polish Girl kielbasa sausage sandwich topped with pulled pork and slaw — a very enjoyable bite, actually — and with a plate of Frank’s RedHot-lacquered chicken tenders, sadly rubbery as the night is long.

“Comedy clubs are the only place you can eat like a 9-year-old,” Miller jokes from onstage. “It’s OK, ma’am finish your mozzarella sticks,” he says to one audience member he’s chosen to pick on for a bit. I’m so glad he hasn’t seen me in back at our high-top table, my beard smeared with barbecue sauce and my hands covered in slaw juice, as the sandwich has sogged and ruptured its generic bun. We’ve by now ordered a can of Ballast Point’s Grapefruit Sculpin, a superb IPA that shows the craftier side of 3E’s 20-deep canned beer list.

And because I’m a sucker, I pay $20 for a bottle of T.J. Miller’s hot sauce (his idea of show swag). It’s named Fucking Intense Ghost Pepper Type Shit, and a lengthy bottle description in part warns of shitting not your own, but other peoples’ pants. Back at home, I tiptoe my way up to five drops on a tortilla chip before I start to smolder and hurt. This is funny, right? I’m having fun? Yes, actually I am.