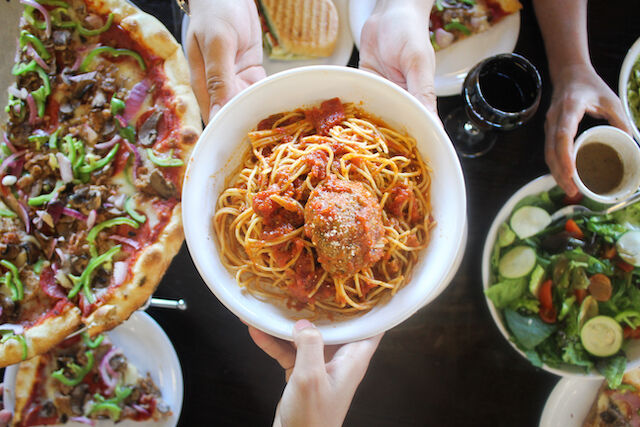 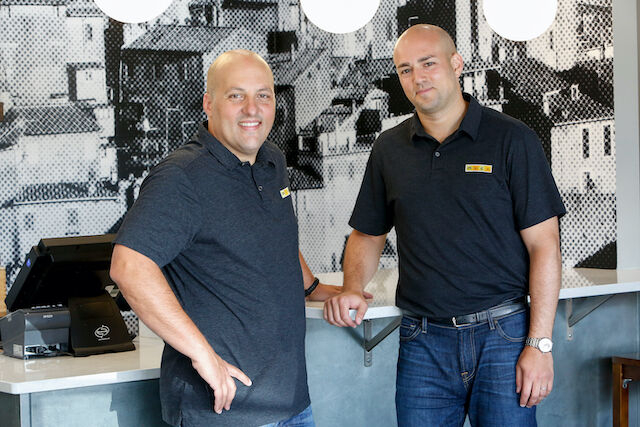 I spoke with founder/president of the fast casual chain, Jeff Miceli, who emphasized authenticity and accuracy to family recipes above all else (aside from employee culture, which he also places a high value on).

He says the food’s what he and his two siblings grew up on and still make in their homes, and he shared anecdotes about the early days when he flew his parents out from Florida to help dial in the recipes. “I stood there with a pad of paper, scale and measuring spoons,” he recalled, admonishing his father each time he’d throw in a pinch of salt without helping him measure it first. In later years, his dad returned to the commercial commissary, where all sauces are now made, to help scale-up the recipes without altering their flavors.

“We want to execute everything really well,” he says. “Pizza is our best version of pizza. Our marinara is really good marina. We don’t cut corners on any of this stuff. It’s gotta be right, and real.”

Mici's first location opened 17 years ago in downtown Denver, but the family was forced to close it due to the Covid pandemic. Catering gigs dried up as did walk-ins when folks started working from home, and that location got most of its income during lunch hours says Miceli.

But that bump hasn't slowed plans for the brand's growth. In 2017 they brought on Elliot Schiffer (formerly Senior Vice President of Non-Traditional Business Development for Smashburger, also Denver-based), and in 2018 Jeff's brother-in-law Joe Melton (formerly a joint venture partner in five states with Outback Steakhouse) signed on as well.

The company says it's already seeking locations number seven and eight inside Colorado, and Miceli says it's too early for announcement, but there's two different groups in talks with Mici who're likely to become the first franchisees.

"This is really a great group of people to work with," Miceli says. "The restaurant business can grind you up and spit you out. We are big believers in culture and treating people right. If you don't operate with integrity it's hard to make it that long."

View the full menu of brick-oven pies and calzones, pastas (all with gluten-free options), salads and more on Mici's website. They will offer carryout and delivery within three miles of the store.