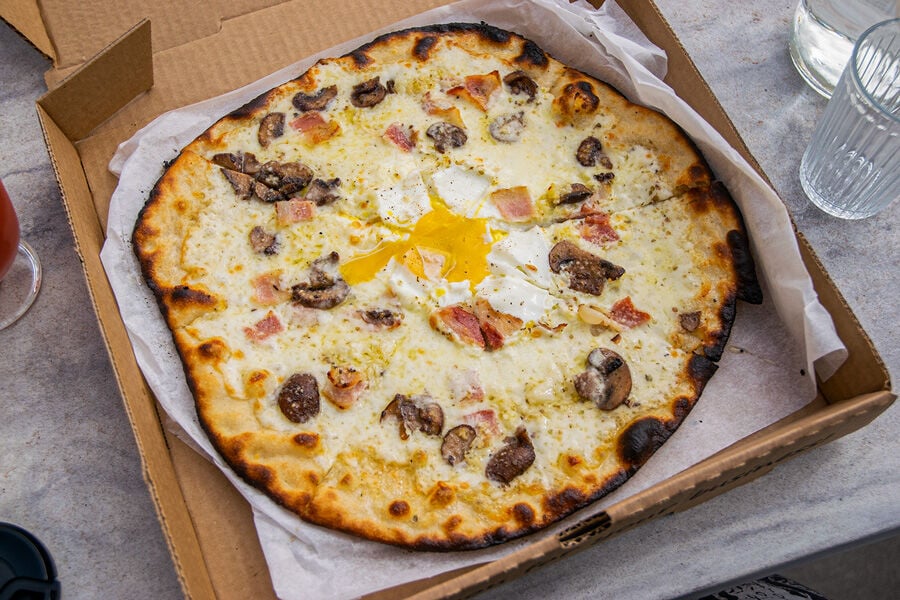 Yes, Connecticut-style pizza is a thing. 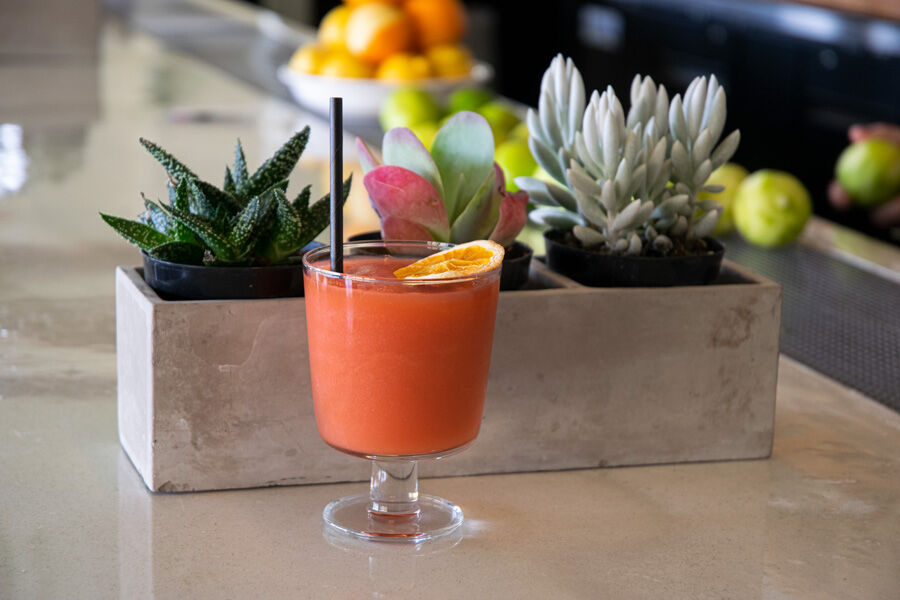 A frosé on a hot day? Yes, please. 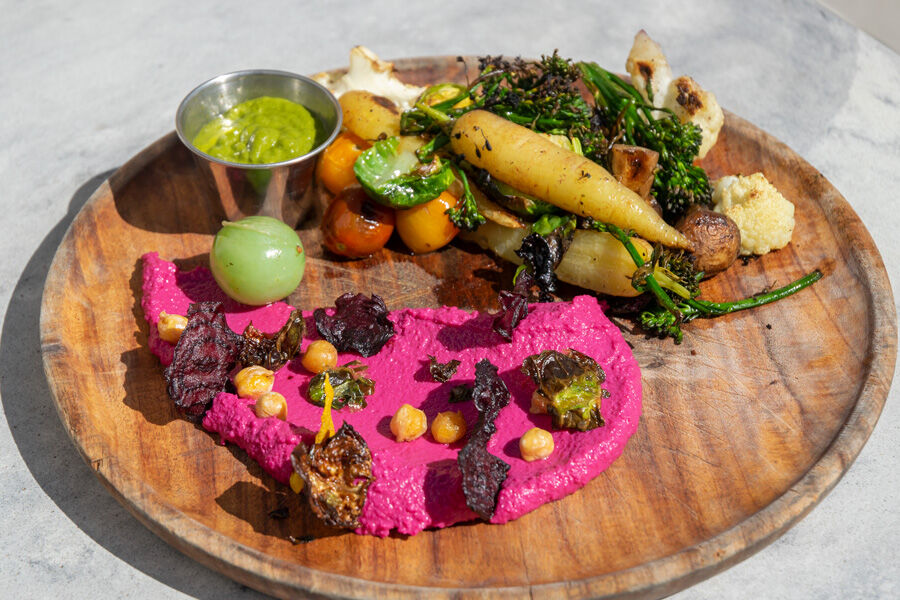 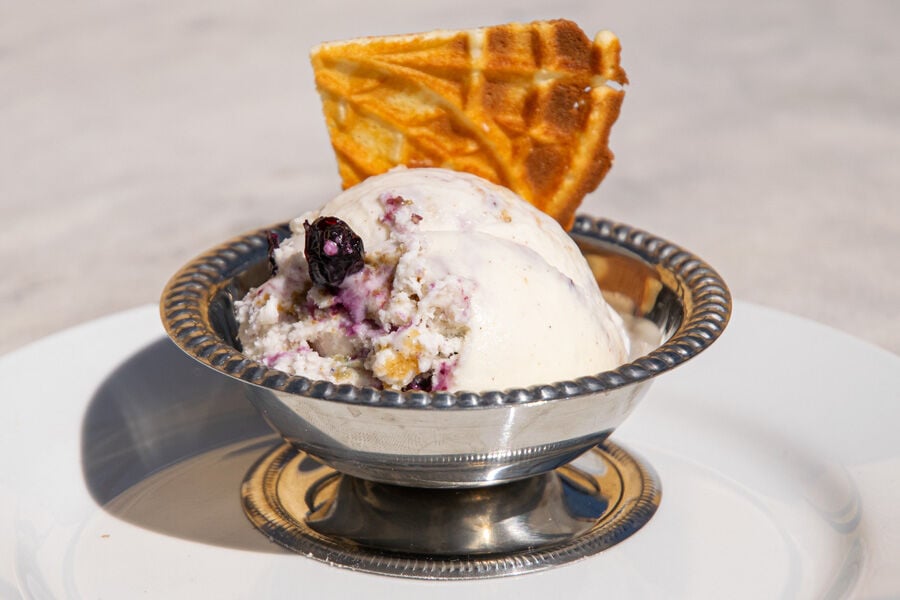 It’s long been noted that, for a variety of reasons, the Springs’ dining trends have lagged behind other major cities’. Perhaps the closest example, the Indy’s food writing team has pointed out the substantially different vibe we get when a Denver restaurant concept expands to the Springs, à la Jax Fish House & Oyster Bar, Ambli and, most recently, Birdcall. Prior to that, when Atomic Cowboy and Dos Santos Taqueria opened on South Tejon Street in 2018, food editor Matthew Schniper coined the term “Denverization” to describe the emerging trend.

But in retrospect, this invites a few questions: Why should the Springs food scene follow Denver’s? Isn’t the whole reason folks come here instead of the Mile High City the fact that, expensive as the Springs has gotten, it’s still way more affordable than Denver? These spots generally aren’t cheap for their respective categories. And what has Denver added to the nation’s culinary culture aside from the Denver omelette, Rocky Mountain oysters and some replicable models that travel well?

The newly opened White Pie offers an interesting opportunity to reflect. This New Haven, Connecticut-style pizzeria comes to the Springs as a sister spot to a Denver location that was one of Westword’s picks for Best New Restaurant in 2017. Owners Jason and Kris Wallenta also operate Dos Santos. Speaking in broad strokes, White Pie’s menu hits a lot of the same highs and has a lot of the same drawbacks as that taqueria — which we’ve favorably reviewed for its flavors but, like many diners, questioned for its pricing. (And we’ll eat some crow, admitting we’ve lauded the design styles and aesthetics.)

Vibe-wise at White Pie, the bare I-beams, unfinished wood and whitewashed brick, scream urban hipster, which is only amplified by the fact that each item on their online menu has likes and reviews below it. The bar top’s well-lit stone with little planter boxes bearing succulents that our server says are there to be an Instagram-friendly backdrop. It’s hard to miss the #aesthetic vibe when we line up to snap a glass of frosé garnished with a slice of dried orange. And unlike most wine slushies, which lose a lot of flavor in the cold, this mix of boxed Viña Borgia rosé, sweet red vermouth and strawberry puree retains a lot of the complexity of the wine flavor, a winner in our books for sure.

For more mix-y drinks — i.e., ones that aren’t batched out in a smoothie machine, no judgment for efficiency — the dirty basil martini contains Square One basil vodka, vermouth, Castelvetrano olive brine and a sherry cousin called La Guita Manzanilla. Delicate basil and olive notes dance deftly with a boozy complexity, but it sips super smooth.

House limoncello, sharp and crisp, pairs well with rosemary simple syrup, vodka and soda in the limoncello lemonade, a brisk summer potation. An Asbury Park sour, which sips sour, bitter and citrus-forward enough to cut through even the richest bite, blends Four Roses bourbon and lemon with a grappa-based bitter liqueur called Nardini Mandorla, all under a float of Lambrusco. Those who abstain from the hooch may enjoy a ginger refresher, basically ginger lemonade; we sure as hell enjoy its tartness and burn.

On to the pizzas, New Haven style means rustic, off-round crusts that do not by default include melty cheeses, cooked hot and fast so the sourdough crust gets substantial char. The White Pie starts with mozzarella, crimini mushrooms, bacon, garlic and olive oil, finished with a runny egg, creme fraiche and Pecorino cheese.

It’s a borderline criminal pile-up of umami flavors that we’d scarf down until our hearts stop if it weren’t $17 for a pizza around a foot across. For a bit of a textural oddball, the $16 Paulie Walnuts gets mozzarella, garlic, bacon, candied walnuts and lumps of mashed potato, an undeniably rich and effective flavor combo that leans perhaps a little hard on those nuts for textural interest. An $18 Ava Angelini pie gets garlic, two kinds of mozzarella and ricotta, topped post-cook and -slice with thin pieces of prosciutto and a pile of arugula; we enjoy the classic combination of creamy fior di latte mozz, rich prosciutto and peppery arugula, but the prosciutto’s layered such that it doesn’t come apart in even slices, so ask for a knife.

Finally, the $13 Fuggetaboutit skips the melty cheeses in favor of a clean, bright tomato sauce that’s topped only with garlic, Pecorino-Romano cheese, Kalamata olives and oregano, relying on a harmony between those strong olives and everything else — which, for us, works.

We skip thicker-crust Sicilian pies in favor of bangin’ appetizers. Baked pork-beef-veal meatballs, three to an order, come super soft and singing with herbs and onion, complemented by a red sauce that strikes a killer balance between tomato acidity and rich stock and meat juices. We eagerly wipe it up with a house puff, basically a pizza crust topped with butter, garlic and rosemary. Also killer, creamy-smooth beet hummus and acid-sharp herb “tahini” make eating a variety of lightly salted roasted veggies — broccolini, carrots, cauliflower, tomatoes and Brussels sprouts — a total joy. For dessert, we go with house-made ice cream; try the tiramisu for coffee and cinnamon delight, while the blueberry basil tastes more like sweet cream with blueberries than basil.

All-in, and again, in line with the complaint we hear most about Dos Santos, White Pie runs expensive for less-than-huge portions. To wit, it’s good, but is it good enough to justify the big bucks? In the absence of an iconically Coloradan culinary tradition, does importing other regions’ trendy signature dishes feel like progress or an identity crisis? And in light of the ongoing economic nightmare, are the people who can afford a personal-and-a-bit pizza for $15-plus on the regular the kind of people who should be defining the dining in your neighborhood?