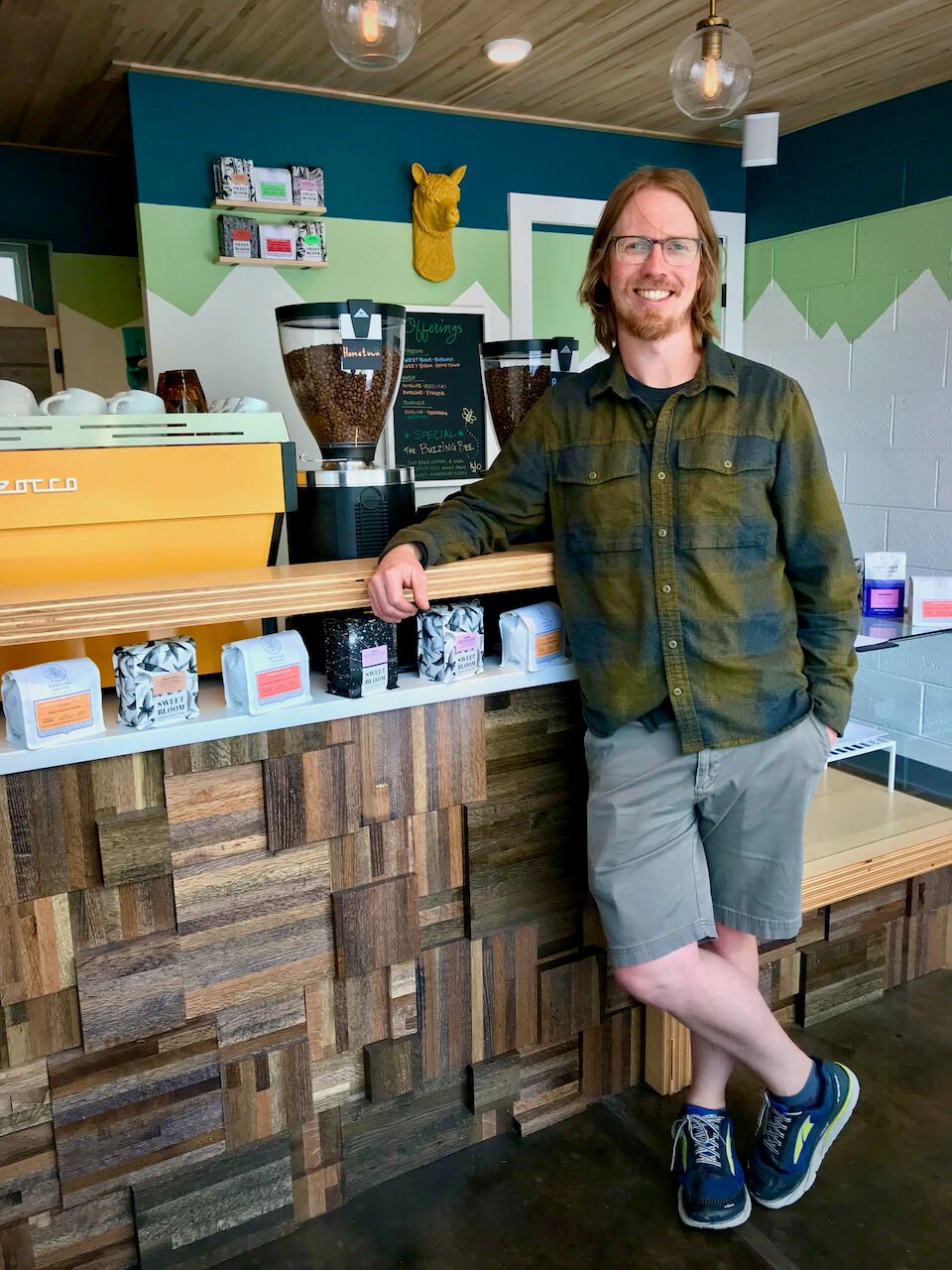 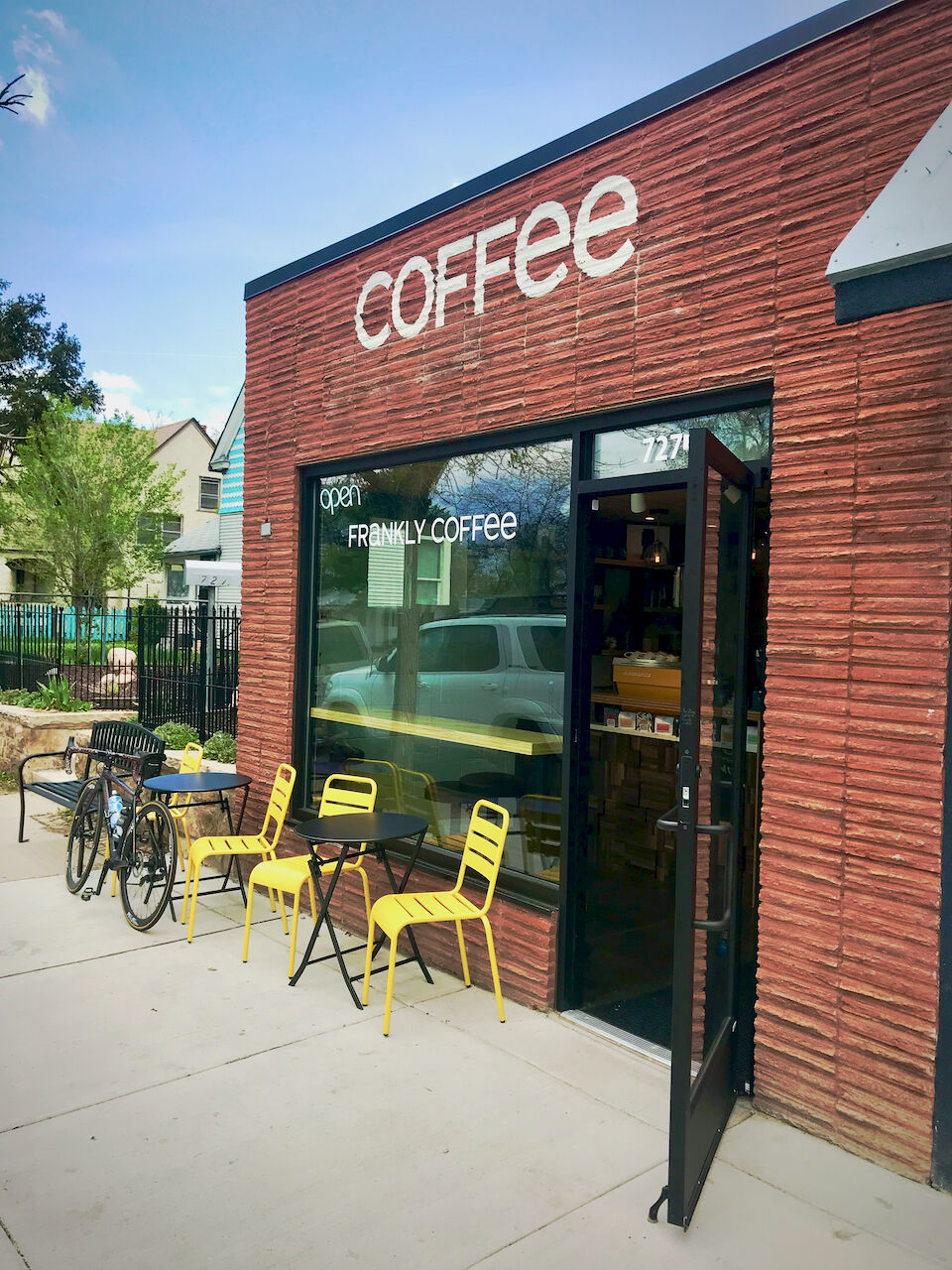 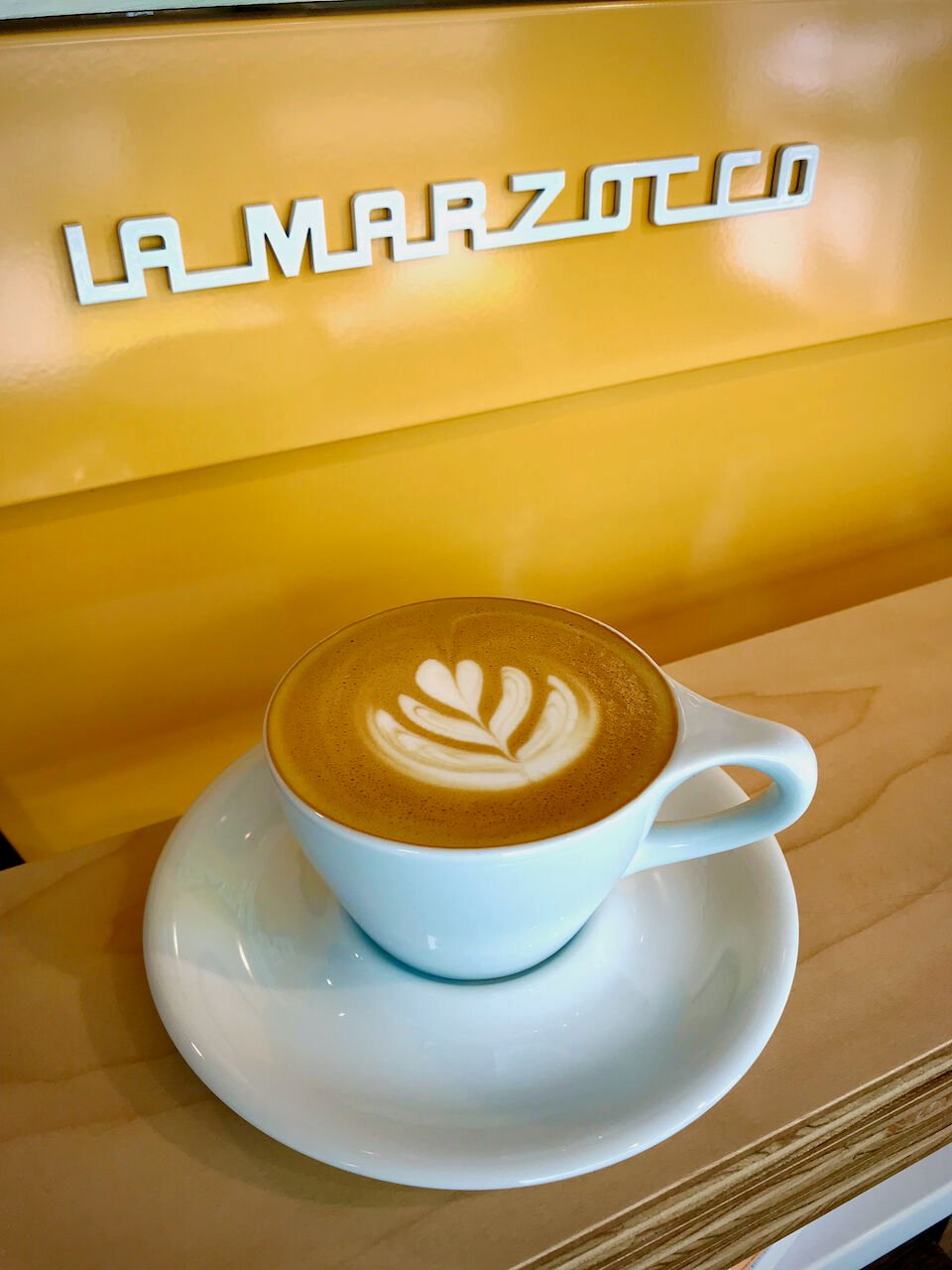 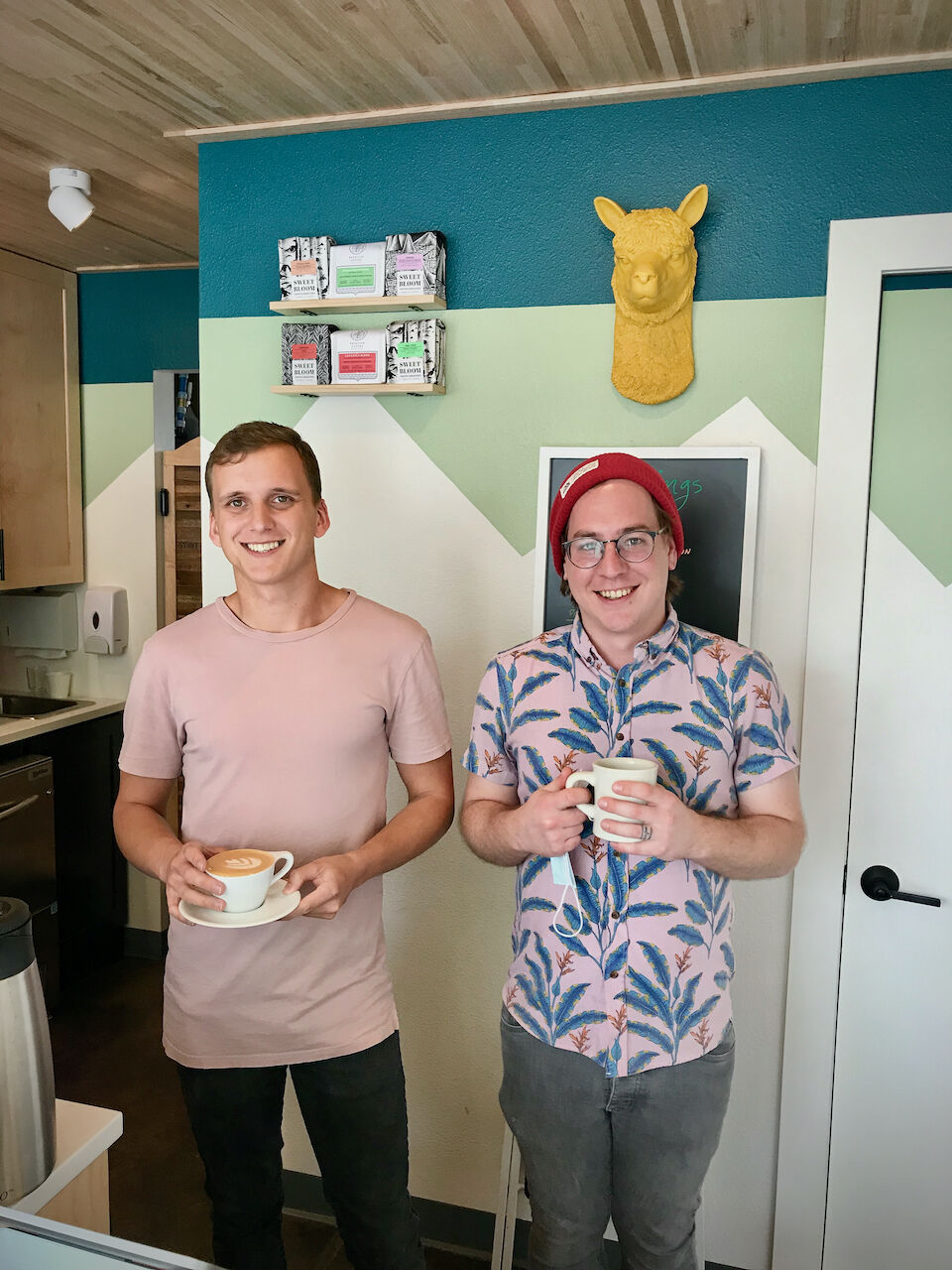 After leaving that business (for which they helped build out the tiny house and Kelly designed the original logo) to their good friends/cofounders Don and Carissa Neimyer, they invested in Blank Coffee, which rebranded to Wyeline before going dark during the pandemic. But I’m told to expect Wyeline’s donuts and bagels to appear on Franky’s menu at some point, joining existing fine pastries from The French Kitchen. (You can also find Wyeline's draft latte on tap at Homa.)

With Frankly — home to many familiar barista/bartender faces/industry alum like Alex Baum (also a Wyeline co-owner) and Andrew Combs — Brandon says he’s had it in the back of his mind for years to open his own shop. He’s a software engineer by trade and a former home roaster by hobby. He believes the Springs hasn’t seen a coffee shop saturation point: “I think there could be a successful one in every neighborhood — most of our customers walk here.”

His style in this shop, not much bigger than Story’s tiny house in Acacia Park, is a multi-roaster model featuring anchor roasteries Sweet Bloom (a highly renowned Denver operation) and Roseline Coffee (another boutique brand from the Noffsigner’s former hometown of Portland). Top-tier (and competitively priced) espresso drinks are joined by batch brew, pourovers and cold brew on the menu, and there’s a short list of tea and non-java drinks as well.

Do try the special, aptly named Buzzing Bee cold brew with lemon juice and quite influential-to-flavor Abeja Hive honey from nearby Buckley’s Homestead Supply. It's a beautiful drink that Combs, who serves me, likens to a bartender combo of Amaro Averna and lemon juice, because of the way the citrus works with botanical and earthy flavors. With this drink, the smooth coffee notes pick up the lemon zing and the honey doesn't so much sweeten (although it does, a touch) as it does add a floral element and wonderful honey finish flavor. Combs says to almost think of a coffee version of an Arnold Palmer tea drink, with the tannic tea offset by lemonade citrus and sweetness.