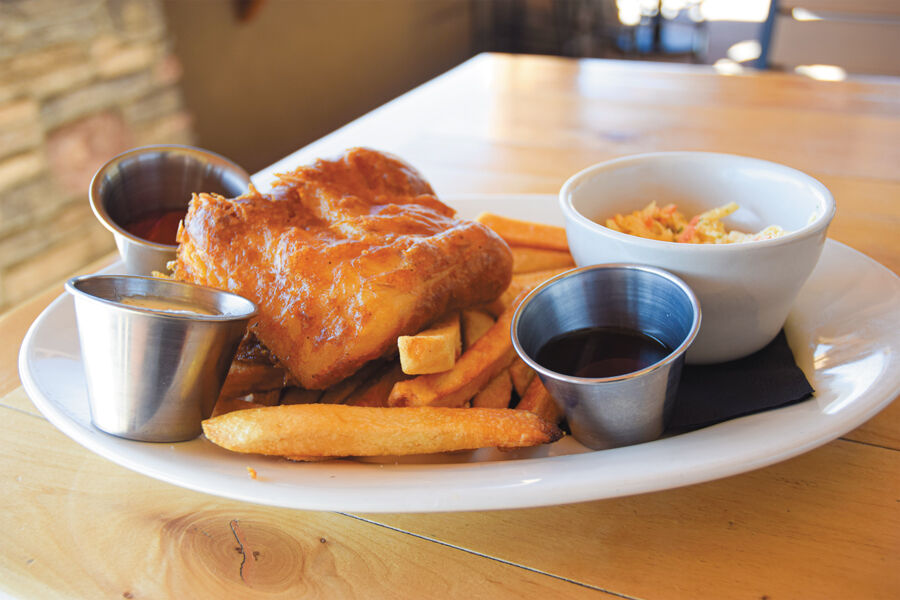 The fish and chips are authentic, the slaw’s made with radish and Worcestershire, and the pints hold 20 ounces, not 16. 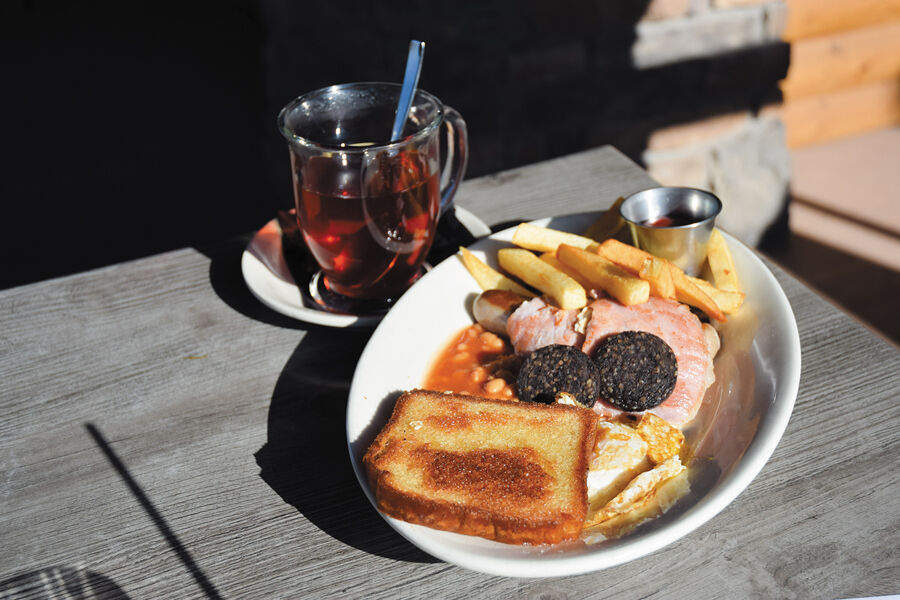 The full English breakfast (then a nap)

Many things have been said about the culinary traditions of the island of Great Britain — some good, some bad. Given the heavy influence of World War II rationing and the relatively overcast climate, British food is less about the freshest ingredients than getting every scrap of flavor out of what’s there. Britain’s most famous foods tend to be comfort food, with lots of brand-name goods, long cook times, shelf- and cellar-stable supplies, and livestock products. Flavors tend to be milder than those of other culinary traditions, including American food, which Brits sometimes consider too sweet or salty.

The Indy shared that same sentiment when we reviewed The Chippy in 2019, which is appropriate, because the Great British Food Company shares ownership with that authentic British fish and chips shop. GBFC is located in the former Trapper’s Rendezvous, a sprawling standalone restaurant with views of Pikes Peak and Pulpit Rock. Some of the “Wild West” font signage remains, but they’ve pruned the garden of 50 televisions down to a more rational number, though it’s easy to catch a variety of football and rugby games while knocking back a proper pint.

On the topic of pints, it’s important to know that the British imperial pint glass is not 16 ounces but a traditional 20-ounce vessel, so a pour of, say, malty Fuller’s London Pride ale or fruity-yeasted Boddingtons Bitter goes further than one might expect. GBFC also offers craft cocktails — we try a Cucumber Collins, a strong drink of Boodles gin, Chase elderflower liqueur and muddled cucumber that brings herbal and vegetal notes that taste the way a garden smells on a rainy spring day. Equally Brit, the strawberry-rhubarb mimosa adds strawberry sweetness and mild rhubarb tartness to nice bubbly, though we wish the fruit came through stronger.

Frankly, a tipple is all we were missing from The Chippy’s ace fish and chips. Icelandic cod in a thin, crisp, golden brown jacket on a pile of thick chips with malt vinegar, ketchup and a dill-spiked tartar sauce? Yes please. And the cole slaw’s a bonus, ditching sugar for bitter radish and savory Worcestershire sauce.

The Brits love breakfast, though, and a full English breakfast is sure to fill a body up. Heinz baked beans in tomato sauce, a historically essential British food, sure do taste sweet, and we don’t get the appeal alone or sopped up with butter-inundated griddle-fried bread. But we’re bigger fans of the slices of black sausage, a sausage made of pig blood, grain and fat with iron notes and warm spices — it tastes of meat, not blood, though yeah, it’s unusual for the American palate. Also on the plate, a pork sausage, pan-fried tomato slices, pan-fried mushrooms, a mess of chips, an egg and bacon.

It’s back bacon — Winston’s Irish back bacon, to be specific — not belly bacon, so picture a lean slice of cured pork, and a nice slice of pork at that. It’s also great on a bacon butty, which is back bacon on a roll that’s been buttered and griddled until crisp. With a proper cup of tea — PG Tips brand — it’s a fine breakfast for anyone who likes napping until lunch.

At dinner, we start with Welsh rarebit, which sees buttered toast topped with a runny egg and a beer-cheese sauce that’s lighter in color than we expect and salty on the front, though the complex tang of the cheese comes through and plays beautifully with grain notes from the beer. But it’s cheese sauce and an egg on toast, don’t mix it up.

Moving on to entrées, we’re drawn in by the Lancashire hot pot. Typically, it’s topped with sliced potatoes, but our to-go portion comes with undersalted mashed ’taters atop. Under, there’s a lovely portion of mutton stew with incredibly tender meat and beautifully seasoned potato cubes. Pickled red cabbage makes the richness of the meat proper stunning.

We also order chicken tikka masala, a dish as British as General Tso’s chicken is American. The chicken’s tender in a mildly spiced sauce that bears a little tomato flavor and faint vinegary tang in its creaminess. It doesn’t fill the room with spice smells and wow with the complexity of its seasonings, but, again, this isn’t Indian food. This dish is what happens when a country conquers half the world for spices, then collectively says “Nah.” What it is, though, is comforting and rich. Dishes like these comforted British palates through the Blitz, and in 2020, comfort is worth its weight in gold.