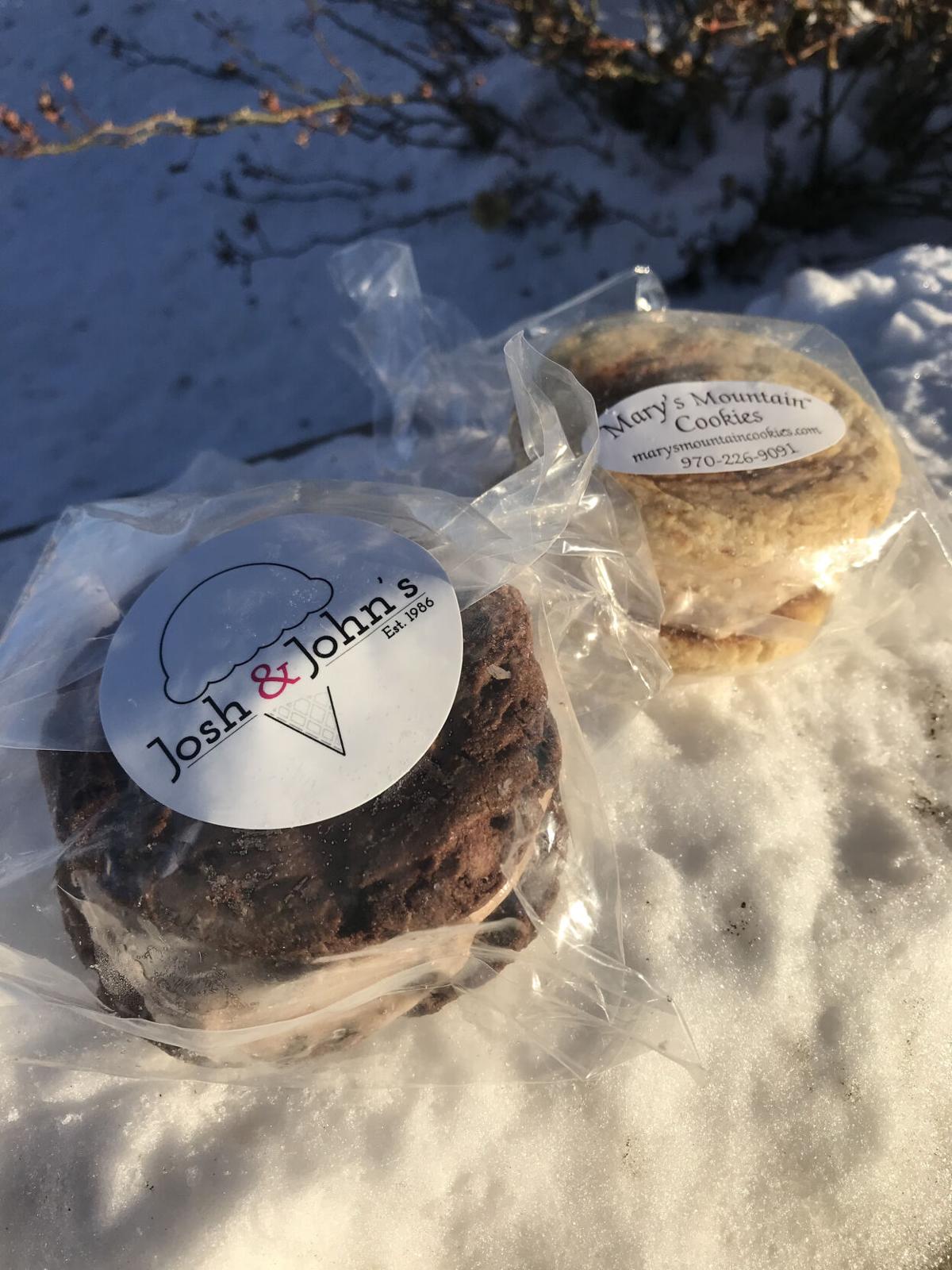 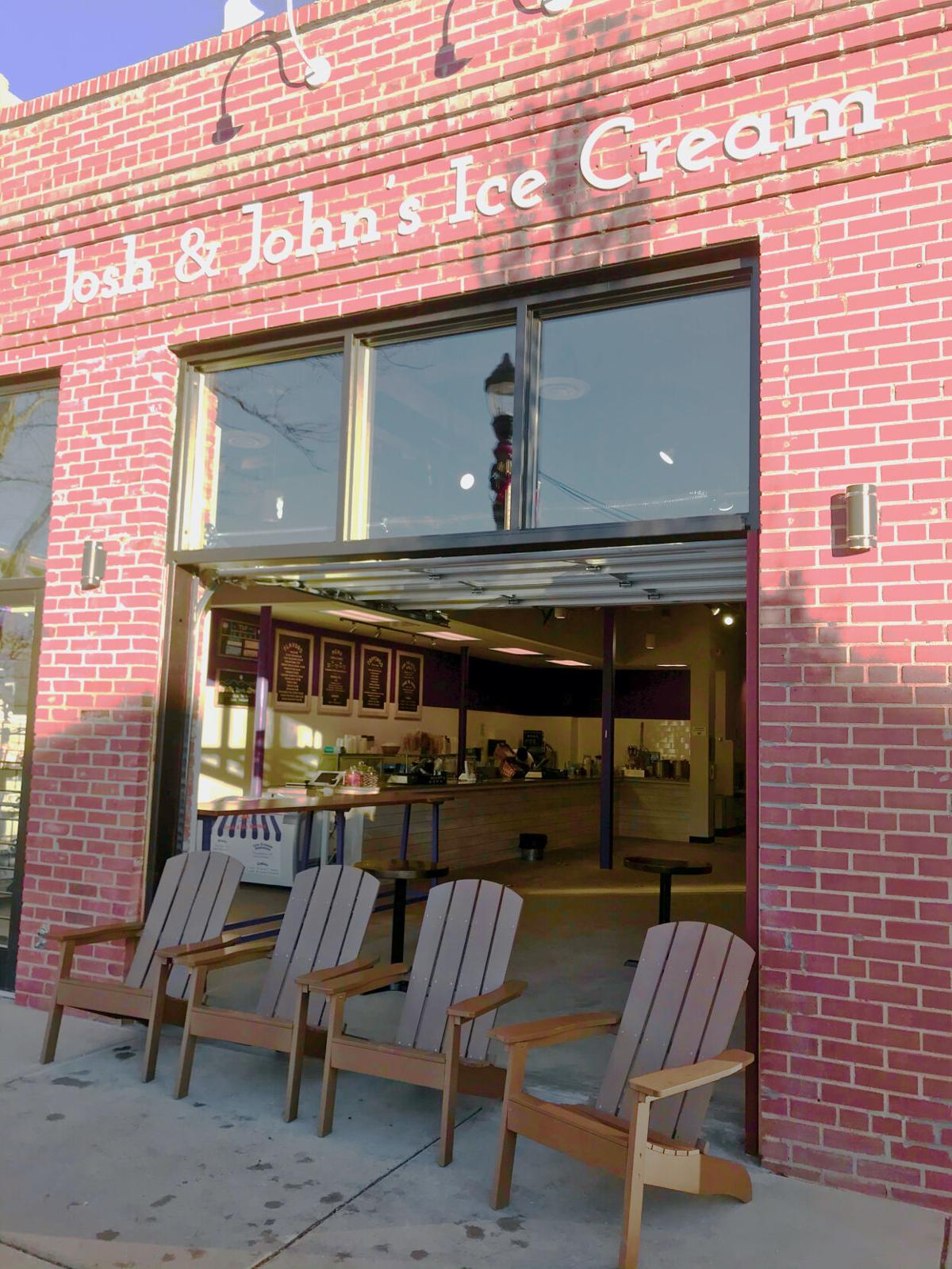 The new storefront was designed with social-distancing and extra air circulation in mind, with better customer flow to the service counter and register as well, says co-owner John Krakauer. 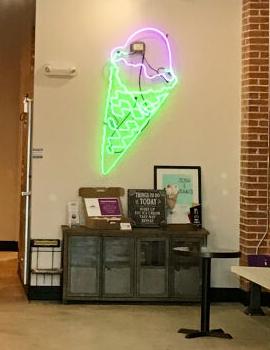 The new location sports a lot of open space.

Josh & John’s, which turns 35 years old in June, recently opened in its new location at 329 N. Tejon St., across from the Poor Richard’s complex.

Co-owner John Krakauer cites an expired lease in their old spot next to Kimball’s Peak Three, where they’ve been for the past 25 years, and that necessary updates to the space had they renewed would have closed the shop for several months at least. “It didn’t make sense to stay,” he says, adding he believes the business is “better suited” on this more “family oriented” block. (There's also two more local locations: one in Mountain Shadows and another in Flying Horse. And the Scoop Bus dispatches to events.)

Also, the new location has more than tripled storage capacity, which was holding back growth at the old downtown storefront. With that room, Krakauer has created a grab-and-go section upon entry, with an expanded offering of pre-packed pints and other goodies, including newly available “Sammies,” which are ice cream cookies made with Mary’s Mountain Cookies out of Fort Collins (where J&J’s opened an expansion this past June).

We recently stopped in and tried the Snickerdoodle cookie with oatmeal cookie ice cream and the fudge cookie with cookies and cream ice cream from a batch of three initial flavors (the other being chocolate chip cookie with vanilla bean ice cream). The cookies are thick, soft and chewy, holding up well to the also-thick filling and not crumbling with bites. Flavors are on-point as always.

In addition to the 15 flagship ice cream flavors, J&J’s now offers four rotating specials, one being vegan sorbet (currently a lychee flavor), two typically seasonal, and a fourth “something on the foodie side, more sophisticated and maybe odd,” he says, citing a gorgonzola cracked pepper walnut which “didn’t sell well, but it was interesting to taste and some people loved it.”

During our visit the foodie flavor is salted burnt sugar bourbon and one of the seasonals is gingersnap molasses. The first holds some nice booze notes, tasting great on a cold day as if we were somehow being warmed up a bit (despite the hooch cooking out). The gingersnap molasses, which always comes on close to the holiday season, is actually Krakauer's personal favorite flavor of all time. "It tastes like a Christmas gingersnap cookie to me," he says.

In addition to the expanded storage space, this new location has afforded Krakauer the opportunity to design a better customer flow to the service counter, he says. That's part of casting an eye toward Covid, which he noticed has changed customer habits: "people want to walk in and walk out, so we were selling a large number of pints grab-and-go," he says.

"We tailored the store to the 'new normal,'" he says. "We have garage doors and two big front doors that we can leave open for a lot of indoor/outdoor circulation, and a massive fan to help with that."