You are the owner of this article.
Edit Article Add New Article
You have permission to edit this article.
Edit
Home
News
Food & Culture
Opinion
Events
Promotions
Multimedia
Digital Edition
About Us
Advertise
Donate
And More...
Share This
1 of 5 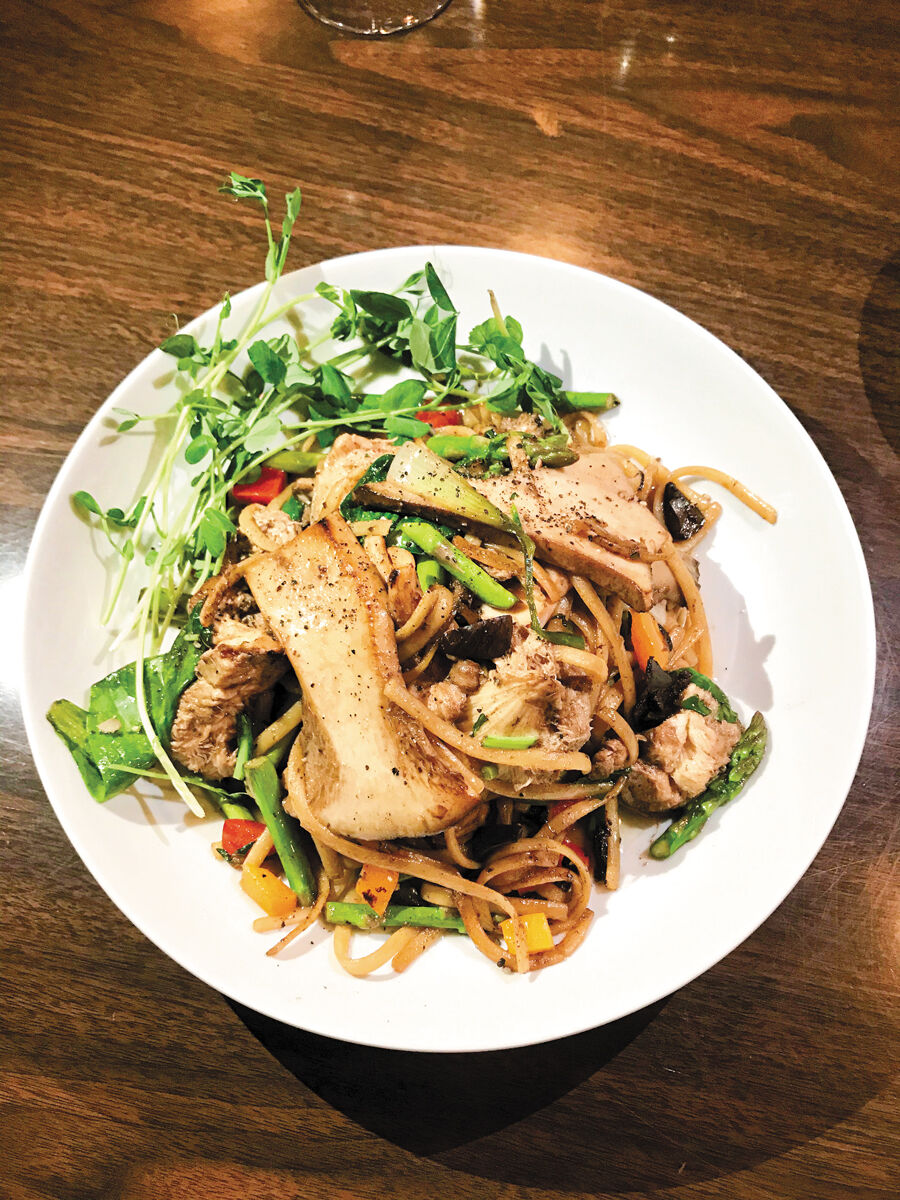 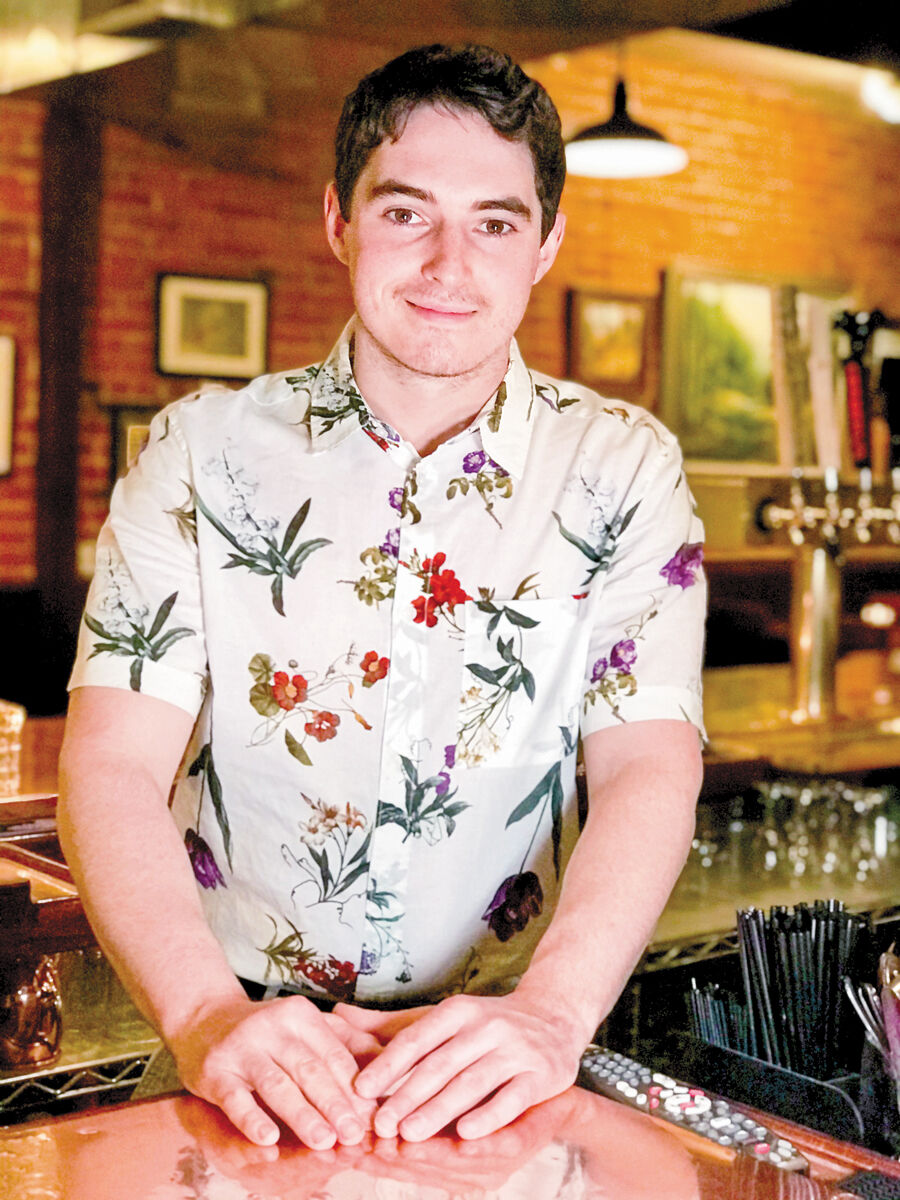 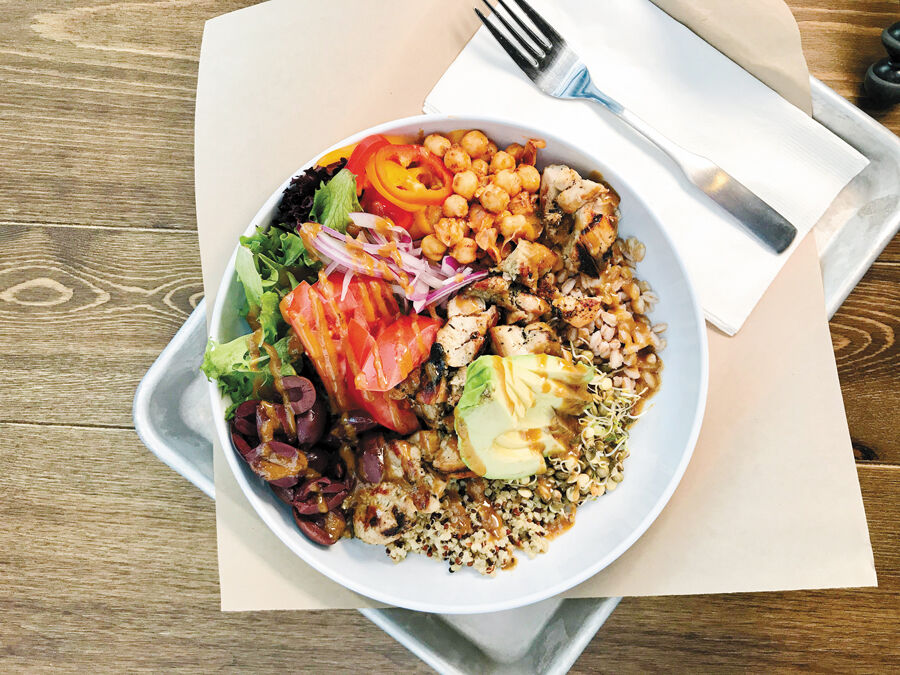 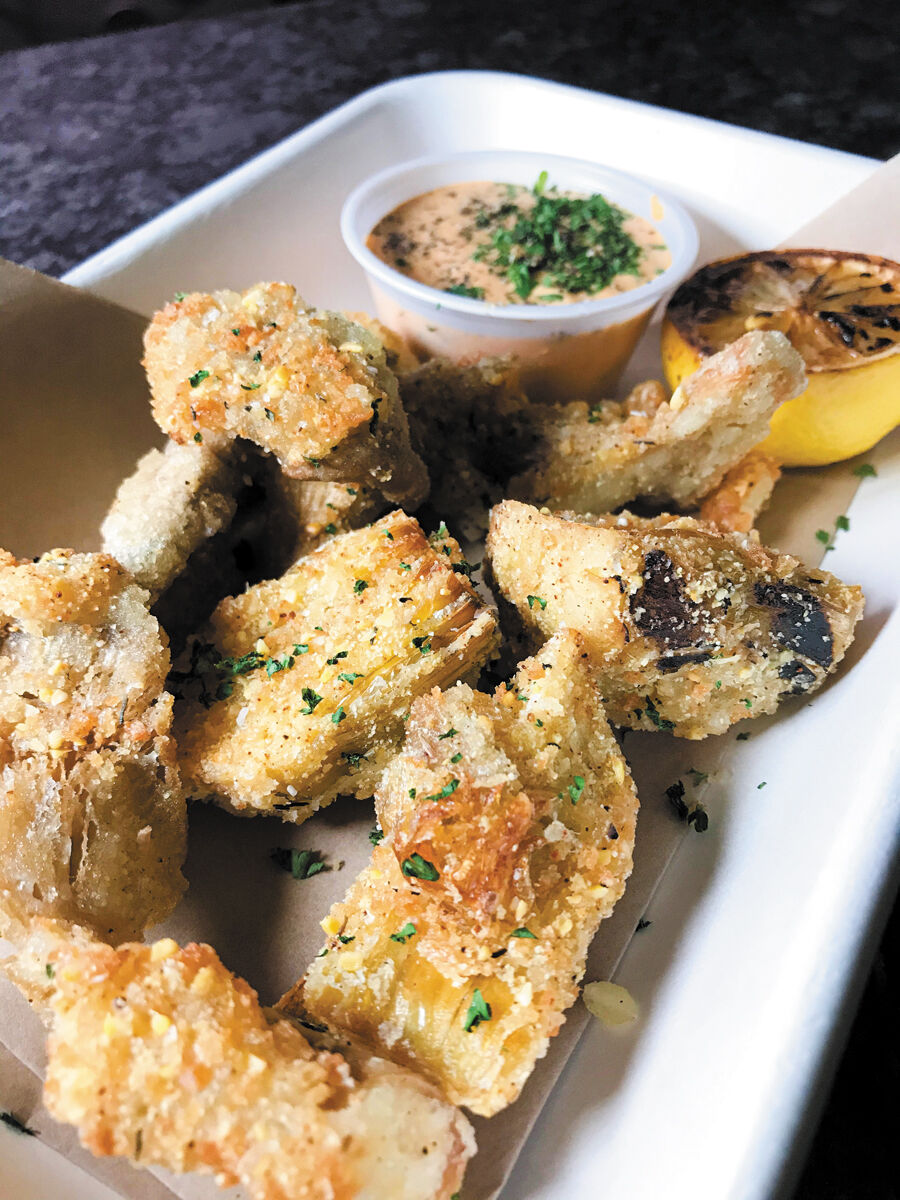 Patru Dumitru is a mushroom microgreen wunderkind. If that wasn’t a thing, it is now.

After dropping out from a year of business school at UCCS, he started a hydroponics business at age 19 in his parents’ garage, selling a rig he designed called the “HerbaHammock.” Sold for $125, it could grow 30 lettuce heads monthly. He wanted to empower people living in apartments or places without backyards to grow their own food, but after a couple years of giving it a go at farmers markets and failing to make much money, he embarked on a new journey. A local chef had asked him one day if he grew microgreens, so he looked into it, and became interested.

Long story short, the idea clicked, he found buyers, expanded his operations, and now, at age 24, he’s operating a company named Microvora out of a 2,000-square-foot warehouse and selling to 40-plus clients around town. Adam’s Mountain Café buys from him. So does Margarita at Pine Creek, Chiba Bar, Rooster’s House of Ramen, R&R Coffee Café, The Joint Food Truck … the list goes on. He says he’s moving 400 pounds of eight mushroom varieties weekly now, plus another 40 pounds of 20 microgreen variants — that’s a lot considering how lightweight those gossamer sproutlings are.

Dumitru, whose family moved here from Romania when he was a year old, cites health, community and sustainability (growing and eating locally) as personal and business motivations. Though he’s not certified yet, he grows using organic practices, all soil-based (versus hydroponic, etc.), and continues to sell at area farmers markets. Talk to his culinary clients, and you’ll hear he’s just a damn nice guy, and genuine. I see that for myself in his smile when I meet up with him at the tail end of his delivery route, as he’s dropping off at The Warehouse Restaurant & Gallery. For my part, I’ve been bouncing around town trying some of the dishes the chefs are making with Microvora products.

James Africano, chef/proprietor at The Warehouse was one of Microvora’s earliest clients. Africano recalls giving Dumitru advice from a chef’s perspective, on how to better remove moisture from and package his microgreens for longer life in the fridge, and when to pick mushrooms so they weren’t too immature and holding a lot of water content. “He has wonderful products,” says Africano, who regularly places 5- to 7-pound mixed mushroom orders to help Dumitru move through whatever inventory he’s heavy on.

Africano has catered to the vegan community during special dinners and the like; former Warehouse chef Hogan Ahrens for example mimicked scallops with Microvora trumpet mushrooms, and the team made “steaks” with big lion’s mane mushrooms. They also smoked oyster mushrooms and shredded them for faux pulled pork, in place of the now-ubiquitous jackfruit vegan pulled pork, and stuffed that in baked sweet potatoes with fried okra.

And their earthiness complements game meats particularly well, he says, which I discover for myself with a plate of wild game ragout, made with homemade bucatini noodles and a mix of wild boar (via Broken Arrow Ranch), elk (via Grande Natural Meats) and bison (via Ted Turner’s herd; Africano used to be exec chef at Turner’s Vermejo Park Ranch). As much as those are the stars of the dish, the soft mushroom medley plays a strong supporting role, with big herbaceous notes from fennel, rosemary, oregano, parsley and, most beautifully, mint (think mint used to tame the game of lamb dishes). Enjoyed with a suggested glass of grenache, it’s a stunning dish, deeply hearty. While dining in-house, I also see a bison ribeye plated with a mound of sautéed Microvora mushrooms as a topping, showing them off as much as the meat.

At newly opened Homa inside the Kinship Landing boutique hotel, chef Brian Blasnek serves a variety of bowls built upon a base of farro, quinoa and sprouted lentils — that last ingredient coming from Microvora. Homa proprietor and longtime local chef Jay Gust met with Dumitru to specially request the item, which he would grow himself if it didn’t require a whole food safety program licensure, essentially. “He didn’t know how to sprout lentils until we talked about it,” says Gust. “But he was willing to jump right in to a new adventure. And he has it down. He makes his products with love, and he epitomizes a sense of community.”

On Gust’s recommendation, I try the Mediterranean bowl with chicken added, going to a completely opposite geographic region with my own odd cocktail pairing: the Mexicaliblues, made with reposado tequila, Scrappy’s Bitters firewater habanero tincture and pineapple, with a chile lime salt rim. I can’t say anything super complementary happened between food and drink, but I paid extra attention to the lentil sprouts. They appear as little culinary spermatozoa-lookin’ fellas, with opaque tails protruding from the legume. They command attention even when the more colorful tomato and bell pepper segments and red onions draw the eye across the bowl, past pockets of garbanzos, black olives and avocado slices. They’re mild, but as a home sprout grower myself, I can attest to their added healthfulness, basically a purported higher protein and nutrient content along with improved digestibility.

Chefs Kalen Janifer and Lina Flefel at the newly rebooted Two Suns inside the COATI food hall have built one of their appetizers in particular around Microvora’s oyster mushrooms. Along with artichokes, they bread the shrooms in cornmeal and panko and fry them to a perfect flaky brownness. Burnt lemon plays garnish and we dip the goodies into a fabulous smoked paprika-cashew sauce. This is the type of food that won’t make you conscious of the fact you’re eating vegan, you’re just happy it tastes so good and that certain veggies hit as hard as animal proteins.

For my last sampling (so I can now say I’ve hit a tenth of Microvora’s current clients), I drop in to The Carter Payne and chat up co-owner Jeff Zearfoss and my old boss, Chef Brent Beavers from Immerse Cuisine. I was expecting to find mushrooms on the food menu, but not on the drink list — testament to Local Relic Artisan Ales’ creativity. To pair with our mushroom-intentional meal, Zearfoss pops a not-yet-released bottle of mushroom beer that brewer Grant Goodwiler made with Microvora lion’s mane and king trumpet mushrooms. Partly inspired by an Austin, Texas-based Jester King farmhouse ale they’d had, called Snörkel, the beer, as described by Zearfoss (who sports a smart sommelier’s vocabulary), evokes loamy, saline-rich soil. To me, the nose leads like a lightly hopped pale ale, but no bitterness follows in the sip, instead just that hint of earthiness amidst a black pepper element from the saison yeast. This beer will be ready around the time you read this, while a mushroom Brettanomyces they’ve made will age out into 2022 sometime.

But back to our meal, Beavers plates one of that night’s specials, seared center-cut pork chops over sautéed collards and kale, and grits, all topped with a sensational mushroom-Dijon cream sauce, complete with big chewy chunks of fungi. It tastes like the best of Southern U.S. food meets something very French. As delicious as the chops are, the mushrooms practically steal the show in that sauce, meaty in their unique way and wearing the piquant mustard grounds just as lavishly as the piggy bits do.

And because we can’t possibly turn down a dish listed as Exotic Mushroom Carbonara, we don’t. Beavers makes a variant of the listed menu description that he’s playing with for an upcoming menu. In it, he mixes olive oil and rosemary vinegar-doused linguine with asparagus, bell peppers, spinach and big trumpet, oyster and lion’s mane mushroom slices flecked with black pepper and bits of black garlic. It’s excellent. Say — I wonder from whom he purchased those pretty garnishing pea shoots on both dishes?

“It’s a surprise to see what they’re doing,” Dumitru says of the chefs, noting how both Beasts and Brews and Slow Downz Texas Creole recently have made awesome vegan tacos with lion’s mane mushrooms. “There’s a lot to explore with mushrooms… They’re killing it. It blows me away.”

He sounds like a proud father whose kid did something special. But really he’s just an expert enabler with a quality product. And as soon as he hits capacity at his current warehouse by garnering more wholesale clients, he aims to expand his product line into medicinal mushrooms like Cordyceps and begin making tinctures. A move into the Denver market’s also on the horizon.

All this from humble garage beginnings, trial-and-error, patient listening, and slow growth built out of personal connections. Microvora really does offer a great model for a local food system: grassroots and ground up. It’s fitting that symbolically that’s just how mushrooms grow and spread.