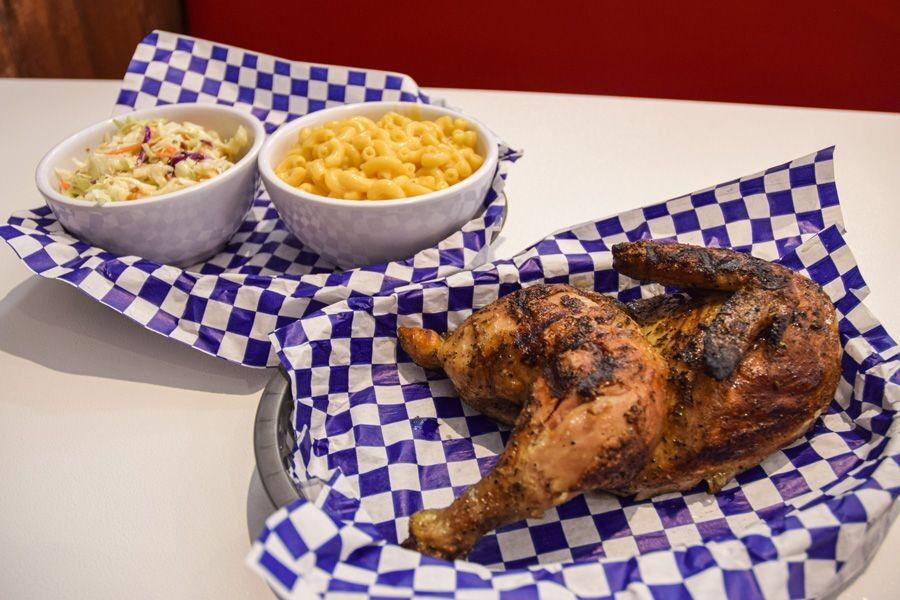 A half chicken and two heaping sides only run us $15 — a steal. 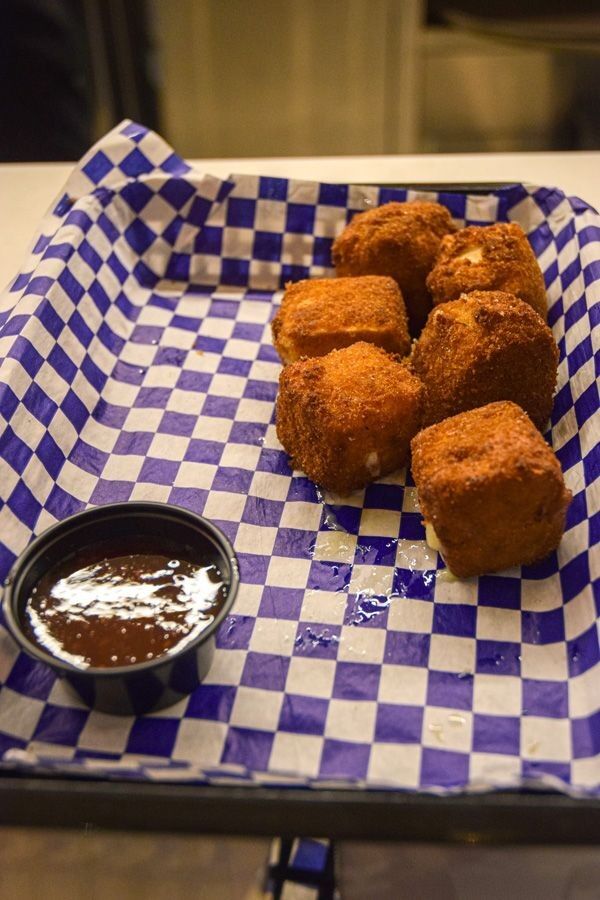 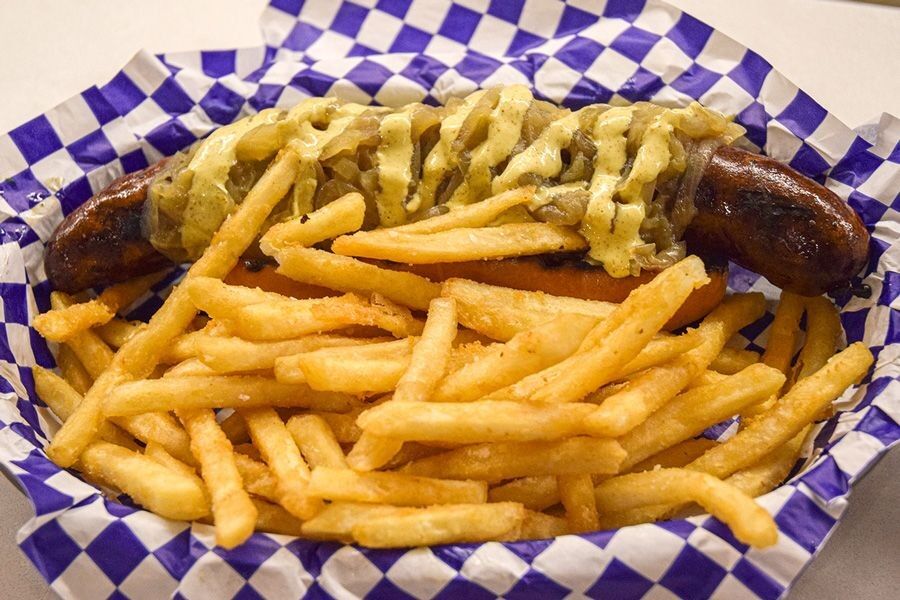 Till Kitchen represented all of the highest ambitions for cuisine in the Springs, namely a massive space serving phenomenal gourmet food. Now, the roughly 20,000-square-foot building hosts a bar food and games venue with a hipster-chic marmot mascot. North Side Social, still owned by Altitude Hospitality Group, makes sense for the neighborhood in a way Till never did, as a place for families instead of a monolith built on a locavore scene too small to serve as its foundation.

Simple, bold colors on accent walls replace the cavernous white barn, bouncing the echoes of pinball machines, a duckpin bowling lane and the laughter of kids and adults enjoying these and other games. When we visited just prior to the COVID-19 pandemic shutdown, it was packed, even on a weeknight. But servers performed admirably, offering wings gratis to replace soup they’d 86’d but left on the menu. The menu calls the sauce buffalo, but it’s really Mae Ploy sweet chile sauce and sambal, more sweet than spicy or sour. It marks the first time Mae Ploy hasn’t announced its presence with the subtlety of the Kool-Aid man. Bravo. Other worthy small plates: Spicy fried pickles bear a kick we’d call medium and a flavorful peppercorn ranch dipping sauce. Flash-fried brie cheese cubes, lightly breaded, are what mozzarella sticks want to be when they grow up, and side raspberry chipotle sauce cuts the richness with complex flavors.

Drinks-wise, the house Bloody Mary balances hot sauce heat, horseradish cleanness and black pepper, a drink that’s more sharp than savory for the minor tomato flavors, and a salt and Old Bay rim does fine. Order on a Sunday for pickled veggie garnish, or pay $10 instead of $8 for house-infused horseradish or bacon vodka; we did neither. We do enjoy the Home Team, a drink between a Boulevardier and a Black Manhattan that blends rye whiskey with amaro di angostura, angostura bitters and sweet vermouth. It’s bitter, spirit forward and a steal at $8.

For entrées, the Beefed Up Brisket sandwich all but buries crispy kale, pickled sweet peppers and a green chile and peach barbecue sauce under savory chipped beef and garlic aioli, all of which comes piled on a brioche bun toasted dark and stiff enough to keep its integrity and add crunch. We find more to love with the jalapeño cheddar elk brat, a smoky-spicy-savory mass of meat served on a too-small, toasted-dark brioche bun with subdued mustard aioli and caramelized onions as sweet as apples. Healthier, the kale pizza’s a wonder, with crispy kale and garlicky kale pesto brightening and complicating an already competent Italian sausage pizza.

Sandwiches and pizzas all cost $12 to $14, but in these higher prices, we find an unqualified steal. Half an herbed rotisserie chicken costs $15 and comes with two heaping bowls of sides, plenty to comfortably feed two. The chicken skin comes crisp and brown, almost too salty but smelling of butter and herbs. Dark and light meat both pull apart with ease. Mac and cheese mixes al dente elbow noodles with a rich, thick cheese sauce that tastes solely of cheese and will glue unsuspecting mouths shut (not a bad thing). We ditch baked beans for peanut-specked coleslaw that leads with cider vinegar mellowed with sweetness, crunchy and more than just picnic in-fill. It’s better than it has to be.

Hell, this whole menu feels like it’s dropping the Old Spice “The Man Your Man Could Smell Like” bit next to every other bar and family entertainment center in town. It’s not Napa Valley of the Front Range like Till aspired to be, but it’s its own kind of game-centric good. And that plays just fine.

Altitude Hospitality Group Founder Mitch Yellen took the time during the pandemic’s early days to work on plans to install outdoor pickleball courts a little earlier than expected — as part of a Phase Two plan. With these plus a grass area and cabanas spread across 2 acres, North Side Social will be able to host upwards of 150 folks outside safely considering social distancing. And thanks to NSS’ cavernous interior, another couple hundred can still keep their distance while playing games and enjoying libations inside.

Yellen planned to reopen with limitations in mid-August, but he says “It’s going to be a little later, mainly because I decided to do something really inspired. I’m putting a bubble up. I had to engineer this giant bubble to cover the front parking lot.”

It remains closed as of this writing, so look for a re-launch in late September.

“Even in a COVID world, this can work,” Yellen says. ”The third time’s a charm,” he jokes, referring to Till’s original opening, then North Side Social’s Valentine’s Day launch prior to closing up a month later, and now this updated opening.