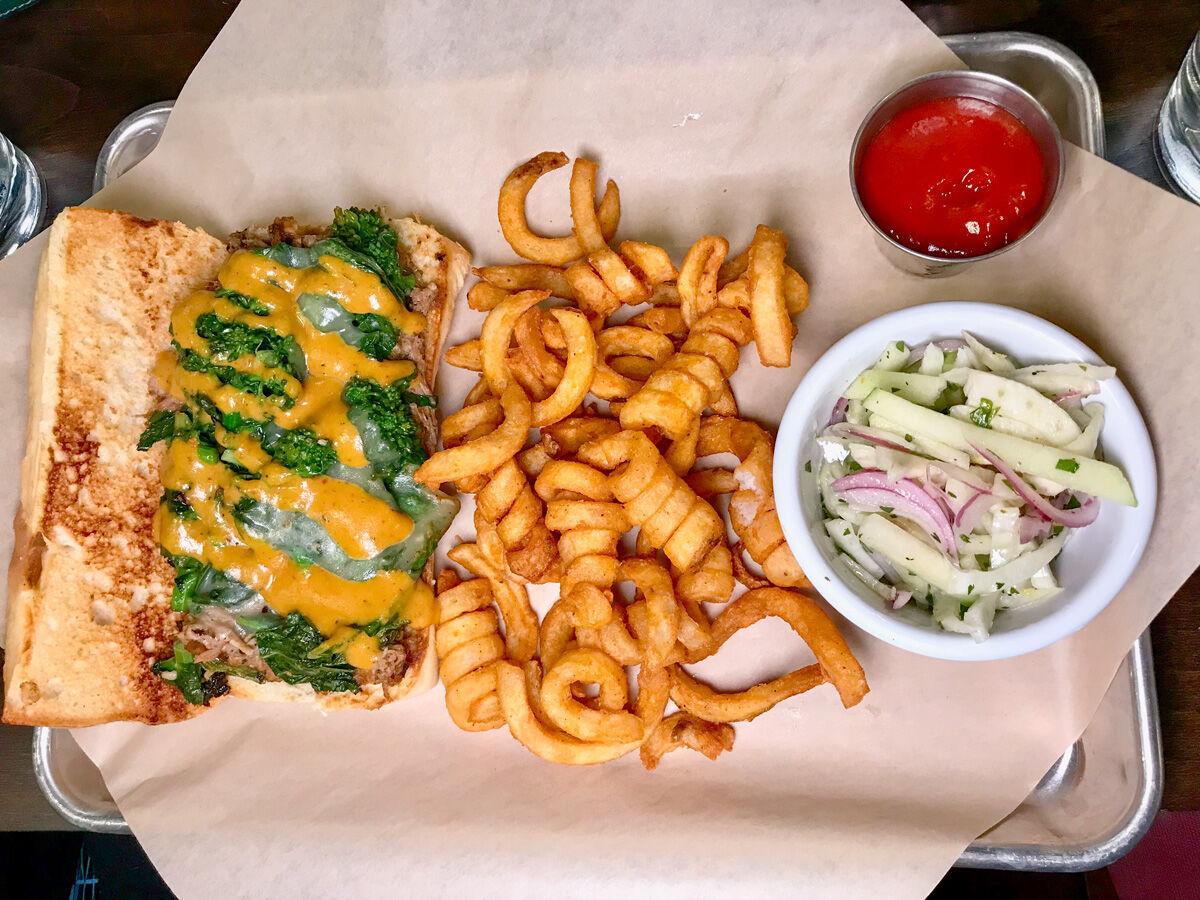 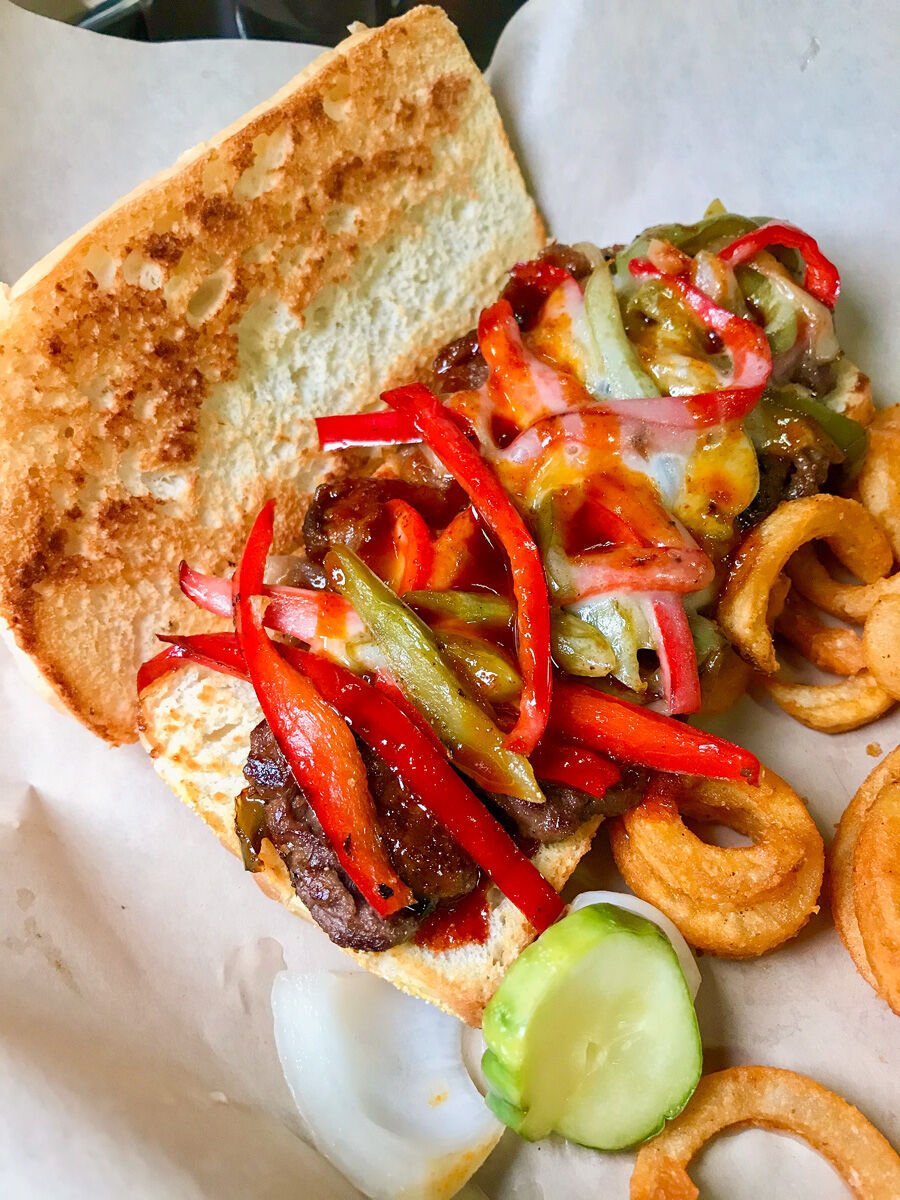 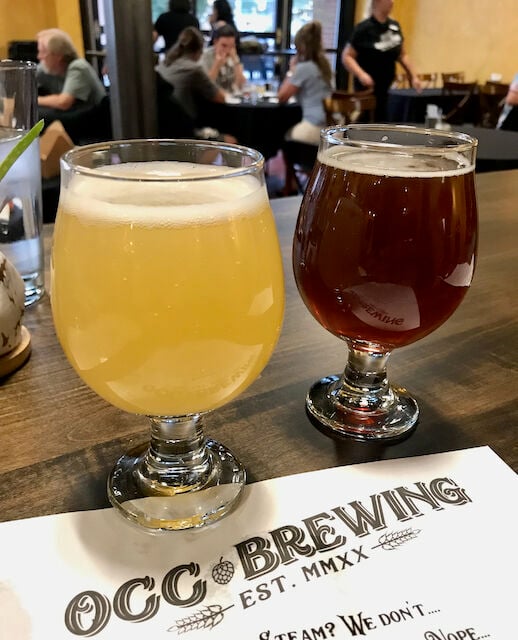 Yes, they do have your hazy IPA.

I remember getting off a nearly hour-long phone chat this past July with OCC Brewing head brewer Taylor Donner and laughing to myself, thinking, “man, that guy really has beef with milkshake IPAs.”

Looking back at my notes, I recall him ranting about “all these beers with a fuck-ton of lactose … I don’t think we need to have all this absurd milk sugar in beers.”

If you’ve never met Donner — now in his late 20s, the former assistant brewer at Cerberus Brewing Co. during its founding years, who also holds a culinary degree and advanced-level Cicerone certification (like the sommeliers of beer) — then his consumer-driven marketplace commentary may sound overly harsh or snooty. In my brief time being acquainted with him, I’ve known him to be pretty outspoken, driven by a nerdy, curious passion to study and produce exceptional beers. He even took a months-long sabbatical through Europe studying brewing in late 2019.

Part of what I heard during our chat was anecdotes from that trip, like a moment of beauty harvesting dandelions in the Belgian Ardennes for a brew at internationally lauded Fantôme. But we also talked about recent beer trends (for better or worse), sustainable beer-making, pre-industrialization practices, flagship production beers versus perpetual spontaneous brews, yeast-driven flavors in beer, the concept of breweries as public houses, and the frequent focus at OCC on European-style table beers, some lower-alcohol. “Six farmhouse beers can have more variety than six IPAs in my opinion,” Donner had said.

So perhaps it’s needless to say that on 11/11, when OCC brewing finally rolled out 11 premiere beers (a little over a month after their opening, which due to plumbing not being finished featured only two house collaborations and 14 guest taps), the menu was definitely unique in town. To attempt comparison, I’d say it’s like a mix between Local Relic (wild experimentation, never static), the saison-obsessed launch years of Trinity (“Yester wasn’t wrong,” Donner says) and some amalgam of our better local taprooms that have produced award-winning brews.

Donner’s supported by owner Dan Ramos and his wife Claire, both certified beer judges. She teaches wildlife biology and ornithology at CSU Pueblo and he’s a beer scientist with a biology degree who spent the last eight years at Woodland Park’s Brewing Science Institute, providing technical support on fermentation to roughly 1,000 breweries around the U.S. When I spoke with Dan in July, he said “we’re focused on getting the most out of our yeast with well-attenuated beers,” noting that “healthy fermentation is sometimes lacking in the industry.” Like Donner, he’s a big fan of classic European-style beers.

At the September soft opening, I fell pretty madly in love with OCC’s collaboration brew with Cerberus, a table saison dry-flowered with 20 pounds of locally grown bee balm, made from a yeast strain that Dan cultured from a bottle of Fantôme purchased at Coaltrain. It had savory botanical qualities and a phenomenal aroma. It was a sure sign of good things to come, and at a late-November revisit I wasn’t disappointed, even if I didn’t meet a beer as epic as that flower saison.

OCC Brewing is located in space most recently occupied by Junior Achievement.

The team was going for a sort of Southwest industrial vibe, with exposed rafters and pretty tiling around the bar’s base. It gains a faux Italian feel due to the Venetian-textured, mustard-yellow walls (familiar from chain Italian restaurants). There’s little to absorb sound, with Spartan decor, so conversations tend to be loud to hear one another.

I’ve spoken only of beer thus far, but OCC’s not a bad choice for a satisfying meal, either. Dan grew up in the Northeast, where Italian and sandwich culture’s huge. He also has family from Tampa, where there’s nearby Cuban influence. He noted “upscale fusion sandwiches” as his intent, perhaps best personified by the house-roasted mojo pork sandwich served with sharp provolone, house mustard sauce and not-often-seen broccoli rabe on a soft, spongy hoagie roll. The traditional Cuban’s ham and Swiss are out, replaced with the Italian cheese and broccoli rabe, which Dan says is inspired by another roast pork sandwich he encountered in Philadelphia. I like the green roughage to lighten the meatiness, accentuated by the tangy sauce.

Quite different from the regular Philly sandwich you might expect, OCC’s Korean-style cheesesteak sandwich leads with tender, house beef bulgogi from ribeye cuts, marinated pretty traditionally (in part with pear juice) and later served on that hoagie bread with the same provolone plus sautéed sweet-and-sour bell peppers and onions, and a gochujang barbecue sauce. The flavors are spot on.

For a mandatory burger at an American pub, there are two choices: the Southwest or OCC. We pick the latter, made with house-ground sirloin mixed with bacon bits, cooked med-well accordingly. It again sees that provolone, caramelized onions, house dill pickles, some arugula spears and sun-dried tomato-garlic aioli on a plump challah bun. It bears a smoky flavor with the chewy pig bits breaking up the ground beef texture, differentiating it from other burgers everywhere.

The brewery shows conscientiousness with several vegan, vegetarian and gluten-free options. We try the vegetarian mushroom pastrami sandwich (vegan if the Provolone’s left off — and yes, that makes four-for-four on provolone for us), which even omnivores should enjoy. Though there’s no faking the meat’s texture with mushrooms, the flavor wows such that you don’t miss it, aided by sauerkraut and mustard sauce on toasted rye with a strong rye bite.

Accompanying sides we choose, in addition to the likable curly fries included with each, perform mixed. The house hot sauerkraut kicks ass, rich with bacon, smoky and sweetened by apple. The apple-fennel slaw pops with that herb and lemon-parsley dressing plus green apple tartness and red onion sharpness for a fresh, crisp bite. I like the dill potato salad more than my dining mates, one of whom notes it bland; to me it’s a more simple Eastern European style, thankfully not overwet with mayo but just creamy enough and seasoned lightly with green onion and pickled mustard seed. I want to like the Mexican street corn salad more, with cilantro, cotija, chiles and an aioli coating charred, chilled corn kernels. It’s just they’re a little dimpled and tough and I might like it much more warmed (and in a perfect world, mixed fresh off the cob).

We skip desserts supplied by purveyors, which the staff tell us are well-curated, but we do start the meal with a fun pickle sampler, which you could skip in favor of a whole order of the fried, our guilty favorite, dipped in a zesty house remoulade. The Westside Hippie “Wings” are another smart, plant-based option of breaded, fried portobello mushrooms. They’re awesome, dipped in a trio of homemade sauces: a basic ranch, a truly hot garlic and spicy teriyaki.

Throughout the meal we order two tasting paddles to try eight beers, plus a 10-ounce pour and a couple 16-ounce pints. To go beer-by-beer I believe I’d test your attention span, so let’s say in summation they’re roundly interesting and steady, but not in too showy a way. Some are subtle in that simple table beer style, as intended — more malt than hop-forward — while others do spotlight different hop varieties more boldly or in unexpected ways.

Some snapshots: a tri-hopped, wheaty Hopfenweizenbock for a hefeweizen alternative; a Flemish pub ale exuding some faint spice and breadiness; a sparkling wine-inspired wit made with 240 pounds of pinot noir grape skins plus black and pink peppercorns that starts with a medicinal edge and finishes dry with a hint of said pepper; a Belgian dubbel made with 120 pounds of locally grown pears plus baking spices (not strong like in a pumpkin ale); a toasty dark rye mild inspired by English pub beer; two Northwest-style IPAs (not a far cry from bitter West Coast styles, but typically with more malt forwardness) spotlighting different hop pairings; and the hazy IPA that Donner and Ramos were admittedly not as personally pumped about but knew would be expected — this one’s among the town’s best out of the gate.

We finish with what I consider a dessert beer (that some may call a breakfast beer): a brown ale “dry-beaned” with nearby Carnelian Coffee’s morning blend. It’s hugely roasty with a smooth java finish, a fine alternative to a post-meal espresso sipper or cappuccino in a fine dining setting. It’s only later I notice on OCC Brewing’s Facebook page an older announcement of the beer’s tapping, in which they note “it’s the perfect beer for a cool fall day, even if Taylor thinks it’s for old men who started drinking craft beer in the ’90s.”

Ouch. Busted. I have become that guy. Cue the grunge music for me to reminisce about my days drinking Samuel Adams (the best we could get our hands on) via my first fake ID.

But I actually love that the guy who made the beer is making fun of his own beer and the beer drinker, which shows a level of fun, brutal honesty that’s damn refreshing. Just as every chef has struggled with making the food they want versus what consumers expect and what pays the bills, it’s clear these brewers have been around long enough to know there’s a level of crowd-pleasing inherent to survival. Just don’t expect any milkshake IPAs though.