You are the owner of this article.
Edit Article Add New Article
You have permission to edit this article.
Edit
Home
News
Food & Culture
Opinion
Events
Best Of
Promotions
Multimedia
Digital Edition
Advertise
Donate
And More...
Share This
1 of 4 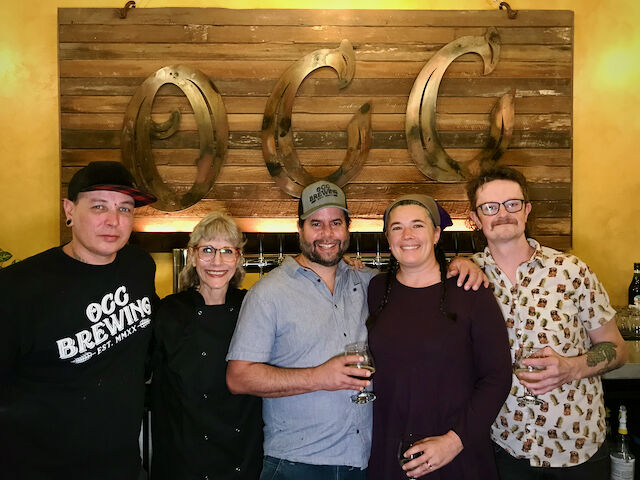 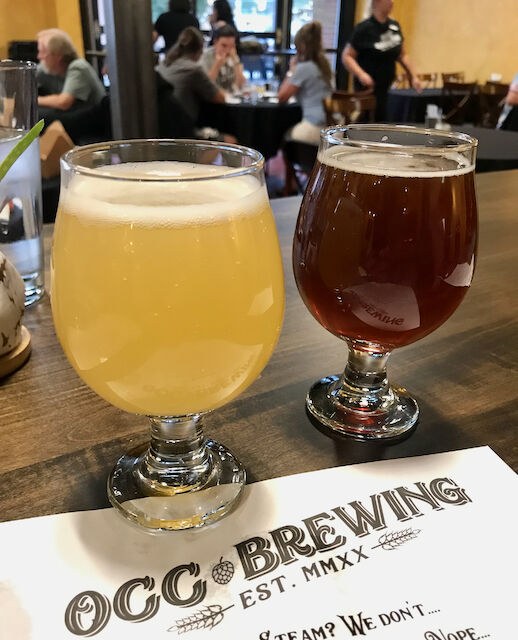 Opening collaboration beers: The West Side Spectre collab with Cerberus Brewing — a table saison "dry flowered" by 20 pounds of bee balm from Ellen's Flowers. And the Bilden Von Fussen collab with Metric Brewing — a Dusseldorf-style Altbier. 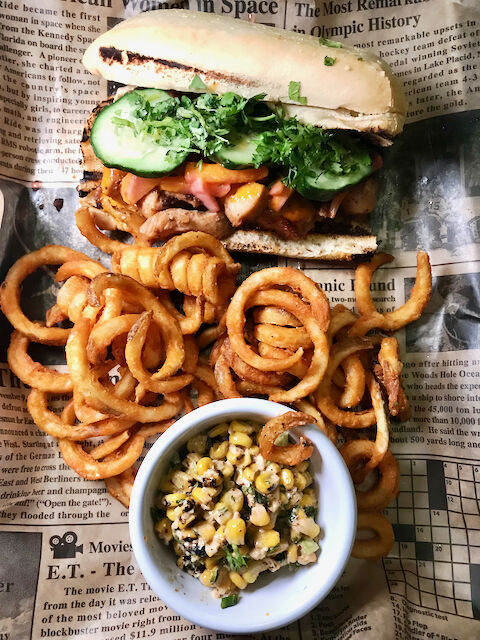 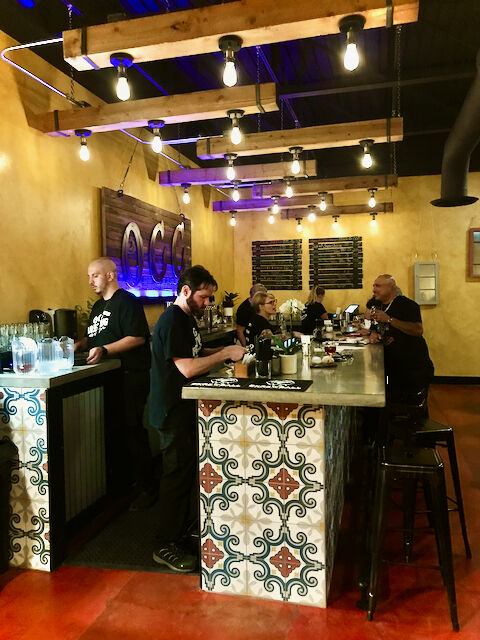 Currently 16 house taps are occupied by 14 guest beers and two collaboration beers between OCC Brewing, Metric and Cerberus. Due to setbacks finalizing the brewhouse's plumbing system, the team hasn't been able to brew in house just yet. So they opted to open with guest taps in the interim.

Recall from our earlier reporting that the venture is spearheaded by owner Dan Ramos, a beer scientist with a biology degree who spent the last eight years at Woodland Park’s Brewing Science Institute, providing technical support on fermentation to nearly 1,000 breweries nationwide.

He and his wife, Claire (who acts as OCC’s “sensory panel”), are both certified beer judges. And they’ve hired former Cerberus Brewing Co. assistant brewer Taylor Donner as head brewer. Donner holds an advanced-level Cicerone certification and did a sabbatical through Europe studying brewing in late 2019.

In addition to the beers, OCC offers a daily full food menu, which includes weekend brunch service from 9 a.m. to 1 p.m.

At a soft opening preview on Sept. 1, we got tasters of OCC Brewing's first house beers — both collaborations with other local breweries because the brew house is not yet up and running due to delays and unfinished plumbing. For the next month or so, expect most of the 16 taps to feature quality guest beers. Donner used to be the buyer for Brewer's Republic and has a keen eye for more unique brands and labels — such as Fort Collins' Purpose Brewing & Cellars via former New Belgium guru Peter Peter Bouckaert.

The current collaboration brews are: The West Side Spectre with Cerberus Brewing — a table saison "dry flowered" by 20 pounds of bee balm from Ellen's Flowers. And the Bilden Von Fussen collab with Metric Brewing — a Dusseldorf-style Altbier. The latter is a malty, crisp, faithful-to-German-style ale, clean and easy drinking. The former bursts with floral essence in the aroma and flavor, with an underlying, delightfully dry (almost no residual sugars) saison body. Both are worth a try before they disappear.

A fun-fact about the bee balm beer (aside from the abundance of local flowers hand-stripped by Donner and Cerberus head brewer Jeff Lockhart for two-plus hours): Ramos cultured its yeast from a bottle of Fantôme saison he purchased at Coaltrain. Donner, during his travels, apprenticed at the famed Wallonia, Belgium brewery and actually worked on some of the beers now available for purchase in the U.S.

So there's a somewhat sentimental, full-circle aspect to this beer for him in particular. "The culture around their beers is reverential," he says. "This is a very cool yeast strain with added local ingredients here; we wanted to make something that nobody else around here is doing." Plus, he added jokingly, his car smelled like "beautiful summertime" for two days after hauling the giant bags of flowers to the brewery. There's a rosemary-like aspect to the bee balm, almost a warming, soothing, savory herbal quality, according to his perception as we sample together.

Another upcoming collaboration OCC Brewing has announced is with Fossil Craft Beer Company. Donner and Ramos say to expect two sours brewed from the same base: one is a sage-Palisade peach and the other is a raspberry-green chile. (Marking calendar now to return for those ...)

Jumping briefly to the food menu, firstly know that OCC Brewing will soon have appropriate restaurant tables and chairs, but their furniture shipment has been delayed. (We've all heard about Covid-related supply/distribution problems, so here's more evidence.) Meanwhile they're set up with rental rounds and folding chairs to at least get butts in seats.