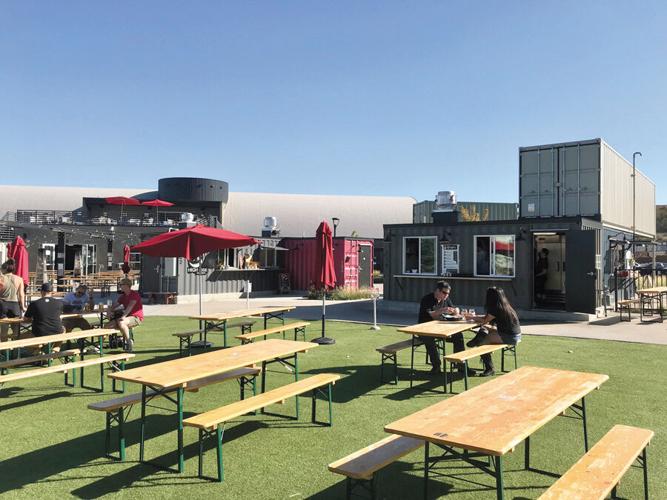 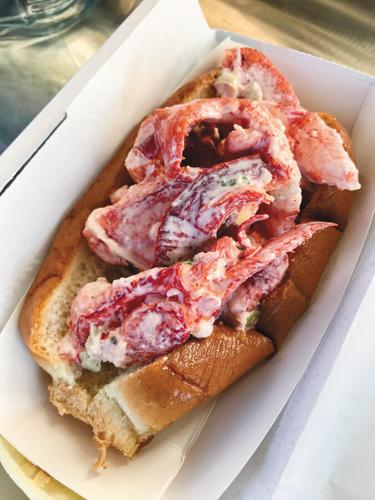 This is a review of Red Leg Brewing. Except, it’s not.

“This is the start of something bigger,” he said at the time, a year away from when the conexes would finally open. He spoke proudly of supporting small businesses, and celebrating some of the town’s beloved brands who’d be coming aboard to inhabit the containers’ kitchens.

Flash forward and we indeed have a hoppin’ scene in and outside Red Leg on any given day. Kudos, Baldwin. I drop by late one afternoon and sip a pint and enjoy music broadcast from speakers across the courtyard. I make my way through a food tour, taking ample leftovers home. So instead of relating beer-tasting notes here, I’m limiting myself to a culinary critique. Besides, Red Leg has long established itself as a steady flagship entity in town, with consistent quality.

I begin at PH Burger Bunker, an offshoot of The Public House, which not that long ago also expanded into The Alexander building. Here, owner Matt McCartan, who’s working the window this day, explains they’ve “hung our hat on our burgers” and thus limited their wider pub menu here, though they’ve added an exclusive plant-based option for our vegan pals. That’s it: just six burgers and a few sides. Simple. And damn good. The Candied Caliente, on a pillowy Harvest Moon challah bun, hits all the bliss points: sweet from jalapeño jam, fatty from applewood-smoked bacon, salty from cotija cheese, rich from a perfect med-rare Aspen Ridge Beef patty, and herbaceous from cilantro microgreens.

Next, to High Rise Pizza Kitchen, otherwise based at Delmonico Drive and Rockrimmon Boulevard, and dating back to an August 2021 launch in the former Colorado Crust location. Chef Ben Hoffer set the standards and then stepped out, handing oversight to Betsy Oliver, owner of long-standing Oliver’s Delicatessen, also located at Delmonico Square and also one of the conexes here. High Rise’s rightful claim to fame is phenomenal crust with an audible cracker crunch and satisfying chew, thanks to a two-day sourdough ferment. Slices are $5, with rotating toppings listed on a sandwich board. I pick a Biergarten and the Down the Hatch. The first tastes tomato-base tart and amply vegetal with spinach, onions and roasted red bell peppers. The second wows me with huge garlic essence in a creamy sauce with bacon flavor and earthy heat from green chiles.

On to Oliver’s Deli, with another condensed menu of favorites from home base, where they make a lot of products in-house but otherwise procure quality items, like the components for my Pikes Peak Dip, your staple roast beef French Dip served with a side of sodium-rich au jus. I select a Pepper Jack cheese melted into the core for a spicier edge that makes the whole affair pretty delightful and filling, on a lightly toasted, ideally spongy roll. I also get a latte, made with Serranos’ Monument Hill Blend, a light/dark-roast mix for a medium finish. I order it with oat milk and a half-serving of a commendable homemade pumpkin syrup — not too sweet, made with pumpkin purée, ginger, nutmeg, clove and cinnamon. Somewhere between the edges of the dark roast’s toastiness and the robust pumpkin-spice flavor, I perceive pumpkin pie crust, enjoying imagining it.

Then to Chef Bob’s Lobstah Trap, launched as a food truck five years ago, expanded to a Barnes Road sit-down spot, and now grown to this offshoot, which manages to still offer a lot of the core menu. For me, there’s really no choice but the Traditional Lobster Roll, a whole lobster’s equivalent of meat mixed with lemon juice and zest, mayo and celery and seasoning salt, on a buttery New England Roll. Yes, it’s a painful market price $24.76 pre-tax and -tip on my receipt, but there’s just no equivalent; the real deal you’d get in Boston restaurants. It’s light, lovely, a splurge. You can do it.

And while you’re at it, don’t forget the Sasquatch Cookies, another 5-year-old local stalwart (it’s a texture and flavor thing) that has joined the Red Leg complex. Get the classics like the lavish double chocolate or salt-spiked peanut butter (which I do), make an ice cream sandwich (which I don’t), or nab the weekly iced flavor, this day a Cherry Garcia with a thick chocolate buttercream and cherry flecks, syrup and extract; too sweet for me but I clearly see the appeal for others. 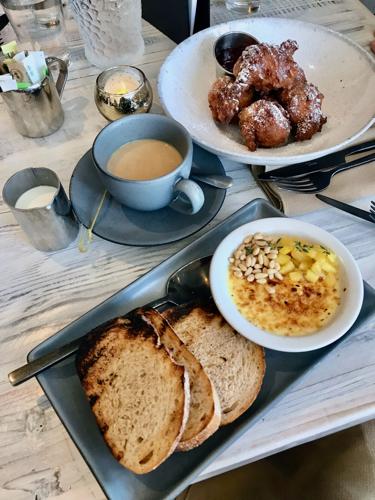 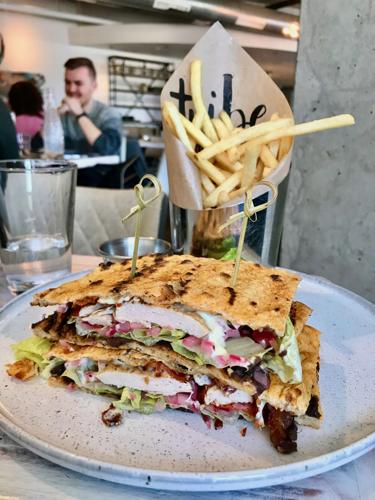 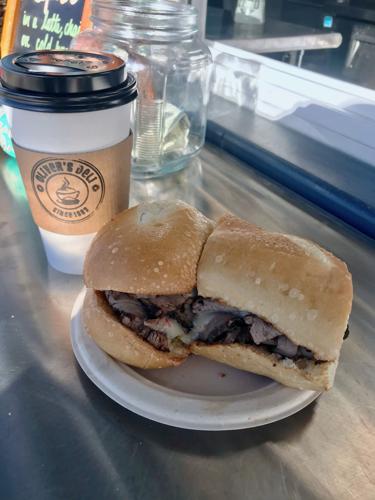 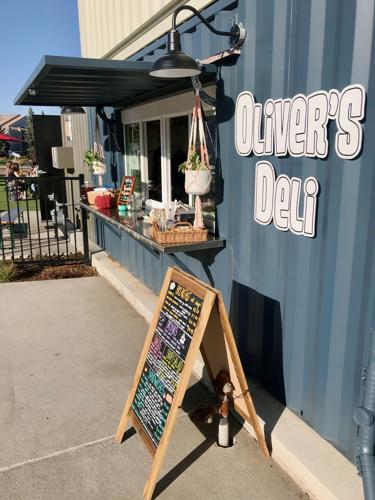 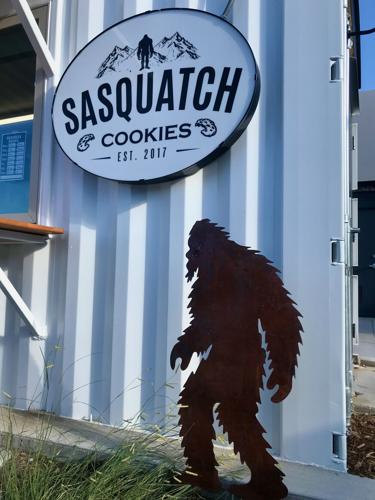 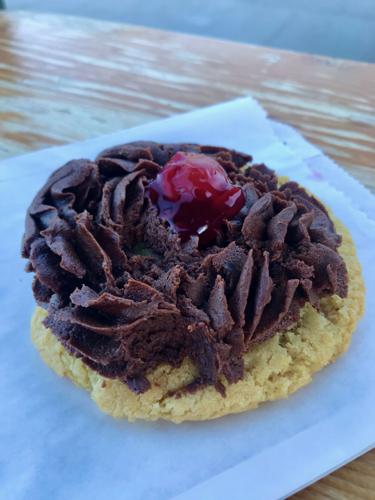 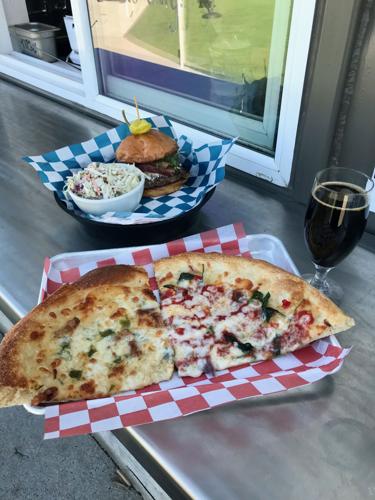 All in all, what a haul. A choose-your-own-adventure food offering from Red Leg. Just the hits, no misses.