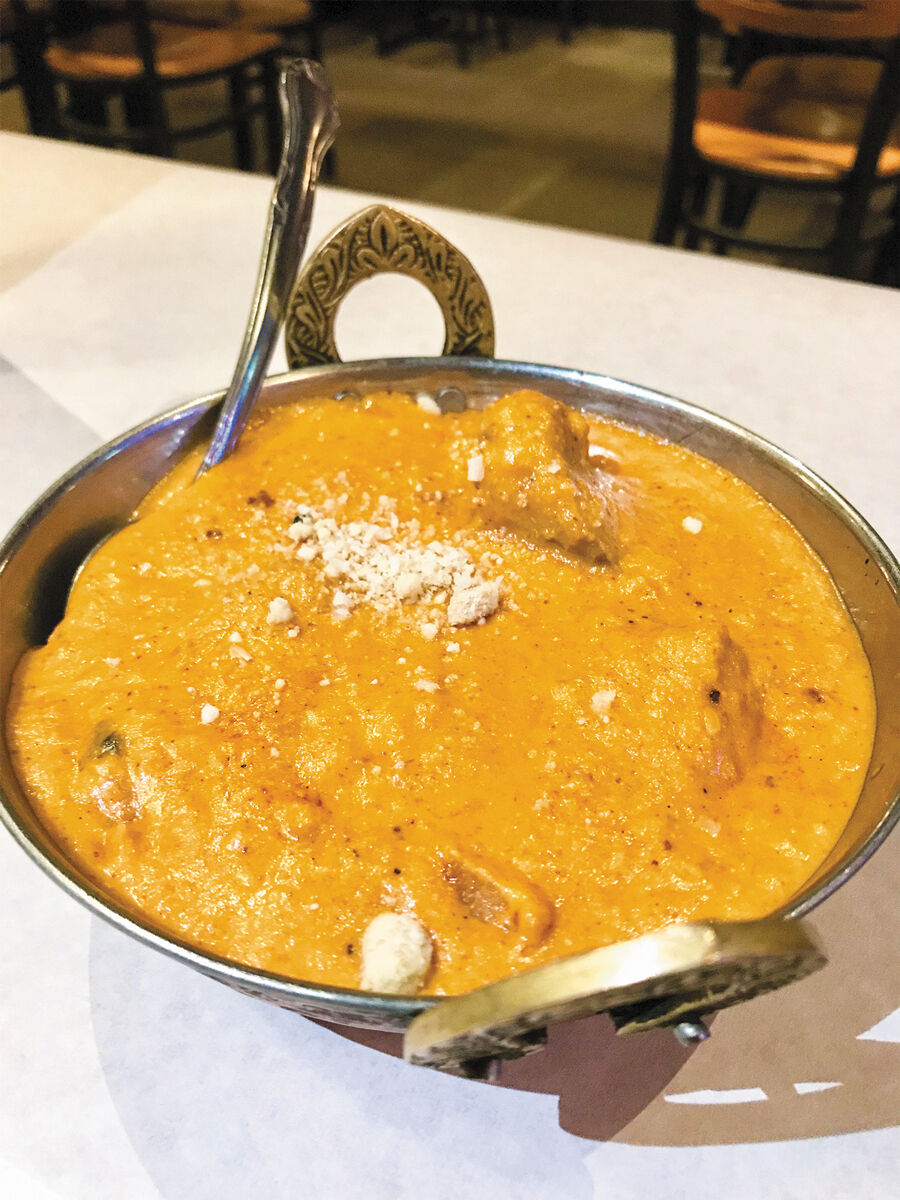 We find no fault in Chef Vijay Vhandari’s layers of comforting flavors. 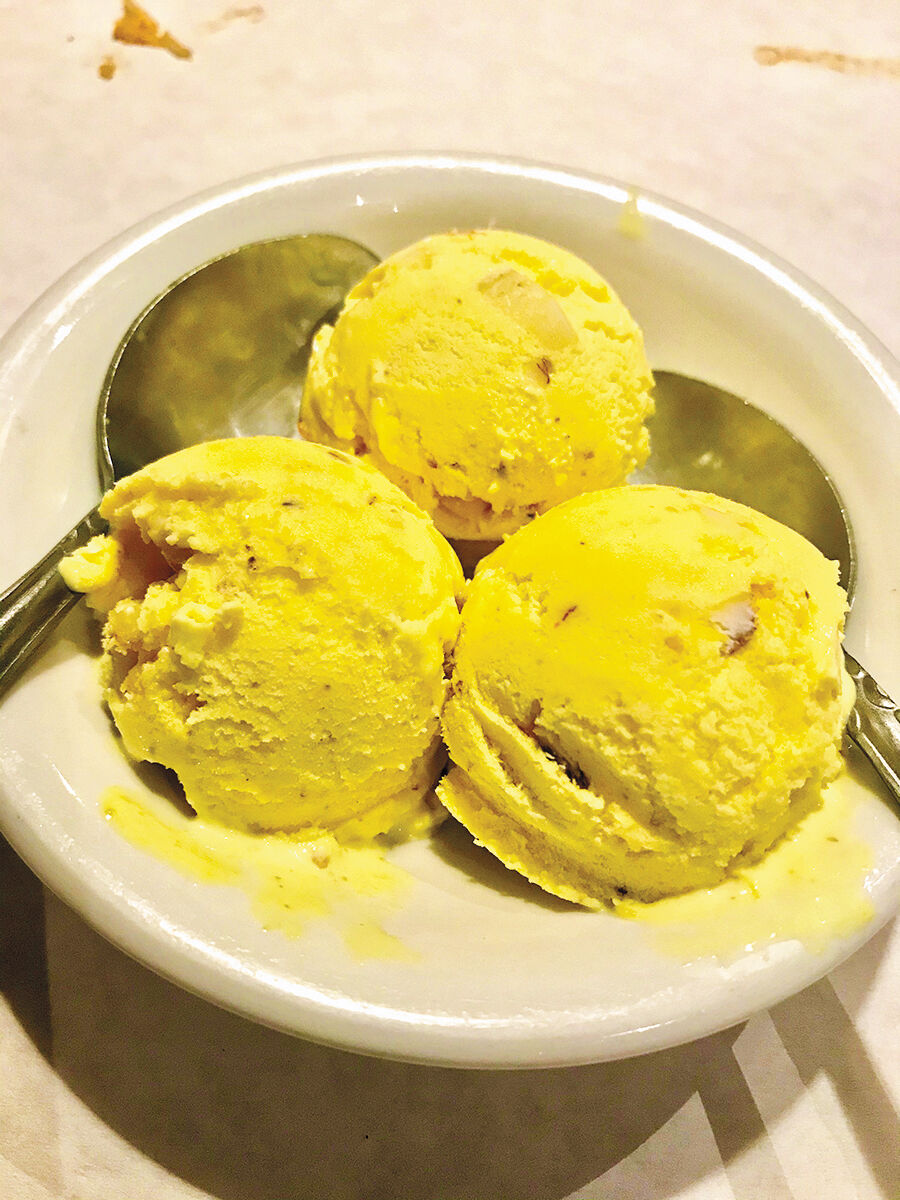 It’s rare to find food this spectacular in a town of around 4,000 people. But here we are at 3-year-old Turmeric Indian & Nepalese Restaurant in Florence, just outside Cañon City, and I’m awash in vibrant, almost hypnotic spices that are warming me to the core. I immediately taste that something’s different and special here, putting it in a league of its own in the entire region, C. Springs included. But what’s that difference? What exactly is going on? And who in the hell is in the kitchen making this magic happen?

So many questions. Good thing we have cocktails in hand as I prod GM and co-owner Pawan Khatri Chettri, who’s also serving us. As we’re talking, a random local drops in for pickup and calls him “Paul.” I say “I thought it was “Pawan.” Smiling behind his mask I’m sure, he says, “It is, but that guy calls me Paul.” And I realize that’s just how gracious he is, not wanting to correct a regular customer should it embarrass him, so he just politely responds to “Paul.”

That’s a trifle, I know, but it confirms my suspicion that Chettri and his business partner Vijay Vhandari — also the chef and Chettri’s brother-in-law — are operating at a professional level well above the typical standards of a tiny, high-desert mountain town near a cluster of prisons. Turns out, yes, the two formerly operated a spot in Aurora called Kathmandu Kitchen for six years, and Vhandari went from culinary school to working in a five-star hotel kitchen in New Delhi named Le Méridien before their families moved to the States. So yeah, think of Broadmoor-quality food… in freakin’ Florence.

Vhandari imports and blends his own spices, and the small-ish menu features a page that explains Ayurvedic cooking principles, noting health aspects of a dozen primary ingredients like fennel, cinnamon, clove and coriander. Chettri’s wife is a nurse and devoted vegan (hence many vegan menu options, including dairy-free naan), and he says she’s concerned about so many young people getting sick from the junk foods they’re eating: “We really do care and we understand what foods do to human beings, we get it,” he says, noting they also “cook with love.”

I’ve probably heard that phrase a hundred times while interviewing chefs over the years, but I believe I can always tell when someone’s genuine when saying it. Chettri is. And even if he weren’t, Turmeric’s food tells its own beautiful story clearly. To oversimplify it, just know there’s a significant difference between Northern Indian-style cooking, bordering Nepal, and Southern-style renditions that tend to be more common in the American marketplace. That may not be surprising given the size of India (think comparing Louisiana cuisine to Maine or Chicago), but I don’t think the average American really considers that when going out for Indian food. When you discover the North, you’ll know — as a friend confirmed when he told me about his favorite spot in Kansas City that he said stood out from everything else in town. (I’m taking him back to Turmeric soon, a visit he’s greatly anticipating.)

Chettri calls Northern-style more traditional and spice-forward, and I begin to understand how Vhandari coaxes more from his spices than an average cook when Chettri describes the prep for our lamb korma. It doesn’t come together as a single constructed sauce, but three separate sauces — tomato, onion and “spice” — that coalesce with puréed cashews, almonds and pumpkin seeds and sweetening golden raisins to counter the lamb’s gaminess. Great chefs layer their flavors, and in this case treat components delicately to maximize each contribution before they all fuse into a complex “gravy.” The korma, served in a heavy copper pot with a side of aromatic rice, feels rich and thick, nutrient-dense for a portion that appears small but quickly fills one up. (We’re more than happy for $17.)

The Hearty Healing Soup we start with on one visit tastes unlike any chicken soup I’ve had, also thick, and a little oily (I like flavorful fat vs. surface-skimmed soups). Minced chicken bits are floated in a medium-spicy broth with ample cilantro as a welcome, dominating herbal note, and we’re reminded of tortilla soup in a non-corn, non-Mexican way, as if it’d been co-opted by India.

Chicken Jwano is an outstanding dish featuring another medicinal herb called ajwain, which tastes bitter on its own but comes off as quite oregano-like fused into this Kathmandu onion sauce that we order at a delightfully smoldering “hot” level. (Chettri says the dish traditionally is fed to mothers after giving birth for faster healing and other benefits; we notably feel a warming sensation from our solar plexus to chest that lingers on our drive home.)

Turmeric’s Baigan Bharta rendition highlights peas along with the core eggplant, tandoori oven-roasted and mashed into an intoxicating, ginger-strong medley with yet another dynamic spice blend. Our favorite dish of all though proves to be Turmeric’s Dal Makhani, black lentils also cooked with ginger, but turmeric too, plus garlic that plays off the redundancy of our extra-garlicky garlic naan bread, maybe the best I’ve eaten anywhere. This is a stairway to heaven pairing, and I can’t fully explain why we think it’d make a perfect breakfast item as well; it’s like there’s an essence of biscuits and gravy somehow in the mix, which makes no sense as I type it. But in moments of culinary ecstasy like this, I just go with it.

The other necessary pairing as we see it are those “Turmeric style” cocktails, which fashionably sneak Indian spices into common drinks. The sweet Indian Mojito tastes the most subtle, with classic mint, lime and soda water spiked with tropics-evoking coconut rum and a custom blend of spices that appears faintly in the finish. The Bagbazar Old Fashioned steps up the spicing a notch with a

“Bagbazar spice syrup” (steeped in spices for days) that plays off the Rittenhouse Rye whiskey spice with bitters and lemon zest gifting aromatics and citrus balance. And once again our favorite last: the Nepali-Rita mimics a margarita based by Olmeca Altos Reposado for a little oak age, treated minimally with lime juice and a simple syrup infused with around 20 spices, says Chettri. Tequila never had it so good.

Even Turmeric’s chai tea stands out with its “energizing spices” in warmed milk, and their mango lassi tastes true to the fruit with a big probiotic yogurt nose that leads the freshness. I’d love to say we found a flaw in something before we departed our second visit, for believability in criticism, but the most I can muster is how they don’t make, but buy their pistachio kulfi (Indian-style ice cream) for one of the dessert options. Problem is it’s such a well-curated treat that holds elements as interesting as Vhandari’s own fare. We’re expecting a green cream but instead receive a bright yellow ice cream colored by saffron, which also infuses the flavor, playing off the nutty pistachio bits.

What a sweet ending to an entirely surprising find: a five-star-level Indian eatery (minus the pomp, though paper lanterns and Himalayan landscape art are elegant) in a small town that may or may not understand just how unusual and special this restaurant is to be in this league and located here. A Denver friend in the medical community retired to Florence, loves it, and lured Chettri and Vhandari away from the big city. That answers my nagging “why” question, and I learn that the two men still commute once a week to the Denver area where their families live, working six-day stints here otherwise. Dedication: That answers the “how.” And I shouldn’t be surprised coming from a person sensitive enough to not correct a longtime customer who doesn’t know his proper name. He obviously knows good food, and that’s what’s most important.