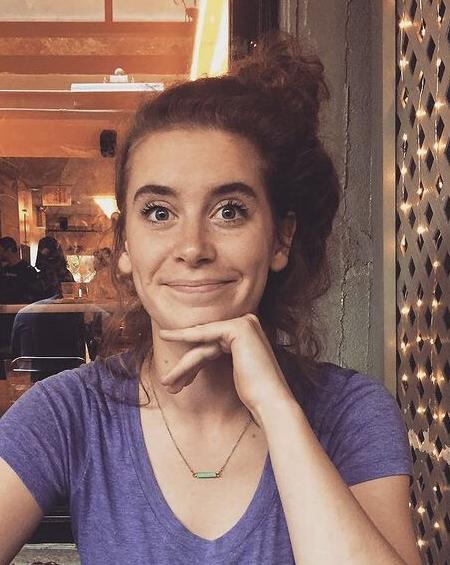 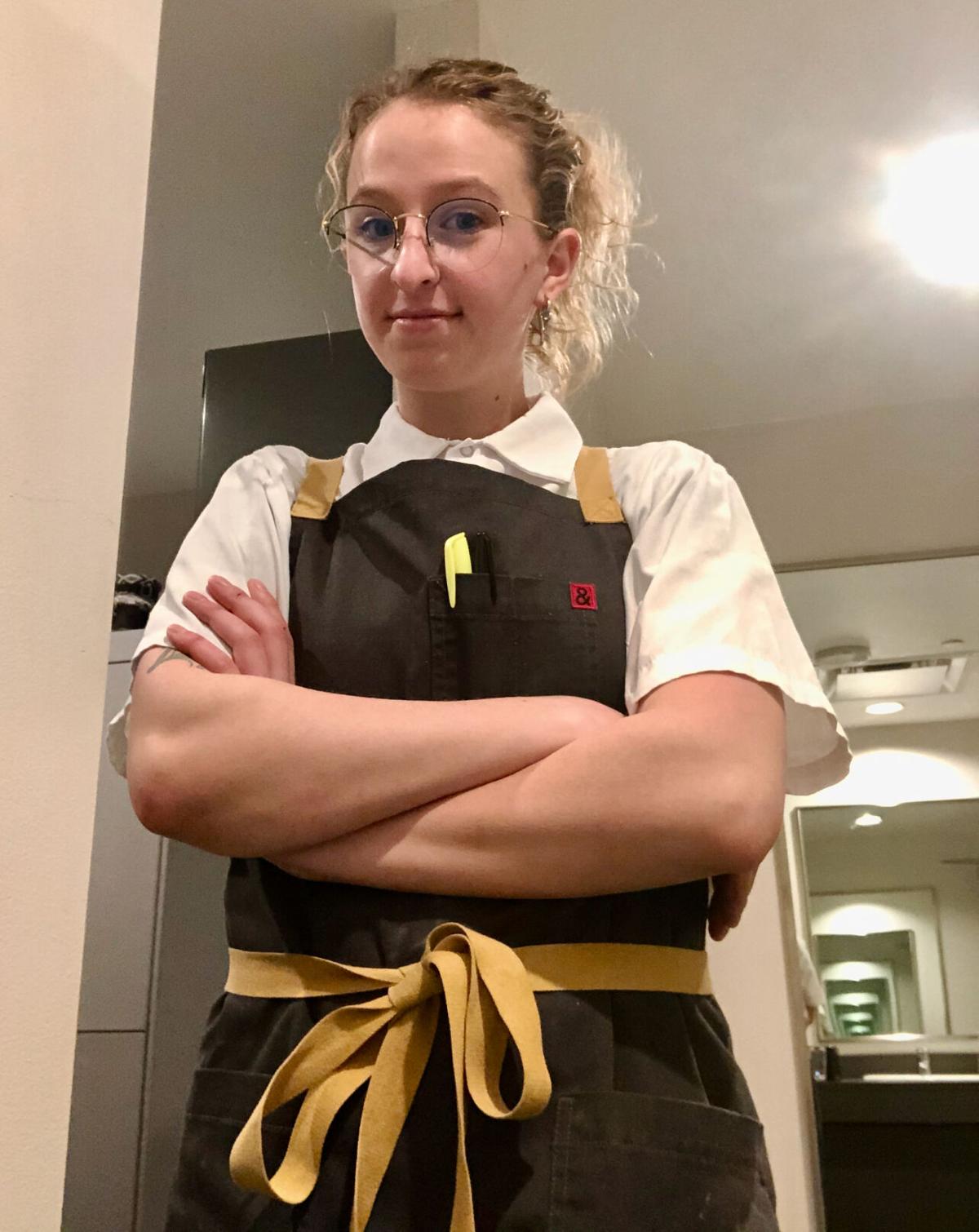 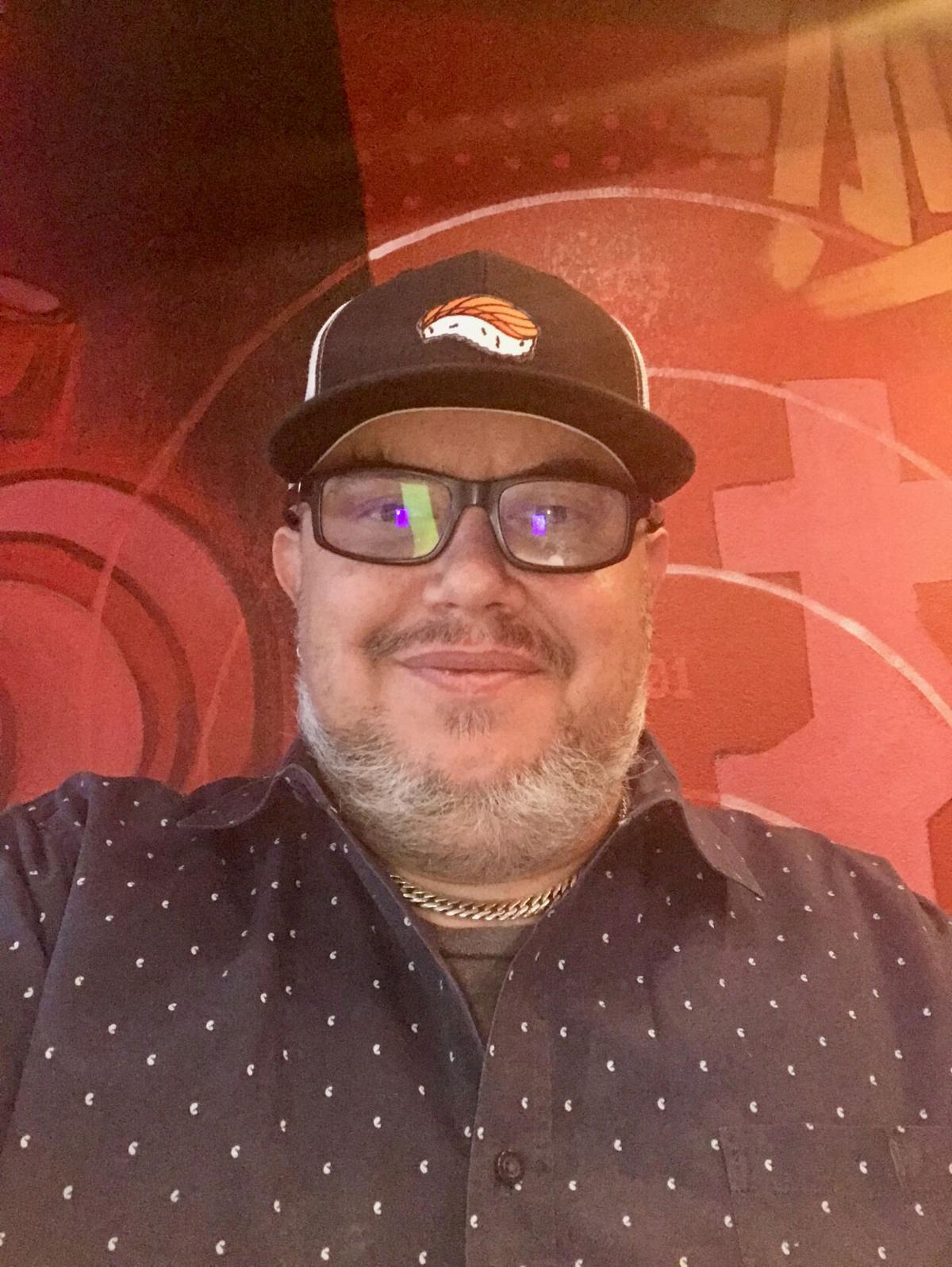 The setup is simple: I recently learned of a few local chefs who'd battled COVID sometime in the past year and I wanted to hear from them about what it's like to lose the senses of taste and smell as people whose jobs are literally reliant on those senses.

I emailed each of them — Hannah Cupples, Nora Dillon and James Davis — the same set of questions for them to fill out in between shifts. I asked them to describe everything from their symptoms to how they managed to compensate on the job and I invited them to share anecdotes that illustrate the challenges they have faced.

Rather than present their answers in a dry, Q&A format, I've elected to edit them into more of a single, long-quote style — to try and let them speak as if they were talking to you directly, telling a story over a drink, perhaps. I've only minimally cued certain responses with questions where necessary for context.

Hannah Cupples is the owner of For Chef's Sake private culinary services, specializing in tasting menu-style dinners and meal prep for those who have heavy dietary restrictions or are immunocompromised. (@chefcupples on Instagram):

I got Covid in November of 2020. My boyfriend got it first, and I actually tested negative for it three times in a row, but was out of work regardless due to him having it and living with me. What was bizarre is that I didn't experience any real symptoms besides the loss of senses and some fatigue, which I am very grateful for.

[I first realized I'd lost my sense of taste and smell] on Thanksgiving Day. I had prepped a whole holiday meal for my boyfriend and I two days prior. We sat down to eat and I took a bite of the cranberry sauce I had made and immediately dropped it out of my mouth because all I could taste was bitterness. It was shocking, to say the least. I had cooked everything myself and now it all tasted different and muted.

By the time I had lost my smell and taste, I was actually cleared to return to work by my Doctor. I had a private dinner later that week, and I was trying to prep. Luckily enough, I was able to cook a lot on reflex for most things. The biggest challenge was a soup that needed to be made. It was a Roasted Pumpkin Cream soup that had dried chiles and espresso in it, so balancing those flavors was crucial. I kept trying to smell or taste anything about it and ended up breaking down in tears in the kitchen out of pure frustration. I was in a commissary kitchen at the time, so I ended up calling a friend to come be my tastebuds.

I didn't have any smell for about a month, and it came back very gradually after that. I still wouldn't say that it's back to how it was, because I still constantly notice things that I should be able to smell but I don't. It's little things that I don't think the average person would notice but, as a Chef, it's almost debilitating.

I notice how much I took my nose for granted. I've always had a super sensitive sense of smell, even for a Chef, so losing it was something I'd never imagined could have happened. I constantly miss little nuances in smells that I used to notice constantly. Not even food smells, but everyday things.

There were too many 'oh fuck' moments for me to even think of. I remember having a particularly melodramatic meltdown comparing it to that scene in Spiderman where he loses his super-powers — and being like 'WHO AM I?!'

[The first thing I remember tasting again] was I was drinking a cup of coffee and was like, 'Ah, gross, this coffee tastes like shit,' and then me and my boyfriend both looked at each other, excited to realize that I could taste anything.

I think this is one of those things that people really underestimated in the heat of everything. So many people were downplaying the cases with milder symptoms, acting like it was no big deal because of the lower chances of getting seriously ill, when in reality, COVID doesn't have to send you to the hospital to make a serious impact. A lot of industry people really struggled with losing their senses. My boyfriend had migraines for two months afterwards. It shouldn't have to be life-threatening to be taken seriously.

Having covid was probably the worst and most difficult time I’ve been through. Between losing my job twice in a year, not being able to get unemployment, and losing my taste and smell for almost a year now…yeah, fuck COVID.

I got COVID in November of 2020. My boyfriend started feeling symptoms maybe a day or two before me so we both went to get tested for the first time. I think it was the same day we got tested that I came home and was washing my hands is the bathroom sink and thought 'I can’t smell the soap.' That’s when I started smelling and tasting things all over the house, and nothing. I literally couldn’t taste/smell anything. I felt tired and lethargic. I remember taking clothes out of the washing machine that day to put in the dryer and needing to sit down half way through because it wore me out so bad. A couple of days later, which happened to be Thanksgiving, we got our positive results. That meant no family, no turkey and no pumpkin pie.

The taste and smell thing was crazy. I had heard people talking about it before and couldn’t really understand how that’s totally possible. But damn, I mean I literally could not taste or smell anything! Zip. Zero. Zilch. One night my boyfriend and I started tasting hot sauces. He’s a hot sauce addict so we have 15-20 bottles around at all times. There’s this show called Hot Ones where celebrities taste multiple hot sauces and see how far they can get. The last hot sauce is always “last dab.” I mean this shit is hot. I can usually handle about the tip of a toothpick. Anyways, so we’re tasting the hot sauces and he takes out the last dab. I was eating it by the spoonful! Yeah it burned my eyes a bit but I couldn’t taste it! The only thing I was able to pick out from food was saltiness and sweetness. No flavor. So I found myself craving salty foods and foods with texture. Chips, crackers, popcorn, etc.

Ephemera finally reopened in January (we were shut down for nearly two months) and that meant a whole new menu and getting back to the grind. I was super nervous because of the taste/smell debacle. So [chefs] Ian [Dedrickson] and Adam [Ridens] helped me a ton. They tasted everything I handed them and were very patient. I just didn’t think it would last this long. It has been almost a year and my senses just aren’t the same. Certain foods just don’t taste the same, they’re diluted. And other foods I used to love just taste awful!

I’ve been pretty depressed. Food brings me the most joy, and to not be able to enjoy food to the fullest has been really tough. Will it ever come back? I’m really not sure. And I know I’m not the only one feeling this way. I’m just selfish because it affects my career, my everyday life, and my confidence in the kitchen. It’s horseshit. But, regardless of my pity rant, it is starting to come back. Slowly but surely I’m noticing new flavors and smells coming back. Thank goodness. And of course I’m feeling gratitude!

The strangest thing with my smell senses is that a lot of fragrances I used to love I now hate. Everyone chooses a perfume because it smells good to them, right? Well my absolute favorite perfume smells rancid and so do my shampoos and conditioners. It’s so weird. I’m not sure what that’s about. To those of you that understand what this feels like, hang in there! And continue to enjoy the foods you love and support restaurants. This industry was sent through the ringer last year, but the support of the community has made me never think twice about leaving my career despite losing my taste/smell.

Eighteen months ago, [Chiba Bar owner] Michael Carsten and I both got COVID. I lost my palate and smell for four days. Then, six months ago, I got it again, right after the Johnson & Johnson shot they gave industry workers at the Antlers Hotel. My current state [of long-haul symptoms] has been going on for six months plus.

The first and second time included lots of bed rest (horizontal), much lethargy, and also a fogginess in the head, like searching for words that would previously have rolled off my tongue. Of course I worry if it will return — my energy, smell and taste and synapses firing.

I did consider at one point in time if I should put my culinary knowledge into a different application. I thought about maybe being a nutritionist.

Then I had a talk with Michael. I did my best to surround myself with fellow culinarians and past friends who I trusted. Even in the Blue Star days I had to learn empowerment. This situation proved that I needed to improve upon that skill. I didn’t give up and just continue to figure the role I could play. I took on a different role (basically a fluffer, but that’s dirty … but that’s kinda the mentality, so that everyone is set up for success).

The main drawbacks are just the simple fact that I don’t have the pride and gumption to run specials — but then again the [sushi-grade fish] imports from Asia have their similar drawbacks with availability and increased prices these days.

I am trusting the Back of the House staff more day by day. I just flew some Hawaiian tuna in this week for them. I don’t want Chiba Bar to get stagnant because of my lethargic approach. I’ve been doing more of the grocery shopping, to give myself a sense of ownership in lieu of my time off the line cooking.

I only wanted to bang my fist on the counter twice since my second round of COVID. And that’s because I was frustrated that I didn’t have my fine tuning of palate available for my staff (or ME).

[One of the first things I remember smelling again, a sign of improvement] was when I was in Georgia three months ago. I did find that gardenias still permeate my olfactory.