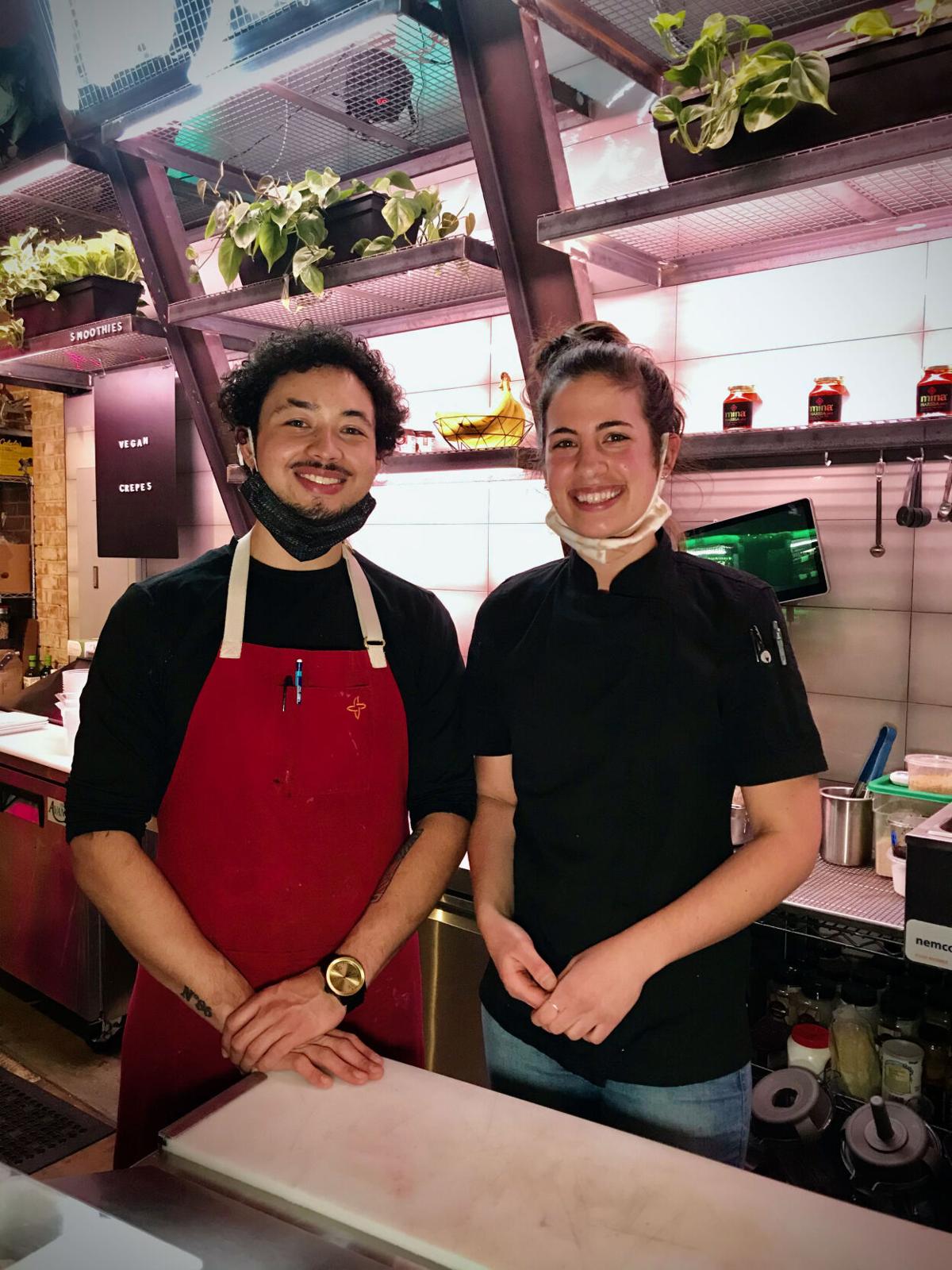 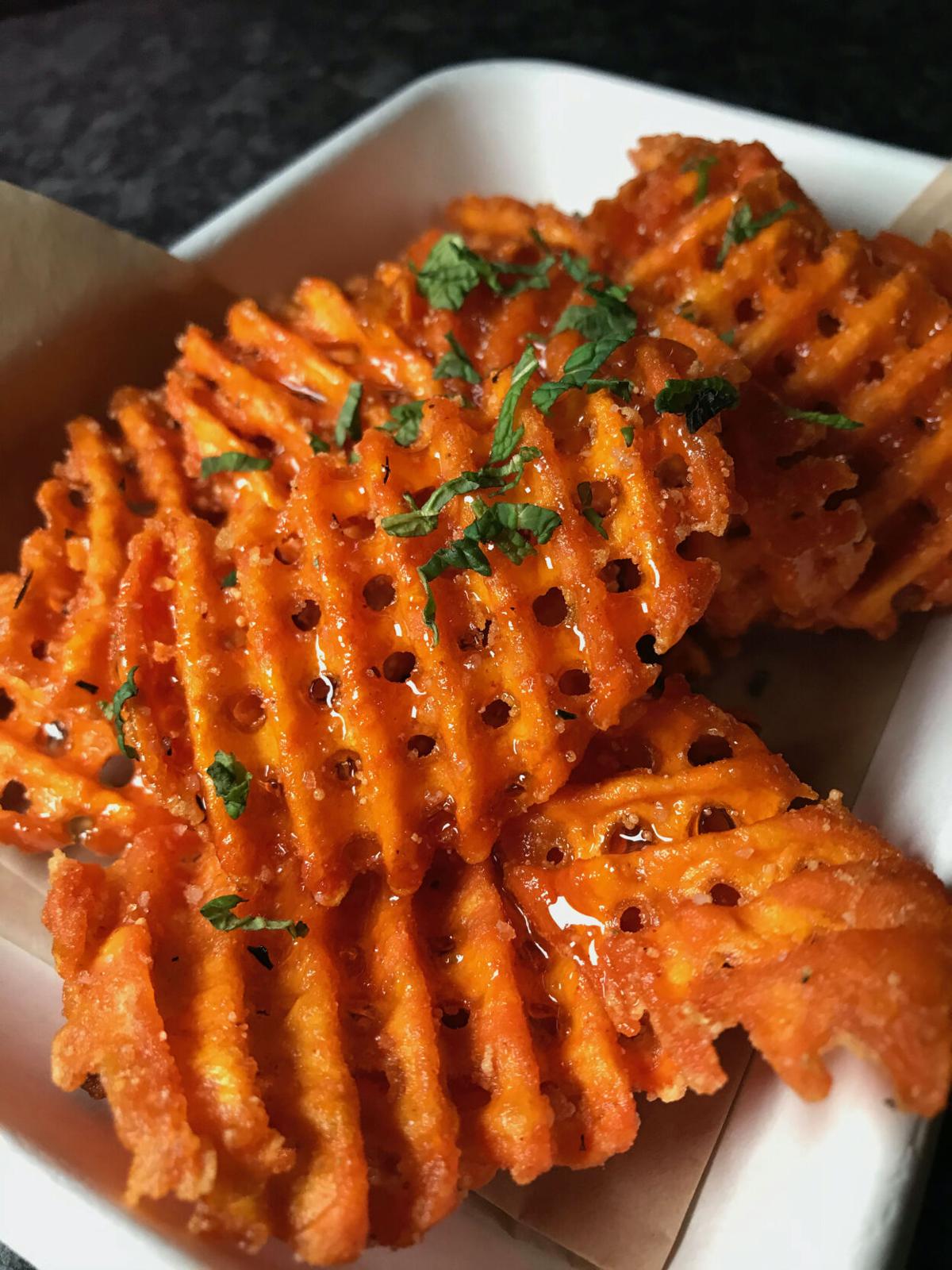 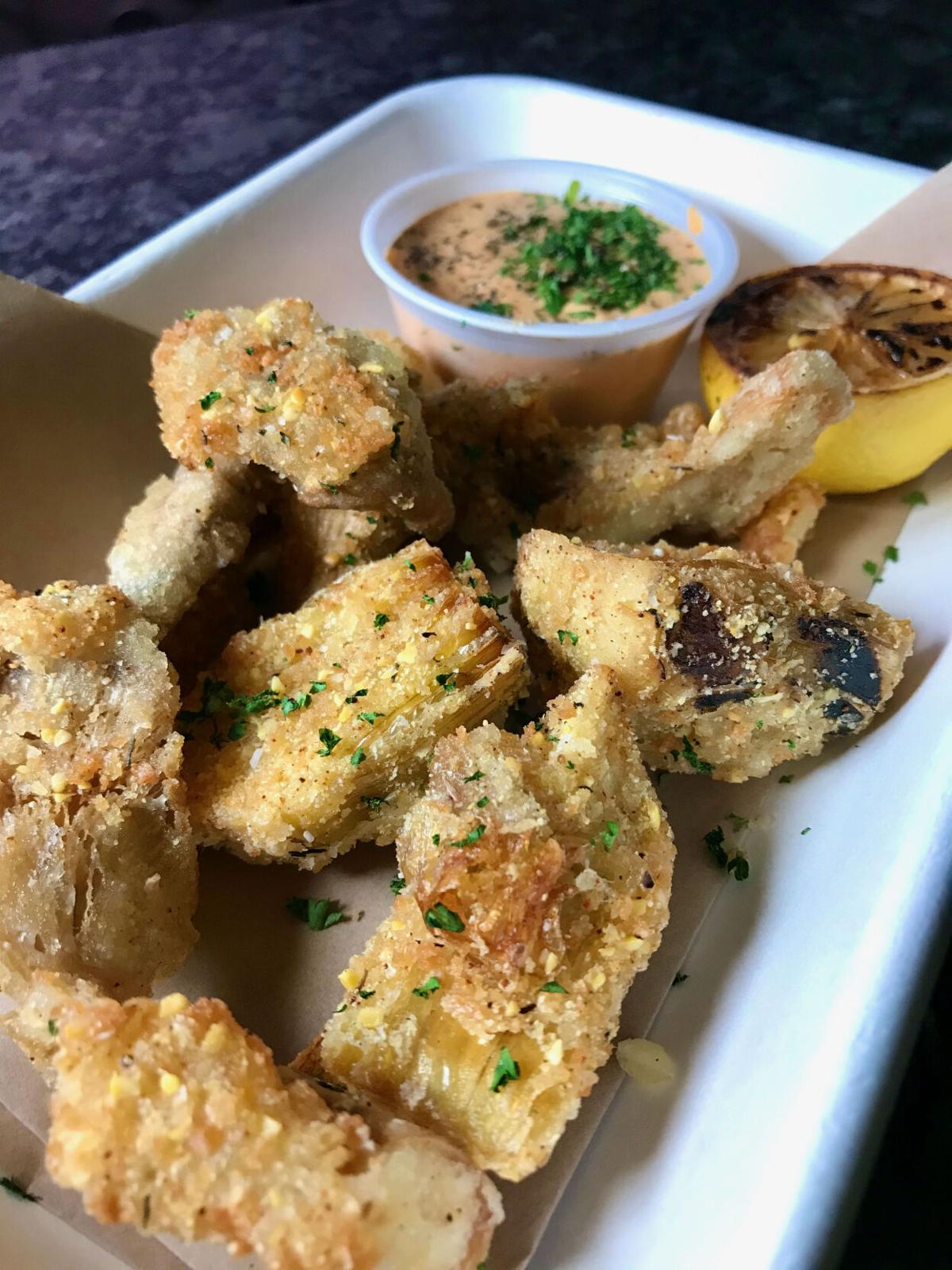 Local oyster mushrooms and artichokes are panko-cornmeal crusted and amazingly crunchy even after sitting around a bit as we talk, dipped in a bright smoked paprika cashew sauce. 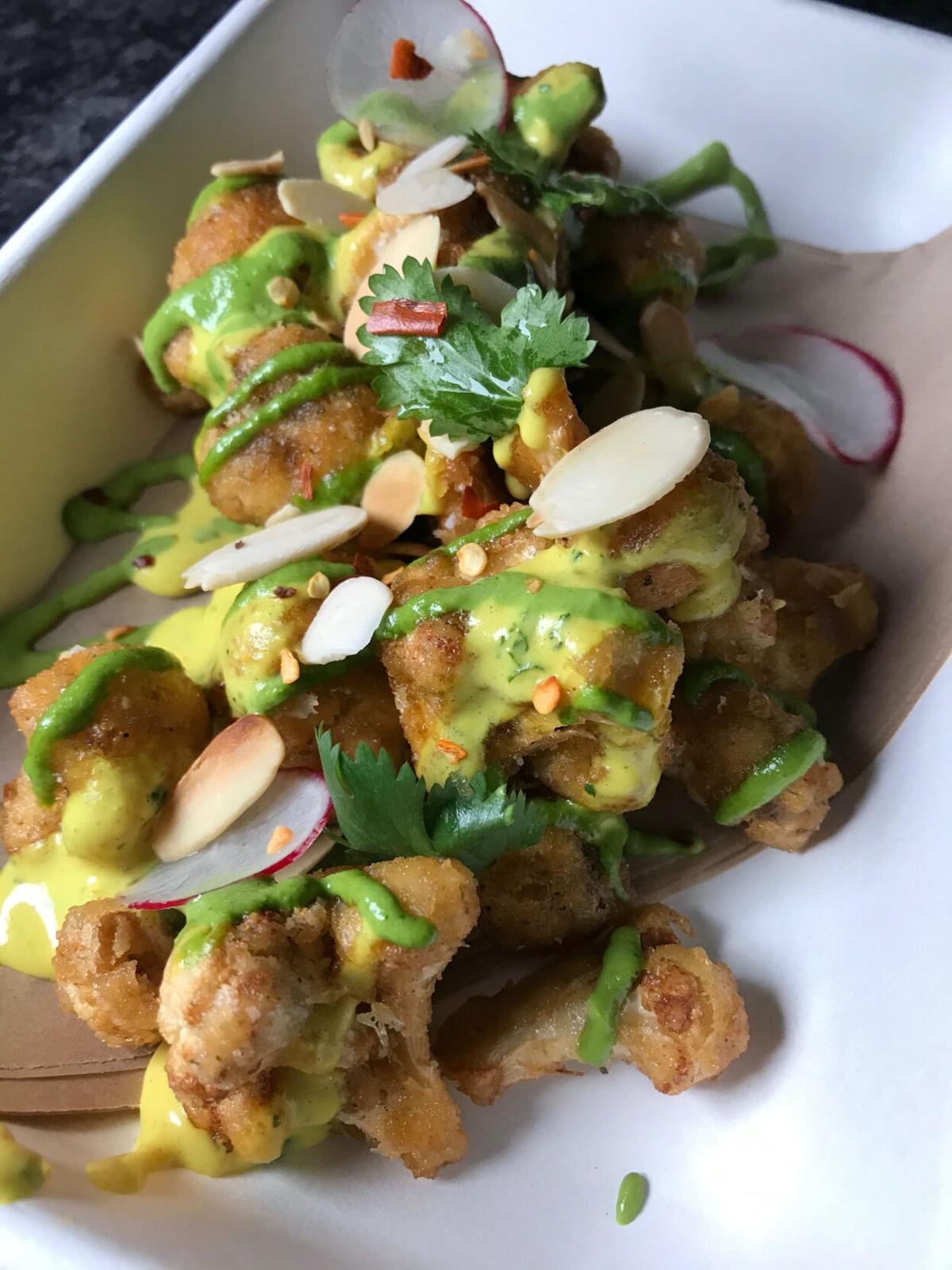 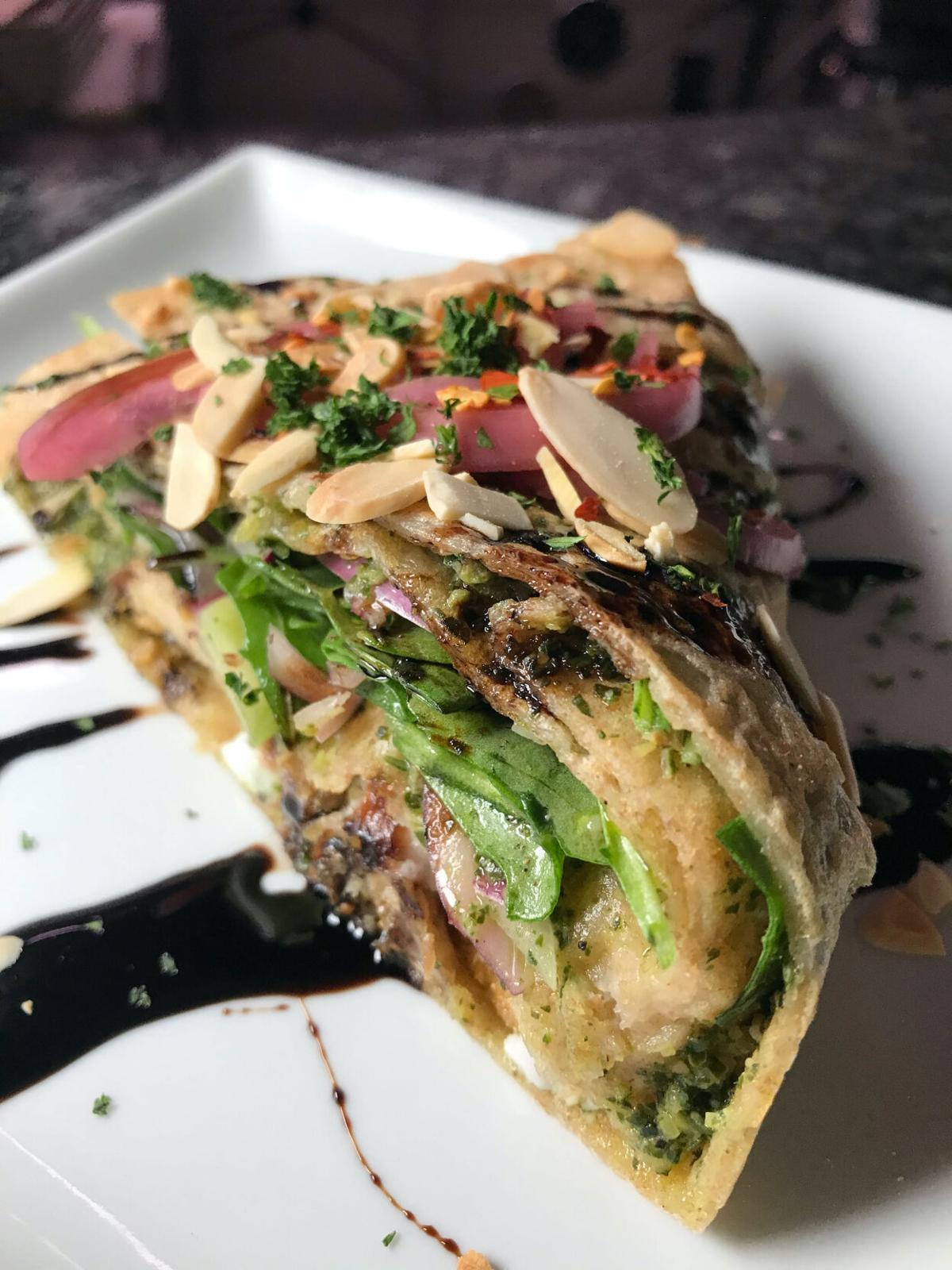 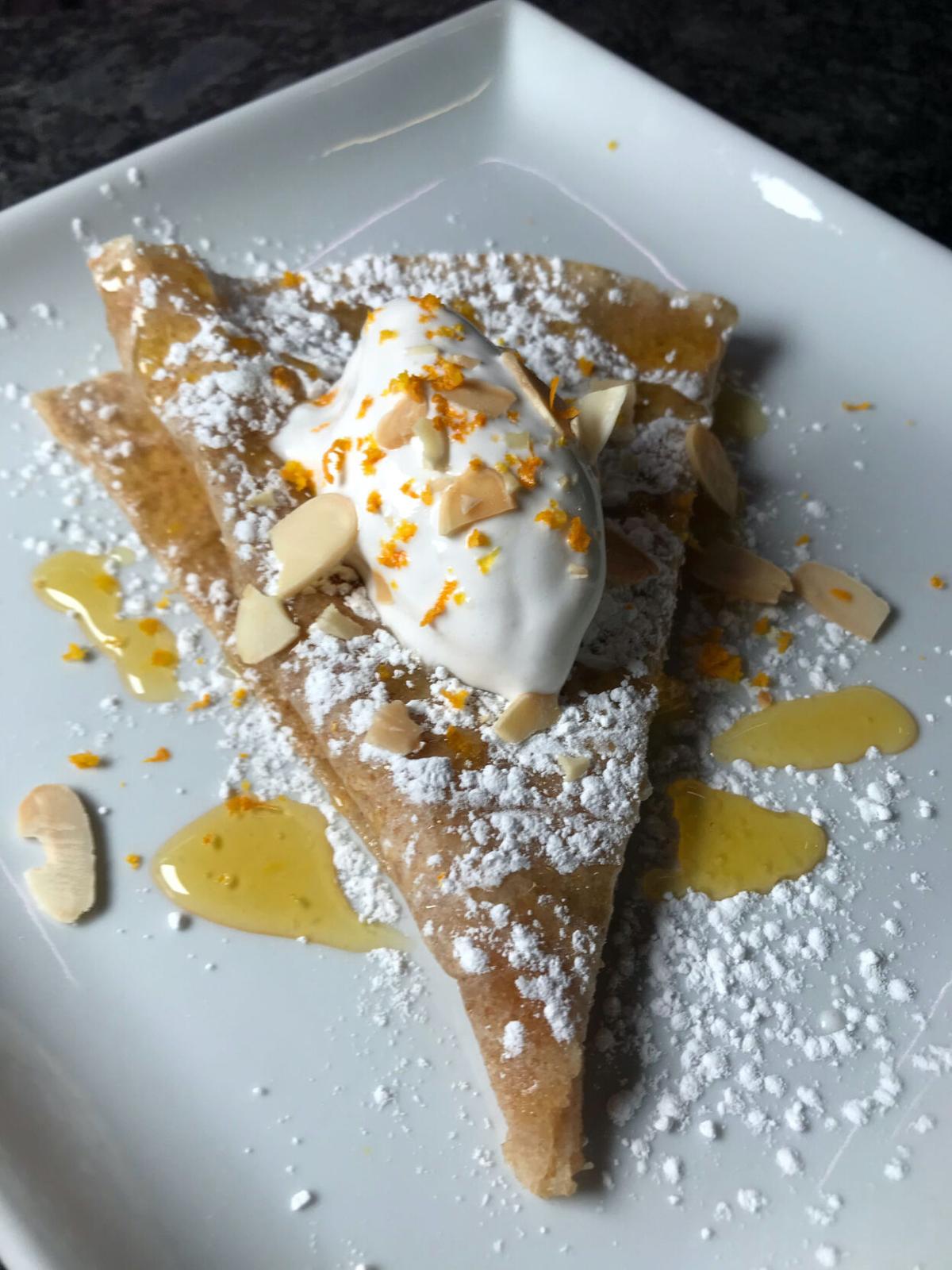 Sweet crepes include The Burst, a play on a French lemon tart. It's made with grapefruit, lemon and orange juices caramelized onto the crepe with turbinado sugar. Coconut milk whipped cream garnishes with powdered sugar. It tastes almost like an orange dreamsicle.

Two Suns inside COATI (coatiuprise.com/two-suns) will release a revamped menu March 1, reflective of some early lessons learned about what’s (not) selling during evening hours inside the food hall.

Initially, chefs Lina Flefel and Kalen Janifer are coming over from their most recent posting at Switchback Coffee Roasters — he’s cooked in fine dining in Denver and she’s Le Cordon Bleu Paris-trained with experience in Washington D.C. and beyond.

After much trial-and-error, Janifer has mastered a whole wheat vegan crepe (courtesy some cognac and corn starch) and the two have designed a vibrant list of crepes and appetizers.

We attended a sneak peek on February 24 and were roundly impressed by the flavors on display and all the plant-based touches that felt invisible (in terms of not missing anything as omnivores). Here's a visual play-by-play: