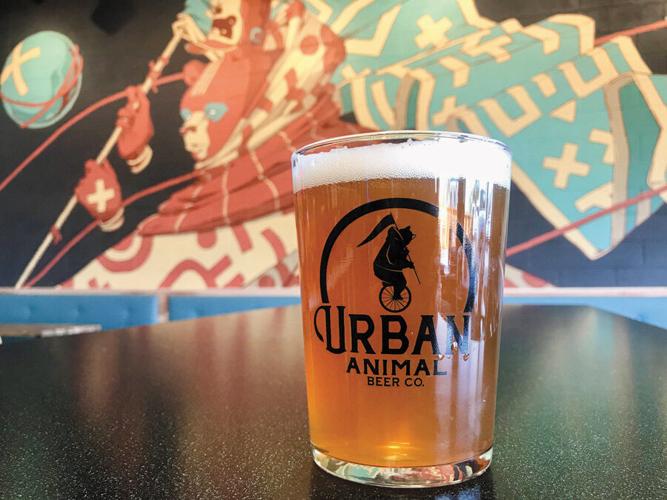 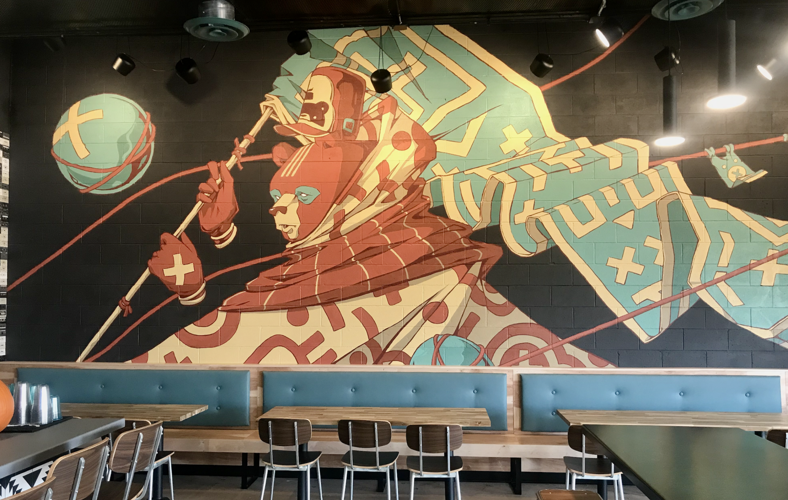 See my June 8, 2022, Side Dish column for Urban Animal’s backstory, but if there’s one key detail to know it’s that Mike Centanne is the brewer and co-owner behind it. He co-founded Iron Bird Brewing in 2014, then Metric Brewing in 2018, then bounced to brewing larger-scale for Pikes Peak Brewing Co. before starting this venture recently with business partner Mandy Bradigan. In other words, look past the animal imagery — including perhaps my favorite mural in town now: a badass bear graphic that adorns a wall and Crowler cans — and you’ll see it’s not Centanne’s first rodeo. Meaning the brewhouse is opening strong.

There’s seven house taps flowing by the time of my second stop-by, where I tour the brew room with Centanne and get to sample an about-to-release eighth beer right off the fermentation tank, pre-carbonated and not yet cold crashed but already outstanding as an experimental-hop hazy IPA with outwardly aggressive citrus (I like!) that he says will smooth out properly in the finish. He tells me he intends to always have three unique hazies on tap so guests can enjoy their subtle differences as he plays with stylizing ingredients like lesser-used hops and/or yeasts. We use lots of nerdy beer adjectives in our chat, talking about resinous aromas, good head-retention and lacing, varying final gravities resulting in sweeter or drier flavors and creamier mouthfeel. We both have grown to despise overly saccharine lactose beers, so it’s cool for me to learn more about other unfermentable sugars and other adjuncts like flaked oats or Carapils Dextrine malts to achieve the coveted hazy characteristics. A well-attenuated brew’s always the goal, and he’s not shy in citing Frisco’s Outer Range Brewing as an area leader, calling their flagship In the Steep “the pinnacle of the hazy game.”

Anyway, I get to apply all this gabbing to some tasting with the equally awesome Montage Music New England IPA and 976-Haze NEIPA, the first with a more subtle grassy aroma, commendable creaminess and richness, and a fun focus more toward tropical hops than typical citrusy. The 976 has nearly 100 pounds of blood orange purée in it (so much it adds a little orange hue to the opacity) and “a ton of hops, for a dank nose,” says Centanne. It tastes wildly juicy, with bitter orange essence fused with the hoppiness; I take a crowler home. Fans of Centanne’s West-Coast-style IPA — a bestseller for him at Iron Bird, named Propaganda — will be glad to hear he’s revived it here; it’s also big on hops and bitterness, heading more a grapefruit direction aroma-wise and finishing less sweet and velvety.

With the non-IPA beers, Centanne says “even with familiar styles, I want to do unexpected little things — for every beer to have its own character and not be a copy.” For the Sapient Adjacent Hefeweizen for example, it means intentionally dialing up the banana perception (inherent to the ester) with an undisclosed grain addition to a traditional grain bill. Hefe fans should go ape for it. Keep an eye out for many kettle sours ahead, too.