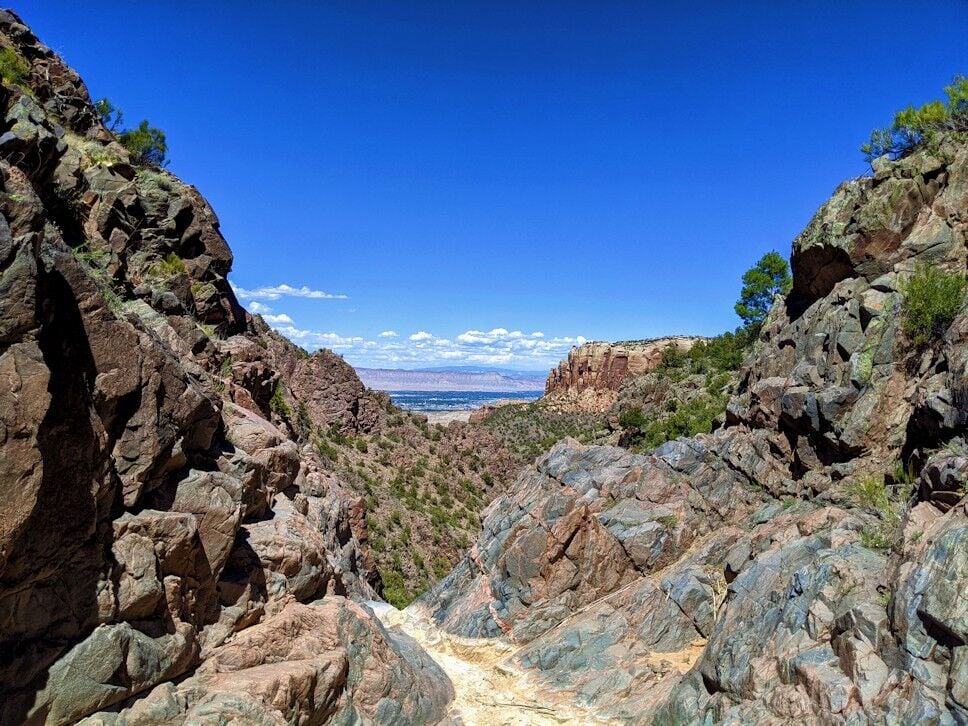 Looking towards Grand Junction from No Thoroughfare Canyon 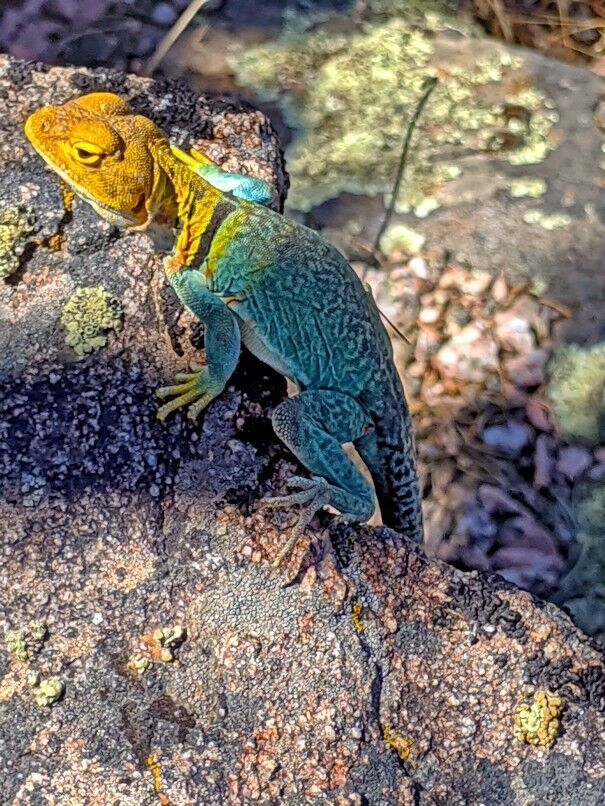 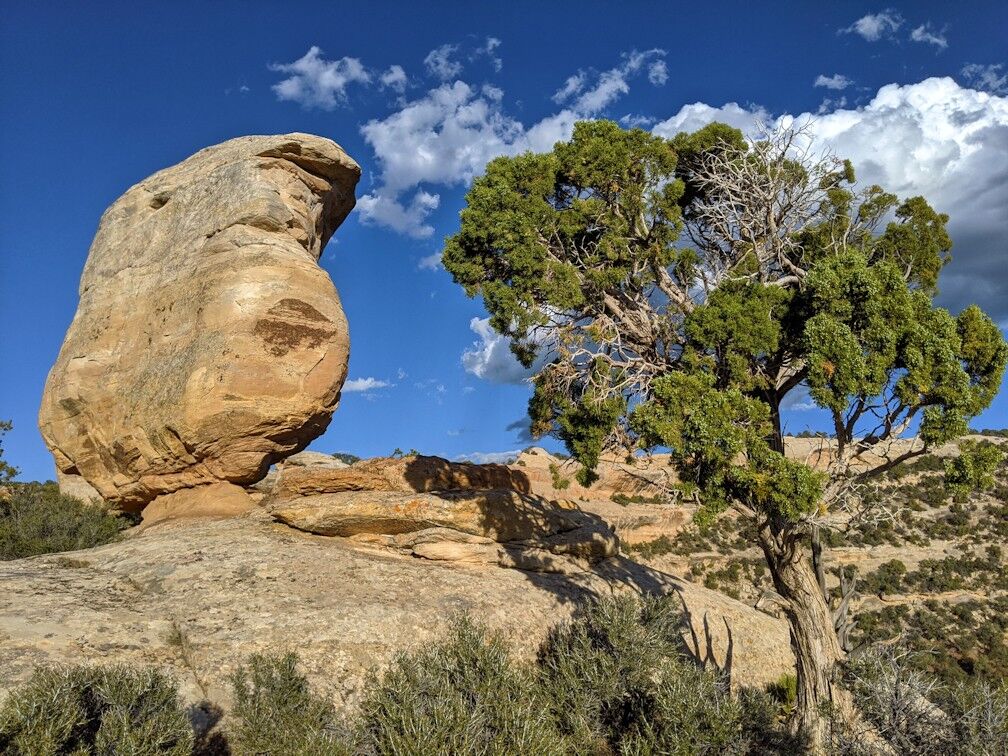 For me, the area around Grand Junction was for years my equivalent to what politicians refer to as "fly-over" states.  It was one of those places I would try to pass by as quickly as possible while on my way to places further west, such as Arches and Canyonlands National Parks, near Moab, Utah. A few years ago I made a point of not zipping by, but instead spending some time at Colorado National Monument.  Abutting the west side of Grand Junction, and right off of I-25, the sprawling National Park Service site is not only stunningly beautiful, with photo opportunities galore, It also has some great hiking trails. I returned a couple of years later and explored more great hiking trails in the monument, and also in the adjacent McInnis Canyons National Conservation Area, a large swath managed by the U.S. Bureau of Land Management.

On a recent trip there,  I hiked the Ladder Canyon Trail, also known as the Mica Mines Trail. It was a nice little trail that wandered through a canyon, past old Mica mines that you really can't get too close to, due to collapse hazards. Most people, it seems, go as far as the mines, a round trip hike of about 2.5 miles or so. Since going just where everyone else goes isn't my kind of thing, I took the trail further and further into the canyon until, well, I almost ran out of canyon.  Hikers who don't go past the mines are really missing out on a nice secluded hike between towering canyon walls and a variety of plant life. At one point, in a particularly narrow part of the canyon, a little rock scrambling is needed to continue on, and this section is a little dicey on the return trip. While the border between BLM and private land isn't marked, and the trail goes further than indicated on maps, I turned around at what looked like an old fence and where the canyon split into two canyons for a hike of a little over 6 miles.

My other planned hike for this trip was down No Thoroughfare Canyon in Colorado National Monument.  Officially a unmaintained, undeveloped "route" instead of a "trail" for about 5.5 miles of its roughly 8-mile length, my hike down didn't go quite as planned. My suggestion is to hike in from the Devils Kitchen Trailhead just inside the east entrance of the park and hike as far as the second waterfall.  Then, turn around and go back.  If you're lucky, you'll spot one of the colorful Collared Lizards that inhabit the area.

Sometimes, you find a place you're not looking for and it ends up being a pleasant surprise. Such was the case when I stumbled upon the Miracle Rock Picnic Area, on a tiny spit of BLM land more than 20 or so miles southwest of Grand Junction (it's actually closer to Utah than it is to Grand Junction). Normally, a picnic area isn't much to get excited about, but the Miracle Rock that the place is named for is the largest balanced rock in the world, according to an informational sign at the picnic grounds. The sign has a lot of historical information about families that settled the area, but nothing about what made the rock the "miracle" that gives it it's name. Go Figure. The sign also makes mention that the rock is also known as "Potato Rock", which is an accurate description if you look at it from just the right angle and squint just right. Miracle Rock is an easy half-mile hike and is impressive to see. The views from the bluff that the rock is precariously perched on are really nice, too.

Next time you're planning a trip to red rocks country in Utah, add in a few days and visit the area around Grand Junction. You won't be disappointed.

As always, when traveling, check your destination for any COVID-19 restrictions. Don't become an unwanted burden, especially on small towns.

Be Good. Do Good Things. Explore.